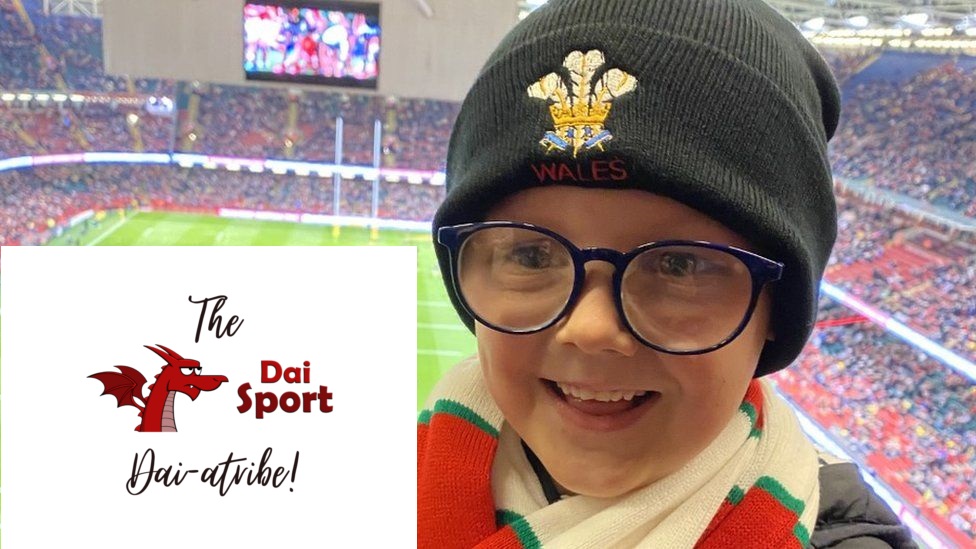 You’re a six-year-old boy whose just been vomited on during your first ever visit to the national stadium. But come on son, brush it off.

Your parents might have told you a treat was in store, and had you believe you’d be experiencing an atmosphere you’ll never forget. But that’s their problem.

After all, no one forced you to be here. And a clear majority don’t get spewed on, so what’s the issue?

And if you weren’t prepared to be soaked in regurgitated lager while trying to support your country playing rugby, well quite frankly, you’re in the wrong place.

Oh, and by the way, kid. Haven’t you heard of the alcohol-free zone?

These were not the exact words trotted out by the Welsh Rugby Union towards Joey Delaney and his parents, but the sentiment was clear.

Yeah, shame. But hey-ho, not everyone inside our ground is discharging body fluids from front and rear, falling over other fans, throwing up in the toilets, or blocking others’ view while they go for a pee, so let’s just crack on.

By the way, arrive early for the Six Nations and make the most of the bars.

Interestingly, the pissed-up fan who fell onto the pitch – rather than onto someone’s lap – was quickly banned for life.

Dai Sport has been campaigning for a ban on bringing booze to the seats for three-and-a-half years, since we dubbed the place the World’s Biggest Wetherspoons.

It was supported by countless others in the game, but the determination of the WRU to put cash takings above any meaningful change is just as clear now as it was in 2018.

No amount of shaming seems to worry them. Like a rowdy pub’s landlord on a Sunday morning, the Union think they can wipe the sticky-beer residue and flecks of vomit from their own reputation with the quick show of a dirty rag.

How else can we consider their pathetic response to Saturday’s ‘spewgate’ drama?

The Union pay handsomely to employ media specialists, busy pumping out messages about “passion” and “belonging” inside their stadium.

On the degrading treatment given to the families whose experiences were ruined, those same social media accounts have been strangely silent.

Instead, there was a mealy-mouthed statement about how more than 275,000 fans attended the autumn series games and the ‘majority’ were responsible.

They also reminded us it was policy for staff to intervene if people are visibility intoxicated – which given the scenes surrounding many over the years, can only lead one to assume that a beer-induced coma means exemption.

@WelshRugbyUnion why wait for the stewards report?! You should make Joey Delaney the mascot at one of your @SixNationsRugby 2022 home matches. Imagine going to your first rugby match & this happens to you! https://t.co/CctDpXqaHN

There was even the breathtakingly arrogant and out-of-touch assertion from WRU chief executive Steve Phillips that the November games had actually managed to “preserve the reputation for excellence that we have today.”

This is the kind of public relations that worked so well for Yorkshire Cricket Club and their chief exectuive Mark Arthur after his “eight fantastic years” before he was ordered to stand down.

Respected Welsh sports journalist Delme Parfitt, however, was among many to call for a real response. To refund tickets, to investigate why a man was allowed in blind drunk, and above all, to concede change was needed.

Delme’s been around a bit, though. So, he won’t be holding his breath.

An alcohol-free zone was introduced to the stadium some time ago, a gesture about as token as a silent area in a night-club.

Saturday’s incident, and the growing voices of displeasure that have long been ignored when the  statistics are rolled out, should have been the catalyst to instigate a statement of intent from the WRU.

Does alcohol need to be served during a game? Does it need to be carried every two minutes to someone’s seat?

Do the normal, decent fans, the ‘majority’ as they are known in corporate speak, deserve to have their viewing restricted by frequent bar-goers?

This should be a watershed moment where those in suits seriously ask such questions, and come up with a solution stronger, and braver, than the usual ‘nothing to see here’ approach.

At present, the WRU have a serious alcohol addiction. They seem to think they cannot live without it.

.@WelshRugbyUnion you must:
Investigate why drunk was allowed in;
Refund family for tickets;
Give them free tickets to 6N game;
Invite boy to spend a day with the squad at the Vale;
Realise the huge PR damage done over stadium drinking issue this autumn.https://t.co/5efcmVQ8JV

Stop selling it for 80 minutes – or ensure people who drink watch from the bars – and the financial world will implode, is the view of the governing body.

But like any addict, they need to recognise and admit their addiction before they can deal with it.

Because eventually, it’s going to kill them.

Soon enough too many people will be driven away from spending big sums of money to watch rugby in Cardiff. It will lose its appeal.

Why have your child chundered over by some gratuitous slob, when Jeff Bezos can bring the game to your living room or clubhouse for the price of a soon-to-be cancelled subscription?

The attendance numbers this autumn have been impressive, then perhaps they were always going to be, with the everyday fan having been denied the spectacle of live international rugby for nigh on 18 months.

But once the novelty of going wears off, so, too, could the desire to buy tickets.

Little Joey Delaney could be a funder of the sport he loves for years.

Or he may just find something else to do. There’s plenty out there.