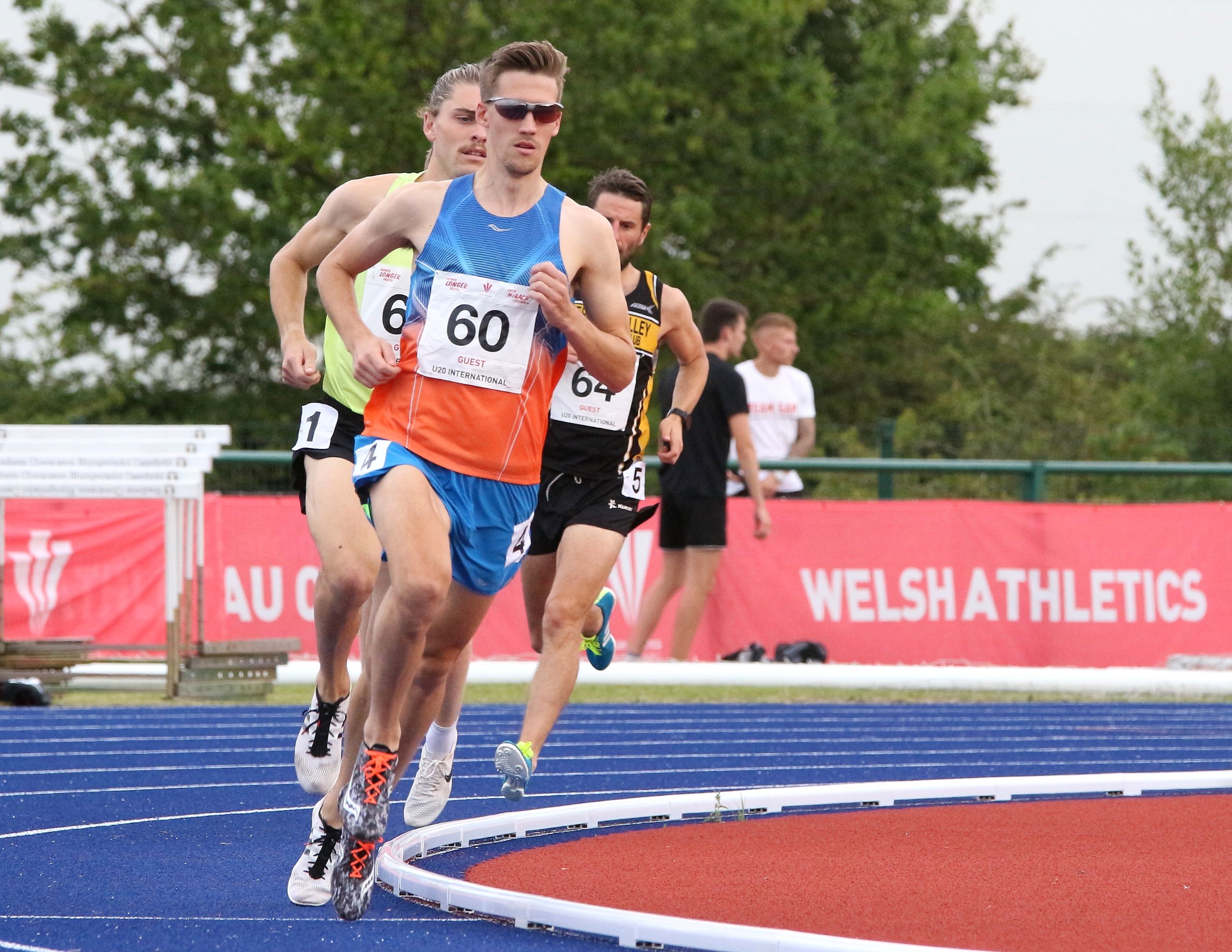 Ieuan Thomas will be among those in action this weekend.

A stellar 3,000m race, the world’s fastest sprinting Santas, officials dressed as elves and wall to wall Christmas tunes will be just some of the highlights at an indoor athletics meeting in Cardiff this weekend.

The Cardiff Met Christmas Classic combines all the fun of the festive season with a top class athletics meeting boasting some of the most exciting talent from across the UK.

Sunday’s annual event at the National Indoor Athletics Centre (NIAC) has become the traditional curtain raiser to the indoor athletics season in Wales and this year it promises to be and better than ever.

Cardiff Metropolitan University’s performance director of athletics James Thie says: “It’s a meet that’s got really good history, it’s been going in this format for the best part of 15 or so years.

“But it’s fairly unique as it’s the only indoor track meet in the UK that’s got a Christmas theme to it. We play Christmas music from start to finish. All the officials are in Christmas jumpers and dressed as elves and Santas.

“Each of the winners get a prize from under the Christmas tree and we also have the Santa Dash, which is probably the fastest 60m dash dressed in full Santa gear. So, I think we can claim a couple of world records with that!”

The university-organised event is part of its indoor Grand Prix series. The meeting is the last of the calendar year, but also marks the beginning of the indoor season. This year it has attracted more than 300 entries.

Thie says: “In the last few years it’s just got bigger and bigger. We used to get about 150 entries, but this year I had to cap entries because last year it was manageable but it was a monster of a meet.

“So I had to put some caps on some of the events to make sure I didn’t oversell something I couldn’t deliver. Which is a great situation to be in, there’s not many meets around the country that have to turn people away.

“I’ve had 10 or 15 emails in the last few days from people begging to get in but I’m having to say no. I feel terrible, I feel like the Grinch!”

Such has been the recent success that Thie has this year managed to attract four new sponsors for the event.

The growing stature of the Christmas Classic is reflected in the quality of entrants.

Thie says: “We’ve got some events that are going to be absolute Christmas crackers. The men’s 3k, for example, could be almost as good as a British national championship race.

“If you look at it terms of entry that’s our bumper event, there are almost a hundred runners, it just fits that time of year when people are coming off their cross country season and the roads.

“This time last year Cardiff Met’s Piers Copeland won the race in the first sub-eight minute time and he’s back again. In the interim he got a silver medal at the European Under-23 Championships.

“You then throw into the mix the likes of Ieuan Thomas, who’s obviously been to the world, Commonwealth and European Championships in the 3,000 steeplechase.

“We’ve got some people coming down from Leeds who are very good. We’ve got Ossama Meslek who is European under-23 1500m finalist and Italian international and Phil Sesemann, a 7.55 3,000m runner who’s represented GB.

“And then we’ve got our very own, another Cardiff Met student, Jake Smith, who broke the British under-23 half marathon record a few weeks ago in 62 minutes, so he’s stepping down for a bit of under distance work.

“There’s a whole lot of other guys, a few coming down from Scotland, if these guys run to their capabilities, we could have a hatful of people going low eight minutes or under eight minutes.

“With the ladies, we’ve got Lauren Cooper, who’s another Cardiff Met student, and a whole load of women who are going to be running super fast times in there as well.

“We’ve got some great events in the field with the likes of Becca Chapman, the Welsh record holder in the long jump, she’ll be here to finish off her 2019 season.

“And then there’s a whole host of youngsters, a lot of our talented youngsters coming through the different events which makes it really exciting.”

“There’s a nice atmosphere to it, but performance wise we are talking seriously good performers on the track and field as well. There will be some great performances with a Christmas atmosphere as well.”

Full details can be found on the Cardiff Met website.