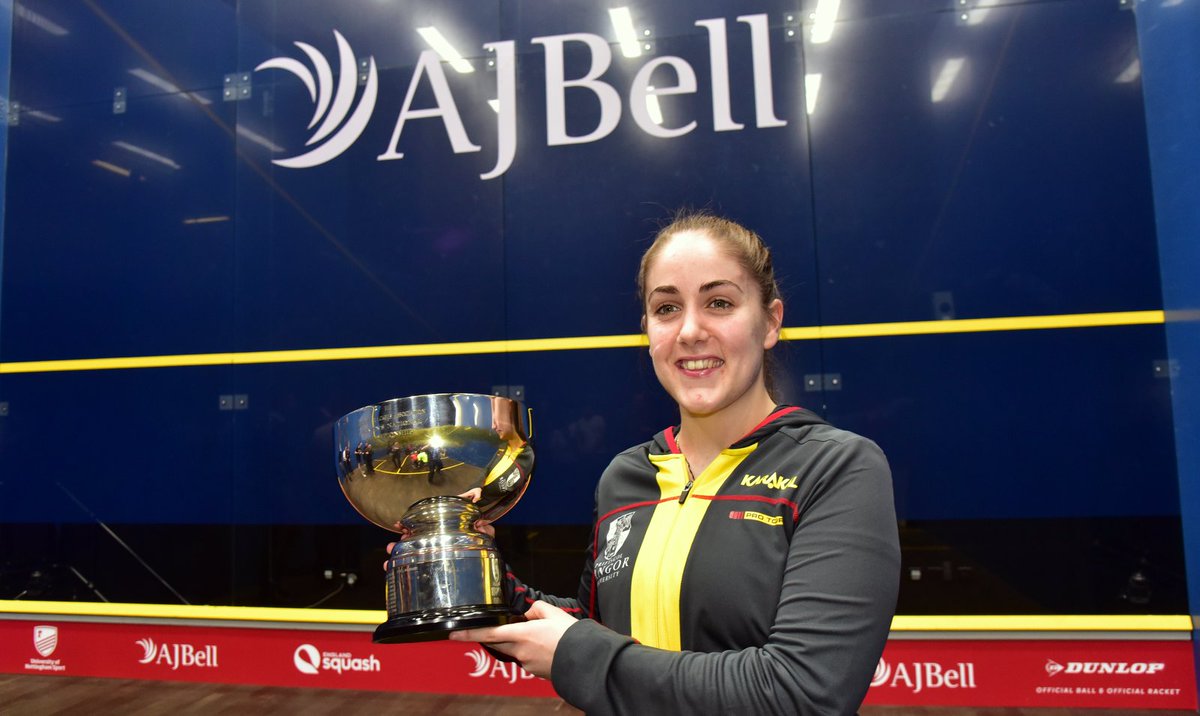 Evans was seeded three for the event where she became the first Welsh winner last year and can now set her sights on a hat-trick of titles.

“It’s pretty special,” said Cardiff-born, Rhyl-based Evans. “It makes it even more special that I can defend it and take it back to Wales, that makes it even better.

“Last year was amazing to win it and I definitely didn’t think I’d be standing here after winning it again.

“It feels amazing, and I’m happy with how I played as well.”

“I’m just happy with how I played because I can’t play much better than that, so it was perfect.

“I’d love to win a third title, that would be amazing!”

Evans was favourite to see off the fourth seed Whitlock having dispatched No 1 seed Laura Massaro at the semi-final for the second year in a row.

And Evans was in control throughout, taking the first game with a run of eight consecutive points against Whitlock who was appearing in her first final.

Whitlock, who has beaten No 2 seed Alison Waters in the semi-final, responded after losing the first six points of the second game by bringing it back to 6-06 before Evans again responded.

Evans, seeded 11 in the world, went on to complete the win in straight games to retain the trophy.