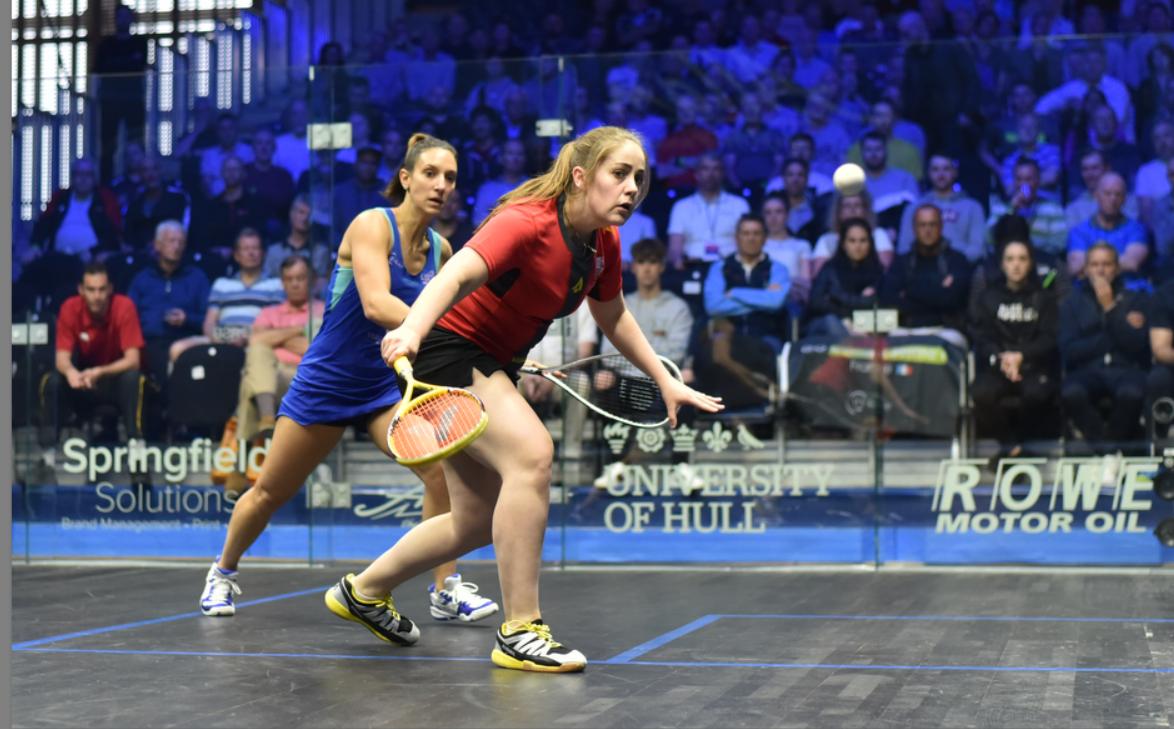 Tesni Evans pinned Camille Serme to back of court in third game, but lost out in tough battle.

Tesni Evans saw her British Open hopes ended in a third round defeat against former champion Camille Serme in Hull.

The Rhyl-based player staged a third game comeback after losing the first two games to her French rival.

But a tough, five-game match in the second round against Julianne Courtice and the efforts in reaching the final of the Manchester Open last week looked to take a toll.

But Serme admitted she had been nervous knowing Evans had staged that epic comeback from two games down to beat world No 3 Nour El Tayeb in Manchester.

Cardiff-born Evans had lost her previous eight meetings against serve on the PSA World Tour and despite the third game comeback it was a similar story in the end.

“I was thinking about Manchester, I was home watching all the matches, and I knew she could come back,” said Serme.

“I was becoming a bit nervous, but I tried to push hard, make the rallies long, and tried to play on the physical aspect of the game.

“It’s been a big season with the French team, for sure. Personally, there have been no titles at all, so I want to give a big push here. I’ve been quite consistent, and I’m happy with that, I just need more luck maybe at the end.

“I think everyone looks forward to this one, there are a lot of great memories for me, that’s why I want to give it a big push to make it as far as I can.”