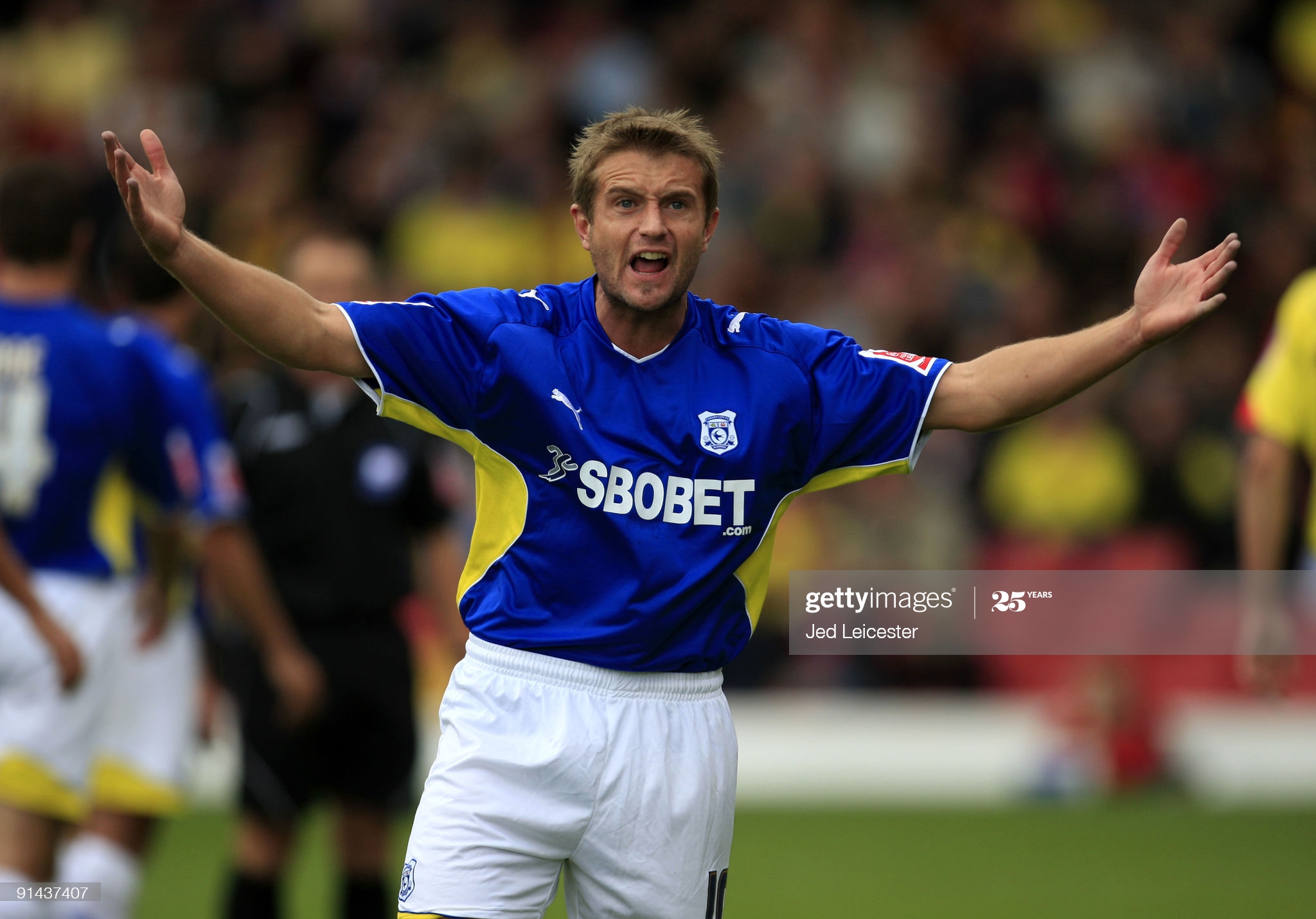 Manager Neil Harris and his Bluebirds take on Barnsley in a Championship clash at Cardiff City Stadium on Tuesday. Dai Sport’s Terry Phillips reflects on Michael Chopra and Stephen McPhail – who became Bluebirds legends after playing together with The Tykes.

Michael Chopra is adamant that Stephen McPhail was the best footballer he played with – for Cardiff City and Barnsley.

The close pals spent 2004-05 playing alongside each other for Barnsley – ‘Chops’ scored 17 goals – and a lot longer together for the Bluebirds.

“Steve McPhail was the best,” said Chopra. “What he brought to my game was a lot more than people thought.

“I was at Barnsley with him and were able to continue the relationship we had on the pitch. We also bought houses next door to each other and it was brilliant.

“Macca was the best because you look at the goals I was scoring and a lot of them came from him. The player I became, he made me that player.

“If he didn’t produce those chances for me and I didn’t stick them away then I wouldn’t have got the move to Sunderland.”

The silky-smooth McPhail oozed class, a midfield playmaker who became far more of an all-round player during his two seasons playing for Barnsley.

He had made the move from Leeds United’s Elland Road, where he struggled to shake off injuries, to Barnsley’s Oakwell and said during a Q&A with the View from Ninian website: “Those years proved crucial.

“I improved at the stuff I was supposedly weak at, the hustling and harrying. My all-round game developed.”

Cardiff spotted the progress ‘Macca’ was making and Bluebirds manager Dave Jones arranged to meet the Dublin-born Irishman during the evening before Barnsley’s League One play-off final against Swansea City at Cardiff’s Millennium Stadium.

McPhail snuck away from the team hotel room at the Vale of Glamorgan for a chat with Jones and by the time he helped Barnsley win the final after a penalty shootout he already knew it was his last appearance for the Tykes.

The score after extra time was 2-2 and Barnsley won 4-3 on penalties. McPhail was among the Barnsley spot-kick scorers.

There was more joy when he was appointed Cardiff captain for their FA Cup final against Portsmouth in 2008, saying: “I was one of a select number of Irishmen to captain a team on FA Cup final day. A massive high.

“Most of the game, a 1-0 defeat, I’ve forgotten about, but leading the Bluebirds team out will stay with me forever.

“The first result I look for is Cardiff. Cardiff have passionate, loyal fans who treated me well when I was playing for the club.”

McPhail returned to Yorkshire after his Bluebirds adventure ended and played for Sheffield Wednesday before returning home to Ireland.

Wednesday had offered him a new contract, but he said: “I took my time making the decision.

“In the end, though, it was easy because I wanted to see my children, Joel and Kari, grow up and be there for their activities.

“Being away from them and Michelle was horrible, saying goodbye every Sunday and knowing it would be a week, at best, before I could see them again.

“I’m a dad and wanted to be there for them. So, okay, there was a lot to think about because I have been in English football nearly 20 years now, but I know exactly what I’m going back to.

“My grandad Paddy took me to Shamrock Rovers games, while we went all round the country supporting Home Farm, too. This is something I’ve always wanted to do.

“When I was a kid, I loved the League of Ireland. There wasn’t a week that would go by where I wouldn’t be at some game.”

Now aged 40, McPhail is sporting director at Shamrock Rovers, who are unbeaten after 14 matches and lead the League of Ireland Premier.

He took on the role of interim coach and played a leading role in the appointment of the new Shamrock head coach Stephen Bradley, saying: “During his period in charge I witnessed first-hand Stephen Bradley’s ability operating in a difficult and challenging environment.

“He is one of the best young coaches I’ve seen during my time in football and he is absolutely the right man to lead the first team forward.”

McPhail is involved in player recruitment and provides a link between the academy and senior teams, but the best news is that he feels fit and healthy after the illnesses he endured during his seven seasons with City.

“I’m good now. Physically and mentally, this is the best I have been and hopefully I will live a long life,” McPhail, now 40,  added.