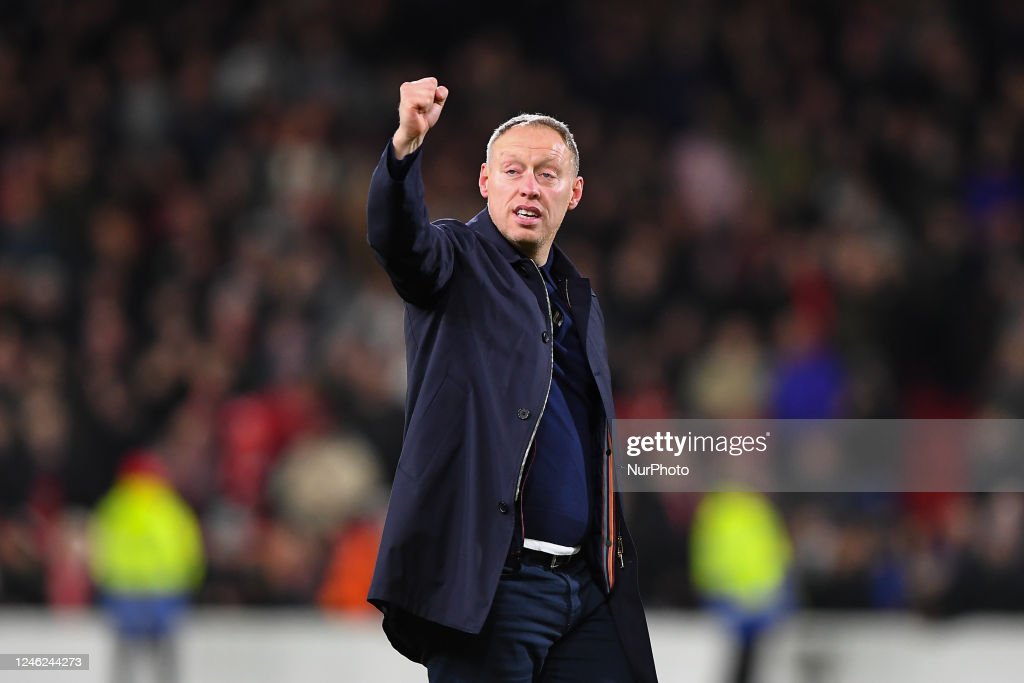 Wales’ Steve Cooper says Nottingham Forest’s history is something those currently at the club embrace and want to use as motivation as they look to create “new moments”.

On Wednesday, they play in the semi-finals of the latter competition for the first time in 31 years, taking on Manchester United at home in the first leg before heading to Old Trafford for the second leg a week later.

One of two Welshmen managing in the PL, Cooper, who last season guided Forest back to the Premier League after a 23-year absence, said when asked how important the club’s history was to him when heading into big games like Wednesday’s: “I think we embrace it.

“We try not to (let) it be a hindrance or an added pressure. We want to use it as a motivation, to understand who we are and what we represent.

“I’ve said from the moment I walked in (in September 2021), you can’t get away from the history of this club, and you shouldn’t, so embrace it, represent it as best you can, but in a modern way, in a way that we’re trying to look forward, trying to create new eras, positive eras, new moments.

There hasn't been a point in Steve Cooper's time at #NFFC where he hasn't understood what it means to be a part of this football club.

“I think that’s a good balance. This club is what it is because of its history, and we should always be proud of that.”

After coming up via the Sky Bet Championship play-offs, Forest are currently 13th in the top flight, and go into the tie against Erik ten Hag’s United having lost only twice in their last 11 matches in all competitions – 3-0 away to the Red Devils in December, and 4-1 at Blackpool in the FA Cup earlier this month.

The former Swansea City boss added: “We’re really excited about it, that’s for sure, and to put Nottingham Forest on the stage of the semi-final of an important competition is right, and it’s been a long while.

“We’re really pleased to put the club on this stage again and we just want to make sure we do ourselves justice.

“Even before this round, we have been very clear about the club’s history in this competition to the players. I remember before the Tottenham game (a 2-0 win in round three), we showed them the history, and I know it was a fairly long time ago, but that’s why supporters will get excited about this tournament, why they will put big importance on it, and we have to respect that, and we would anyway. So the players are aware.

“It’s obviously a different era now and a different generation, and not just with the League Cup, we are trying to create new positivity around the place, and the League Cup is inclusive in that. So, we’re really looking forward to the game.”

Meanwhile, Forest and Wolves have been fined by the Football Association for the brawl which followed Forest’s penalty shoot-out win in the quarter-final.

Tempers flared at the City Ground with players and staff from both sides confronting each other after Dean Henderson saved Joe Hodge’s spot-kick.

Forest have been fined £40,000 and Wolves £45,000 after both clubs admitted “failing to ensure that their players and benches conducted themselves in an orderly fashion and refrained from provocative behaviour after the final whistle”, according to the FA.