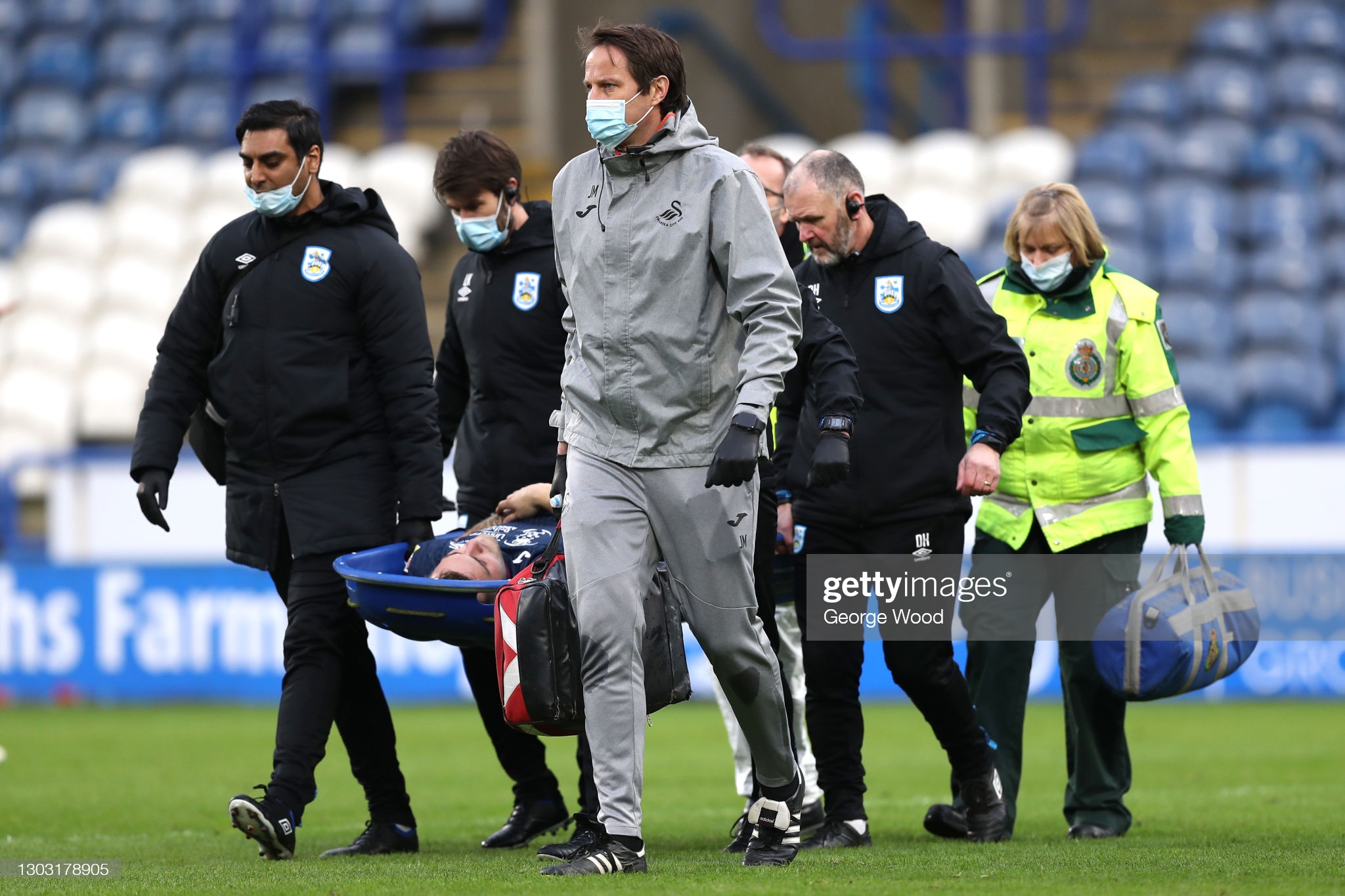 Jordan Morris is stretchered off having come on as a sub. Pic: George Wood/Getty Images

Steve Cooper said Swansea City paid a heavy price after failing to do the basics as they were also hit with a worrying injury to Jordan Morris.

And they then lost Morris who was stretchered off with an ankle injury after coming on as a half-time sub leaving them with 10-men.

“It doesn’t look good,” said Swans chief Cooper of the injury to the American who joined last month.

“I don’t know the extent of it. He’s in a lot of pain. We’ve all got our fingers crossed for him.

“He’ll travel back wit us. He’s currently in a knee brace and on crutches. He’ll get the best attention as soon as possible.”

The Swans are fourth but just one point behind second-placed Brentford – who lost at Coventry earlier – with two games in hand.

But defeat against a side that was struggling at the wrong end of the table will be a disappointment for Cooper’s side.

Of the 19 goals the Swans have conceded in the Championship this season six of them have been scored by the Terriers who celebrated first league double them.

Former Cardiff City striker Fraizer Campbell have given the home side the first-half lead with a sweeping shot into the bottom corner.

But on-loan midfielder Conor Hourihane produced another stunning free-kick to leave just before the interval with his fourth goal in five league games.

Huddersfield keeper Ryan Schofield, though, will surely feel he should have done better.

Lewis O’Brien regained the lead just after the restart before a Duane Holmes double – all three goals coming before the 55th minute – sealed a much-needed victory for Town.

Morris had replaced Jamal Lowe but was then stretchered off after landing awkwardly on the ball and needing lengthy treatment on his ankle.

With all five substitutions made, Cooper’s side had to play the remaining 25 minutes minutes one man down.

“It was a tough and disappointing afternoon, and we only have ourselves to blame,” added Cooper.

“We were off with the basics today, both with and without the ball, and in the end if you don’t do those it can cost you. That’s what happened.

“The goals we conceded were good finishes, but the areas they got into were things we had worked on to try and prevent.

“We knew it was coming, so that is disappointing.

“The way we started the second half meant the changes we made did not have the impact we desired, and the game was quickly out of sight.

“It was uncharacteristic of us, but if you don’t do the basics you run the risk of what happened. It’s not a complicated one to work out.”