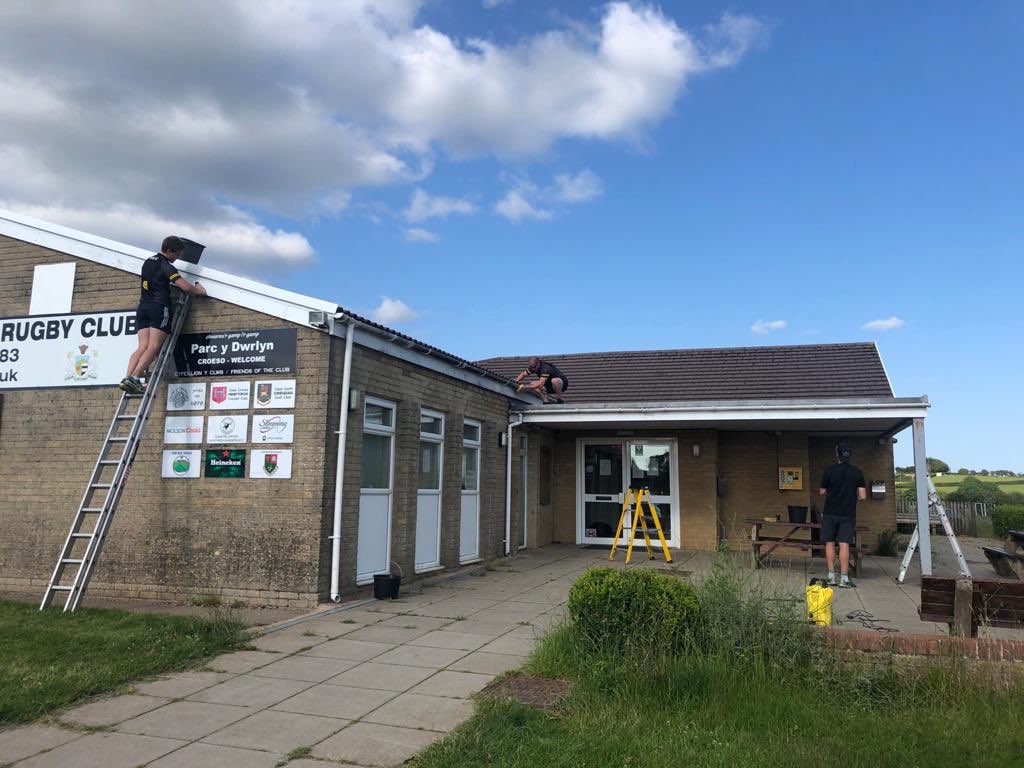 The clubhouse at Pentyrch RFC.

Forest Green Rovers like to promote themselves as the world’s greenest sports club, but one day Pentyrch rugby club could give them a run for their money.

Certainly, the club just north of Cardiff are heading in the right direction. Not only have they decided to install solar panels on the clubhouse roof, but they are also planning to use savings on their bills to invest in walking rugby groups for both male and female players.

None of this would be possible from their own funds, so the club made a successful bid for a grant from the Be Active Wales Fund, which has now moved into the stage of trying to help sports clubs become more sustainable after the current pandemic.

Just over £8,000 was given to the club, who hope to start work on the installation of the 24 panels very shortly.

Forest Green – and their high profile green energy entrepreneur owner Dale Vince – have had solar panels on their stadium roof for a number of years.

They also use seaweed instead of chemical fertilizer on their pitch, have charging points in their car park for the staff’s fleet of electric vehicles, and do a delicious line in spicey vegan burgers on a meat-free menu.

Pentyrch may not yet boast such green credentials, but the hope is that by generating their own electricity they can massively reduce their carbon footprint as well as their bills.

“We use a lot of electricity and our bills are around £6,000 a year,” says Gareth Williams, assistant secretary of the club who play in the Welsh Rugby Union’s National League Division Three East Central A.

We’re really grateful to have received our #BeActiveWales Fund that will enable us to install solar panels! Thanks to @welshgovernment and #NationalLottery for your support!👏

Find out how funding could help your club too at https://t.co/wDyYnKoCjP

“With all the fridges and freezers and various contraptions working in the cellar, we eat up a lot of electricity.

“The hope is that we can reduce that by at least 50 per cent, if not more. The idea came from our own club treasurer, who’s very thrifty, and has made big savings on the panels installed at his own home.”

The financial projections are that the panels will have paid for themselves within five to six years and the bills will be down to around £2,000 a year.

The club benefit from being situated within a large open space, with the main roof facing south – a useful benefit in trying to catch all those valuable rays.

Solar panels have been on the club’s wish list for a few years and they are also keen to replace their old style gas boilers with new heat pumps.

Again, the up front costs would be recovered through cheaper bills with the money ploughed back into a club that runs two senior teams, a youth team, a women’s touch rugby team and 250 children in their mini and junior sections.

They produce quality elite players, too, including recent Welsh internationals Seb Davies and Robin Sowden-Taylor and before them, Brian Davies, who captained and coached Pentyrch and also won three caps in the 1960s, but sadly died last September.

When the screeching halt came to community rugby matches last season, Pentyrch were struggling near the foot of the table, but they are optimistic that when players are allowed to resume training and playing, their squads will be as self-sustaining as the roof over their heads.

“It has been a struggle at times to get teams out for some matches, but the encouraging thing was that when the first team were allowed to start training again after the first lockdown, we were getting over 30 players training every session,” says Gareth.

“So, fingers crossed that we can all get back on the pitch in the near future and play the community role that we were doing before.

“We’re a club with a proud history, but we also always look to the future and what the next step might be.”