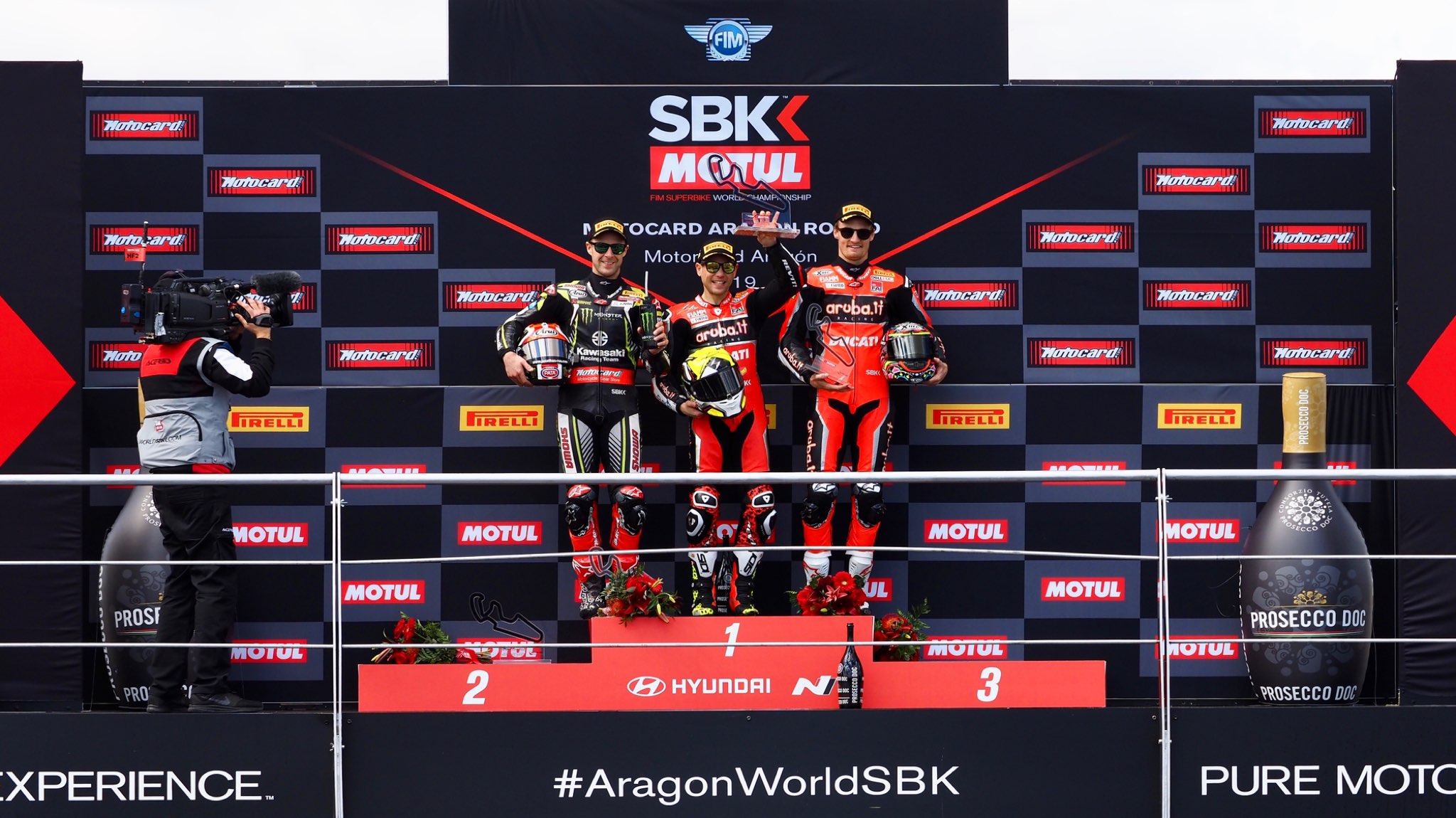 Chaz Davies bagged his second World Superbikes podium of the weekend with third in Sunday’s race at Motorland Aragon in Spain.

The Powys-flier followed-up his third place in Saturday’s race while he was also fourth in the sprint race earlier on Sunday.

Aruba.it Racing Ducati team-mate Alvaro Bautista won all three to maintain  his perfect start to the season as the Spaniard made it nine straight wins in his rookie year after switching from MotoGP>

Davies was second going into the final lap on a track where he has triumphed seven times during his career.

But a slight error allowed reigning four-time champ Jonathan Rea to slip past after a terrific three rider scrap for the minor podium spots with Leon Haslam on the other Kawasaki.

The 32-year-old Welshman tried to get back at Rea in the closing corners but had to settle for third after fending off any threat from Haslam.

Bautista’s triumph equalled 2003 Neil Hodgson in winning the opening nine races of the season while it also gave the Italian manufacturer its 350th victory in the series.

Davies’ 36 point haul was his best this season after two disappointing rounds in Australia and Thailand as he moved seventh in the standings on 56 points.

But he is 130 points behind team-mate Bautista who leads the standings by 39 points from reigning four-time champ Rea.