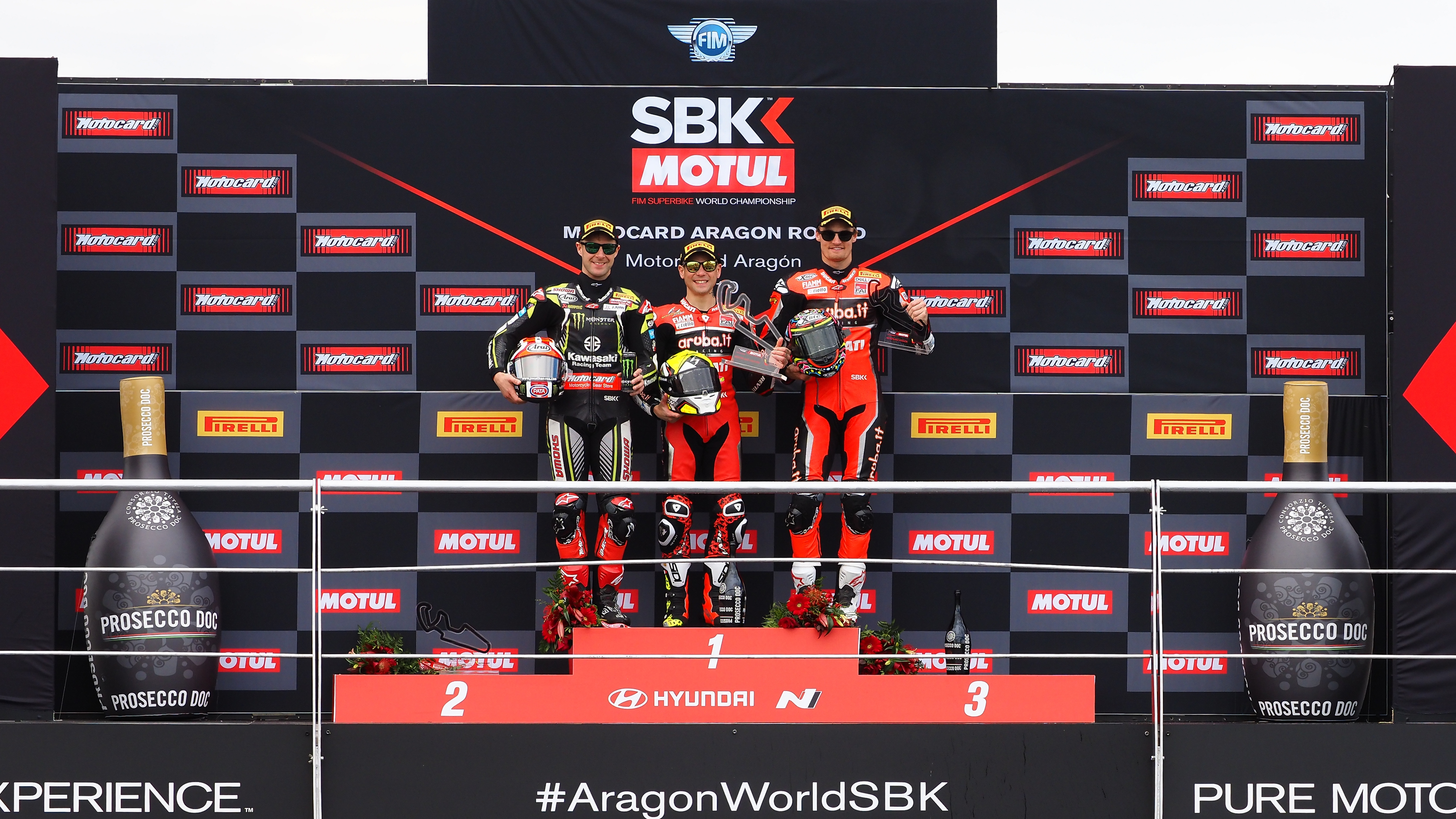 Chaz Davies bagged his first podium of the season after finishing third in the opening World Superbikes race at Motorland Aragon.

The Knighton-born rider battled his way up from eighth on the grid on a Spanish track where he has seven wins in his career.

Davies will be hoping the third spot will be the kick-start to the season he was looking for after two disappointing rounds in Australia and Thailand.

But Davies saw Aruba-it Racing team-mate Alvaro Bautista maintain his perfect start to the season with a seventh straight win.

The Spaniard saw off reigning four-time champ Jonathan Rea who again had to settle for second place.

“I’m really satisfied with the result, more so for my team and my side of the garage than me, because they’ve been working so hard all through the winter,” said Davies.

“It’s not easy when things are not going so well, but we’re always working hard looking for answers and trying our best whether its tenth or here on the podium.

“I had a nice battle with Johnny and Alex, I really enjoyed it. It felt like I probably had better pace but I wasn’t able to get out of the group. I had a couple of issues at the end of the race that kept me out of the fight for second otherwise things were quite solid with the guys running for the podium this season.”

Bautista blasted into the lead with the battle for second raging behind him with a seven-bike train scrapping for the podium.

Davies was up to fourth after just two of the 18-laps on the track which has been so good to him in the past.

The 32-year-old had a fierce last lap scrap with Ulsterman Rea for that second spot but going into turn 14 he was clipped by Eugene Laverty.

As Laverty crashed out Davies was able to stay on board his Ducati but knew any chance of snatching second was over.

Davies will be hoping to maintain the momentum in Sunday’s sprint race and second race having moved up to seventh in the Championship standings with 34 points.

Bautista leads on 149 points in his first season since his switch from MotoGP with Rea 31 points behind for Kawasaki.