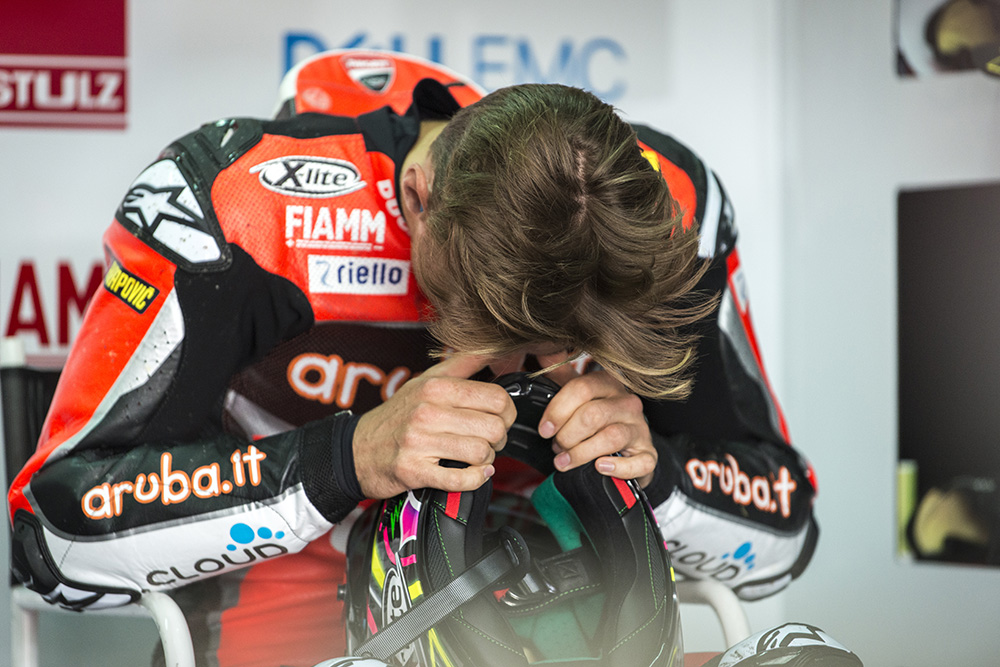 Gutted Chaz Davies will be hoping for better fortune in Sunday’s World Superbikes race after seeing his victory hopes vanish on the opening lap at Imola.

The Knighton-born rider had roared back to the top of the grid by bagging his first pole of the season on the Italian track.

But any hopes of converting that into his first win of the season on his new Panigale V4 R bike were ended by an electrical fault which forced him to retire after just a few corners.

Davies, 32, said:  “I’m massively disappointed because I saw the race as a big opportunity.

“I felt a big improvement with the bike, the crew did a fantastic job and we made another step forward. I did a record lap in Superpole, was looking forward to fighting with Johnny and putting the bike on top of the podium.

“I didn’t have a lot to lose but I didn’t get very far. It seemed like an electrical problem, because the bike lost power coming out of turn 4 and Johnny overtook me.

“It’s a pity, I’ll try and get a good result (on Sunday) but the weather doesn’t look so good.”

Davies is now seventh in the Superbikes standings with 76 points after a difficult start on his new bike and 180 points behind Bautista.