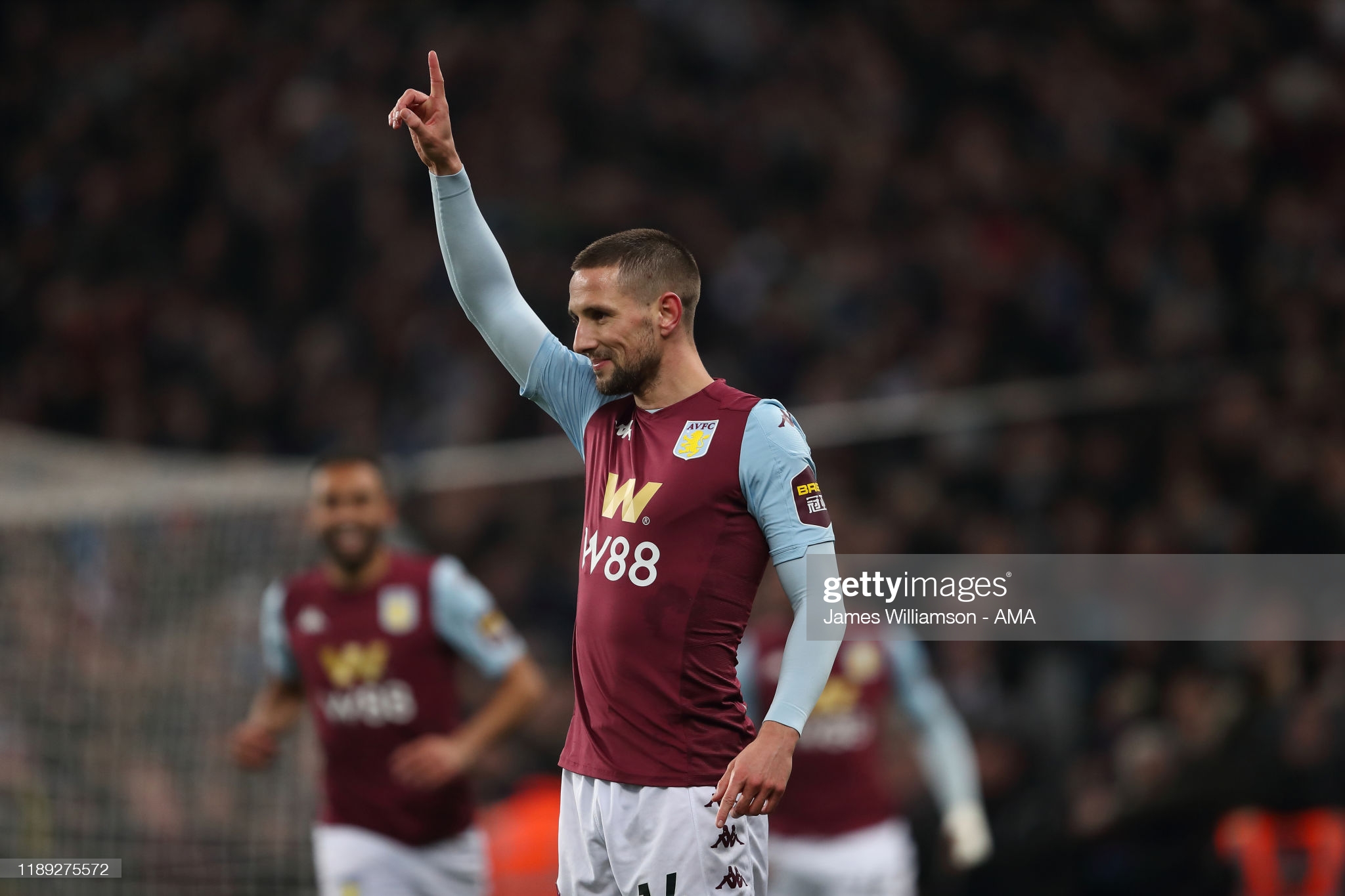 Conor Hourihane joined Swansea City from Aston Villa on loan for the rest of the season.

A loan fee and other terms were agreed between the two clubs and Hourihane has passed a medical at the Swans’ training ground.

A number of Championship clubs were interested in the 29-year-old midfielder, including Bournemouth who are four points behind second-placed Swansea in the table.

But the Swans have clinched the deal and Hourihane appears a quality and experienced replacement for Morgan Gibbs-White after the Wolves loanee was recalled by his parent club.

Hourihane joined Aston Villa on a three-and-a-half-year deal in January 2017 and has gone on to make 132 appearances for the club, scoring 32 goals.

He signed a new three-year deal in the summer of 2019 as a reward for helping the side win promotion to the Premier League. He has also made 24 appearances for the Republic of Ireland.

But this season he has found regular games harder to come by and has made just three Premier League starts after losing out to Ross Barkley, Bertrand Traore and Anwar El Ghazi.

Villa manager Dean Smith has said Hourihane remains a part of his plans, but agreed to let him leave on loan after the player asked him several times if he could go to get more game time.

Hourihane did not figure in Villa’s FA Cup third round defeat to Liverpool, so could come straight in for his debut in the Swans’ fourth round tie at home to Nottingham Forest on Saturday.

That match comes after the Swans had their Championship match at Blackburn Rovers called off on Tuesday night because of a waterlogged pitch.

Swans head coach Steve Cooper says his team are fully focused on beating Forest, having been given extra time to prepare.

“We have to adapt to it, the schedule will be rejigged to what we think is right for the next game and we will commit to it,” said Cooper.

“Our lads are good at taking things in their stride and not letting things bother them, and that will be the case here.

“We will have to go through the process ahead of Saturday, but we now have a cup game we want to commit to and win.

“The reality is this might not be the last game we have called off, so you cannot look back you have to look forward.”