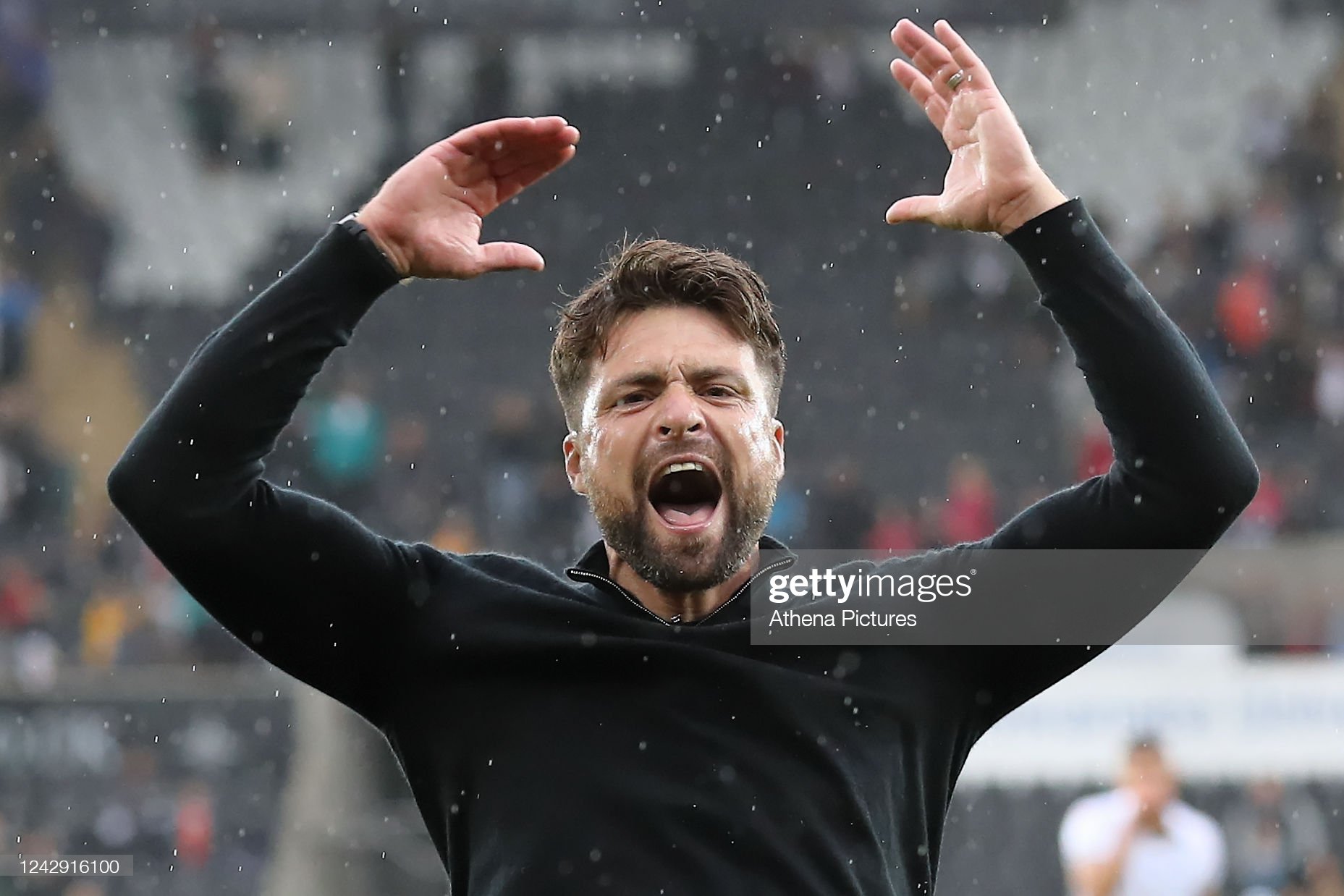 With no EFL or Premier League football going ahead this weekend, Daniel Parker considers recent activity at Swansea City – the Welsh club who seem to have the best chance of a successful season. It will require something special from their head coach, however, and the chances of him receiving much help from the club’s owners are remote.

It’s been a mediocre start to the season for Wales’ big three.

Newport County have shown glimpses of promise – particularly in the League Cup – but have struggled to build up any kind of consistency in League Two.

Cardiff City scooped an impressive opening day win over Norwich and picked up a few creditable draws in August, but still have an allergy to goals: only net-shy Preston (who are somehow in the top half despite only scoring twice in their first eight league games) have scored fewer goals than the Bluebirds.

And Swansea City, who, like Cardiff, have only chalked up two league wins thus far, have also looked shaky from the get-go.

Unlike Cardiff, the Swans do have a reliable goal-scorer in their ranks in the shape of Joel Piroe.

Despite notable overtures from Premier League Leeds United during the transfer window, the Dutchman is still in West Glamorgan and not West Yorkshire (for now), and should continue to offer the Swans an important outlet in the final third.

Swansea are still playing the kind of attractive football that has become the club’s calling card over the last 15 years.

Indeed, only two Championship clubs (high-flyers Norwich and Burnley) have better average possession stats than the Swans so far this campaign.

Things have been less pretty at the other end of the field, though.

Head coach Russell Martin has tinkered with combinations at the back, but at crucial moments the Swansea defence has leaked like acupunctured pipe.

The Swans have conceded an average 1.4 goals a game this term – an unimpressive if unremarkable tally – but have more worryingly been lacking in the composure needed to see out results at this level.

The self-inflicted surrender of three points on the road against Stoke City was bad; the injury-time collapse at home to Millwall (courtesy of two bizarre own goals) was even worse.

The common denominator in both instances was a lack of guile and leadership at the heart of the defence.

Ben Cabango – a potential star for club and country for years to come – has struggled for form; while the jury is still out on whether summer signings Nathan Wood and Harry Darling can cut the mustard at this level.

On the sidelines, Martin has often cut a nervous figure. Even with the season still in its infancy, the former Milton Keynes Dons boss has been quick to voice a multitude of frustrations.

Targets of Martin’s ire have included chopsy critics of his playing style in opposition dugouts; his own substitute bench’s swift distribution of the ball back to opposing players at throw-ins; and the lack of funds available to strengthen his threadbare squad.

On the latter gripe, he’s definitely got a point.

American owners Jason Levien and Steve Kaplan have done precious little to improve the financial outlook at the club since taking control in 2016.

Their tenure has been characterised by the hollowing-out of an established Premier League playing squad, and the disinterested handling of key players who were either dismally undersold (ie. Joe Rodon, Conor Roberts) or generally undervalued.

The circumstances surrounding the sale of Daniel James – who had demonstrated his electric talent under Graham Potter in 2019 – were damning, with James’ agent commenting on how Swansea had “made no attempt to keep the player and at the first sign of money they couldn’t show him the door quickly enough.”

All the while, the funds available to Swansea bosses to play with in the transfer market have ebbed away to virtually nothing.

As a consequence, the Swans were only able to bring in seven players in the previous transfer window to compensate for the loss of 21 others. Of the newcomers, four were free signings.

Swansea City has completed the signing of defender @finstevens1 on loan from Brentford, subject to international clearance.

Martin’s recent analysis of the financial outlook at the Swansea.com stadium was tinged with an air of resignation:

“We accept the situation,” he said. “We will get frustrated sometimes, as the supporters will. In the meantime, we have to create Premier League players – hopefully for us and, if not, to sell and to earn money.

“That shouldn’t be a surprise to anyone…we don’t have the financial resources of the majority in this league now.”

That Swansea have fallen from being a byword for sound and responsible ownership to just another financially mismanaged club – over the course of less than a decade – is a great shame for Welsh sport and football more generally.

The question now is where this leaves Martin.

The Jack Army showed Martin patience last year even when results see-sawed; with the youthful coach picking up much-needed brownie points thanks to an historic league double over rivals Cardiff and his decision to revert to a more swashbuckling style of play than predecessor Steve Cooper employed.

The problem Martin now faces is that Swansea fans have seen others in charge – saddled with similarly depleted war-chests – take the helm and obtain better results.

Sure, Graham Potter still had remnants of the Swans’ Premier League old guard in the ranks during his year in charge.

And Steve Cooper was able to call on an impressive personal contacts list to boost his playing squad with a horde of talented loanees.

Perhaps it’s unfair to compare Martin with his immediate predecessors – both were unique talents who are now deservedly Premier League managers at Chelsea and Nottingham Forest – but the fact remains that both secured top half finishes (and in Cooper’s case, two play-off appearances) on a relative shoestring.

The gritty recent win over Queen’s Park Rangers could still serve as a turning point; Joe Allen is getting back into the swing of things; and, when called on, young Welsh players like former Newport County loanee Oli Cooper and Blaenau Gwent product Cameron Congreve have taken to first-team action like ducks to water.

A challenging few weeks lies ahead, though.

If the fixture list proceeds as planned, the next visitors to the Swansea.com Stadium will be league leaders Sheffield United, with tough ties against the likes of Watford, Sunderland and Burnley to follow soon after.

It’s a big month for the Swans, and potentially an even bigger one for Russell Martin.