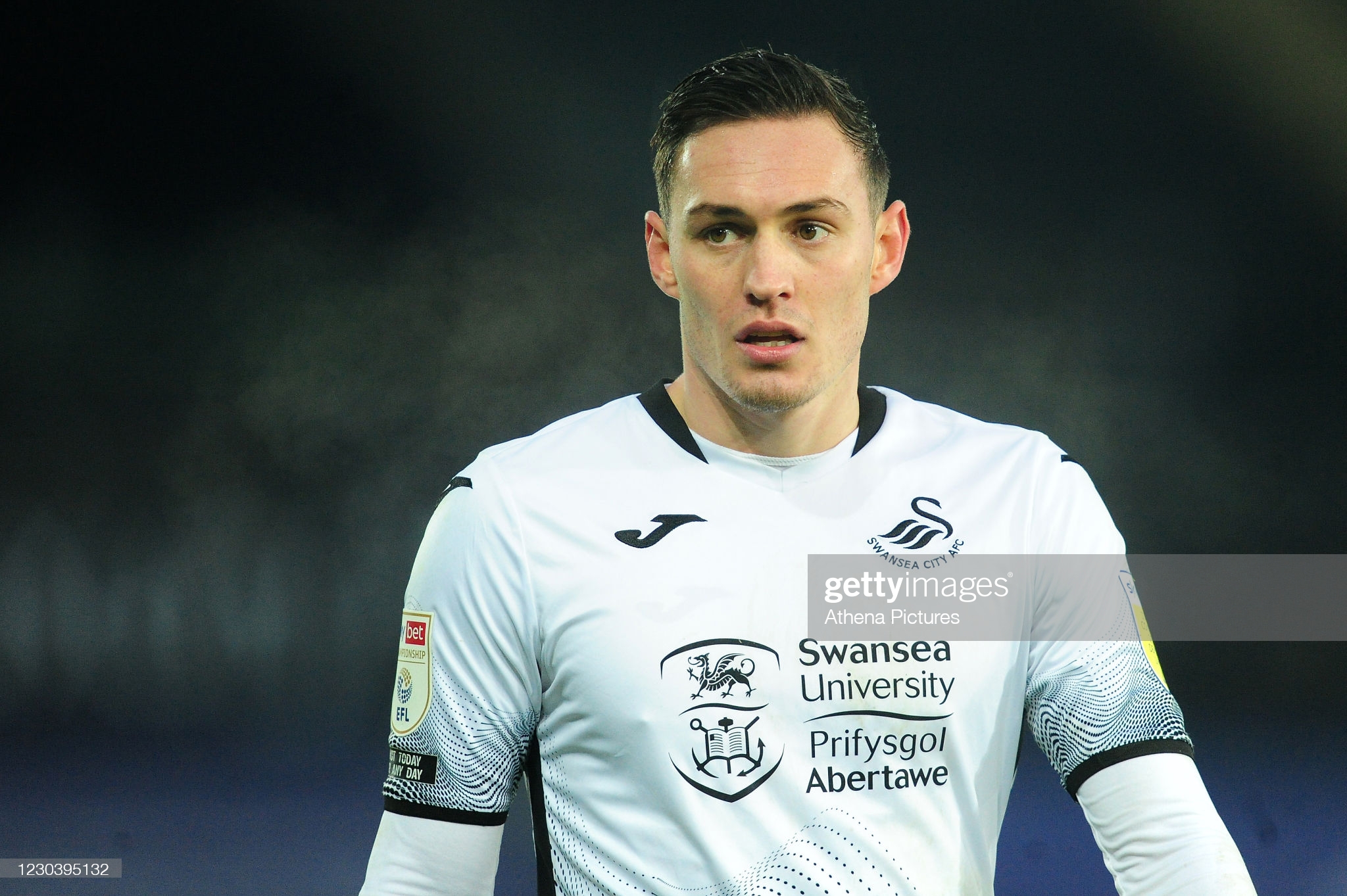 Swansea City have already lost two key players in this transfer window with loanees Morgan Gibbs-White and Kasey Palmer moving back to their parent clubs. But the major fear for many Swans fans is that Connor Roberts could be the latest to be sold, just at the point where he has become a huge influence, as Jack Hammet argues.

Over the last few years, the supporters have seen the squad decimated by their board, who have often cashed in and instead of reinvesting in the squad, have instead relied heavily on the skills and contact books of their managers.

For any fan, to lose the club’s prized assets every transfer window would be difficult. But it’s the connection to the club those departing players had that have hurt the Jack Army more than anything.

Academy graduates Oli McBurnie and Daniel James sealed moves to the Premier League in 2019 and during the last transfer window, Joe Rodon was the latest from the club’s youth system to leave at a cut price – breaking the hearts of Swansea City fans once again.

The next academy graduate they are fearful could leave is another player from the 2016/17 Under-23s squad that won the League and Cup double – Connor Roberts.

The Wales international has lit up the Championship this season and has been instrumental in the good form Steve Cooper’s side have shown to push themselves into the automatic promotion places in the Championship.

After the restart in 2020, Cooper made the decision to ditch a back four, add an extra defender, and push both Roberts and a rejuvenated Jake Bidwell further up the pitch to impact the side offensively.

It’s proved to be an inspired choice.

This season, both players have contributed four assists each – the same as summer midfield addition Korey Smith – and Roberts has also been finding the net.

The full-back has doubled his tally for the whole of last season and has scored more goals than everyone else in the squad except first-choice strikers André Ayew and Jamal Lowe.

Swansea fans proudly shared a graphic from Squawka Football on Twitter and Instagram this week, proving the attacking contribution Connor Roberts has been making this season.

A table of players who have created the most chances this season in Europe’s top five leagues and the Championship saw Roberts place fourth, with 53 chances created.

Connor Roberts needs to be snatched up by a premier league team. Great player and way too good to be at swansea

Ahead of world-class talents like Bruno Fernandes and Kevin De Bruyne in the Premier League and Memphis Depay and Thomas Müller elsewhere in Europe, it’s a testament to the way Swansea and Roberts are playing this season.

The goals alone, though, are not enough; The Swans have scored 27 league goals this season. By comparison, Bournemouth, in third place and just behind the Swans, have scored 37.

It’s keeping the goals out that has catapulted Swansea up the table.

The club boasts the best defensive record in the league so far, conceding only 13 goals in 23 matches.

Sitting atop of the clean sheets table, Swansea and Freddie Woodman have kept 13 clean sheets so far this season – almost double that of fellow promotion candidates and last season play-off semi-finalist villains, Brentford, and David Raya.

Roberts and Bidwell – when fulfilling their defensive duties – now find themselves strengthened by an extra defender in this system.

New signing Ryan Bennett has proved to be an important addition to the squad alongside fellow centre-back Marc Guehi, or another academy graduate, Ben Cabango, or the experienced Kyle Naughton, or another new signing in Joel Latibeaudiere.

A strong group of centre-backs in rotation has been important to the club so far this season but the two wing-backs have been crucial.

Bidwell has only missed one match this season and Roberts has played in every game as well as playing on international duty for Wales.

In a Covid crazy world, the minutes both players are racking up are overwhelmingly impressive.

What’s more impressive, though, is that neither shows signs of tiring.  With the delayed Euros taking place this summer, Roberts will have his eye on starting for Wales as well as the opposition goal.

A year ago, there was debate amongst Wales fans as to who should be the starting right-back for Wales at the Euros – Neco Williams or Connor Roberts?

Going by his form this season, Roberts is starting to firmly answer that question himself.

Let’s just hope Swansea City manage to keep him in their starting line-up.