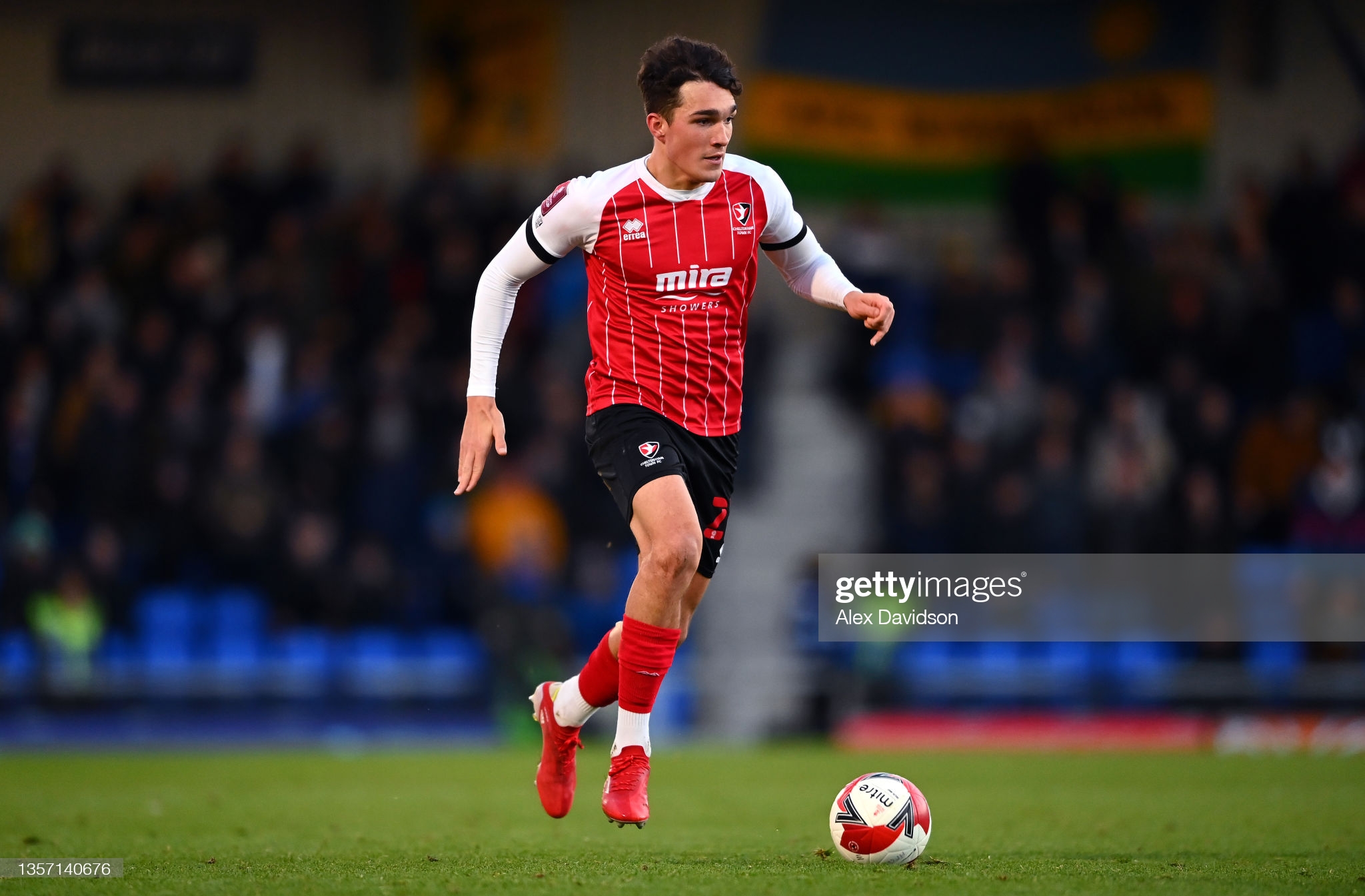 Kyle Joseph has been on loan at Cheltenham Town. Pic: Getty Images.

Kyle Joseph has been backed to make a big impact after his return to Swansea City and can help fill the void left by Ethan Laird, according to head coach Russell Martin.

Joseph has been recalled from his loan spell at Cheltenham Town, where the 20-year-old Scotland U21 international was used primarily as a striker by the League One club and scored four goals in 12 games.

But Martin has stressed Joseph’s versatility and feels he can help ease the loss of wing-back Laird who was shifted on to Bournemouth by Manchester United for the season half of the campaign after the Cherries gazumped the Swans’ loan fee.

Joseph was a £500,000 buy from Wigan last summer but was moved out by Martin days after the coach’s arrival in order to gain game time.

But with Connor Roberts having left to join Burnley in the last transfer window and the switch made by Laird, Joseph has been drafted back in for the second half of the campaign.

Martin said: “He gives us a bit of flexibility at the top end of the pitch. He can play in a few positions, but whatever one he plays in, you know exactly what you are going to get.

Look back on Kyle Joseph’s goals in his time with us here at the Jonny-Rocks Stadium.

“He went on loan to get some experience, he got that, so now he can hopefully come back and have an impact with us.”

Joseph signed a four year contract when he moved to the Swans and was considered a long term investment, although Martin has suggested that timeline could now be shortened after his success in League One.

“He’s a fantastic professional,” added Martin.  “Mentality wise, he is so resilient and so robust. He wants to learn, wants to get better.

“So, to get him back in the building, with his energy and enthusiasm, has been great.

“Unfortunately he is Cup tied for tomorrow, so we can’t involve him. But we look forward to working with and seeing what he can bring us.

“I think Kyle is seriously intelligent for such a young guy, he knows what he wants.

“We had a chat and he expressed his desire to come back and force his way in here. Cheltenham have been great, they were great when they took him and have helped for the six months they have had him.

“I have nothing but compliments for Michael Duff and what they are doing there.

“After we chatted with Kyle, he wanted to come back, and we are really happy to have him back. He’s really athletic, willing, and works so hard on his game every day.

The departure of Laird caught Swansea off guard, Martin has admitted, because they did not see it coming

“We were disappointed that we didn’t know much about it, or anything about it,” Martin said.

“It’s not a position we were looking to recruit in. The lack of notice was a bit of an issue, but it is what it is. He’s been a really good performer for us this season, his first season in the Championship.

“But his parent club have decided it’s better for him to go and play in a slightly different position with a different club in this league who are fighting hard for promotion. That’s their prerogative.

“It’s not a decision that was driven by him. He’s not looked to go, it was brought to him by the club. He’ll be a loss to us on and off the pitch.

Martin has confirmed Jamie Paterson will remain a Swansea City player until at least the summer of 2023 after the club triggered a one-year contract extension.

🙌 Russell Martin has confirmed @jamiepaterson12 will remain a Swans player until at least the summer of 2023 after the club triggered a one-year contract extension.

The midfielder joined the Swans as a free agent in the summer and has made a significant impact.

The 30-year-old has got eight goals and four assists in 22 appearances this season, striking up a potent attacking understanding with top scorer Joel Piroe.

Paterson joined the Swans on a one-year deal, and that included the option of a 12-month extension.

And head coach Martin – speaking ahead of Saturday’s FA Cup tie against Southampton – announced that the former Bristol City man will spend at least another season in SA1.

“With Jamie Paterson we have triggered the extension a little bit earlier, so that is done,” he said.

“That’s good news and it is an automatic 12-month extension.”