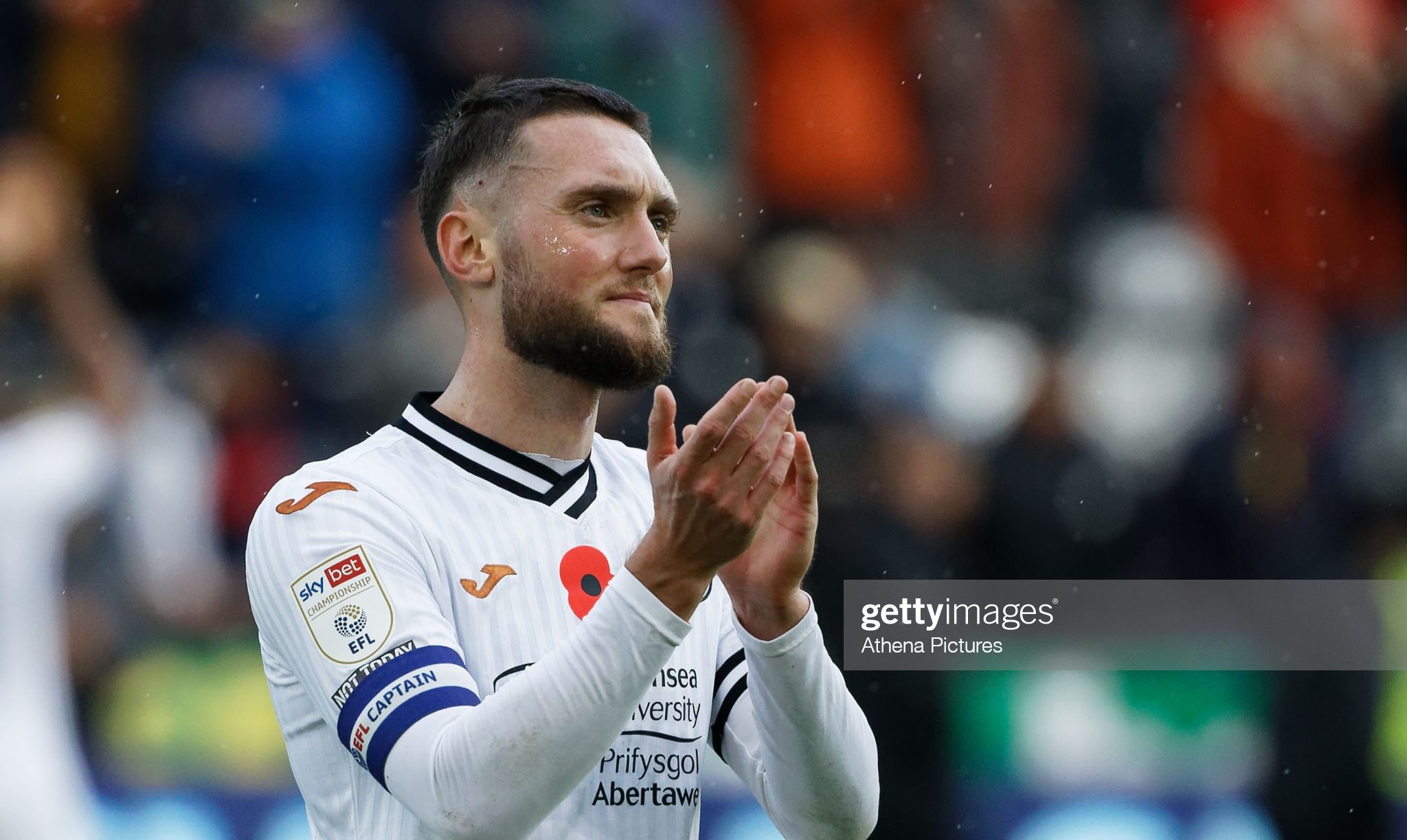 Swansea City boss Russell Martin has praised his captain Matt Grimes for his off-field leadership and says the culture around the team has helped their summer signings to hit the ground running in South Wales.

Jamie Paterson and Joel Piroe have both been key players so far this season and between them they have scored 15 of Swansea’s 20 league goals.

Piroe’s success in particular may have been helped how quickly he’s settled as most 22-year-old’s who have never played outside their own country usually struggle to make a quick impact.

“For a new player, I think it’s quite an easy group to come into,” explained Martin.

“The fact the new signings have hit the ground running is because of the people that are already in the building.

“Grimesy the captain has been incredible, what he brings off the pitch as a leader, Kyle Naughton the same, Ryan Bennett and Ben Hamer have stepped up massively as professionals. I’m delighted with them all.

“On the pitch, whether you’re new or old, what you’re being asked to do is really difficult.

“So I’m really grateful to all of them for what they’re producing. It takes big courage so I’m proud of all of them whether they’ve been here for a long time or if they’ve just come in the door.

“The new guys have really bought into the club and have become a really strong part of the group already which is fantastic.”

Swansea are now just two points off fifth place QPR and will be searching for their third consecutive win when they take on top of the table Bournemouth on Saturday.

Have a striker bang in-form in Joel Piroe. ✅

Two points off the play-offs. ✅

Martin has named unchanged starting line-ups for the last two games but he has hinted at rotating the squad ahead of their next fixture.

“It’s about balance. We have been able to give people some time off the pitch in the last few games, Joel and Oli in particular,” said Martin.

“There will be a change or two, I’m sure of that.

“With the way we play with intensity and tempo, it’s not easy to keep playing at this level.

I’d usually dread playing a top of the table side who’ve lost only once this season but I honestly feel this side Russell Martin has put together and the philosophy he’s put in place we can beat anyone.

What a time to be a Swansea City fan, exciting times ahead for the club.

“There are guys who are making it really difficult to leave them out and it’s been quite a settled side for the last few games which has helped.

“It’s a balance of work and rest between the two games. Hopefully we’ve got it right.

“In the last three-game week at Birmingham we lacked a little bit of energy when it really mattered in the second half.

“It still hurts me that we lost that game so we have to avoid that happening again.”