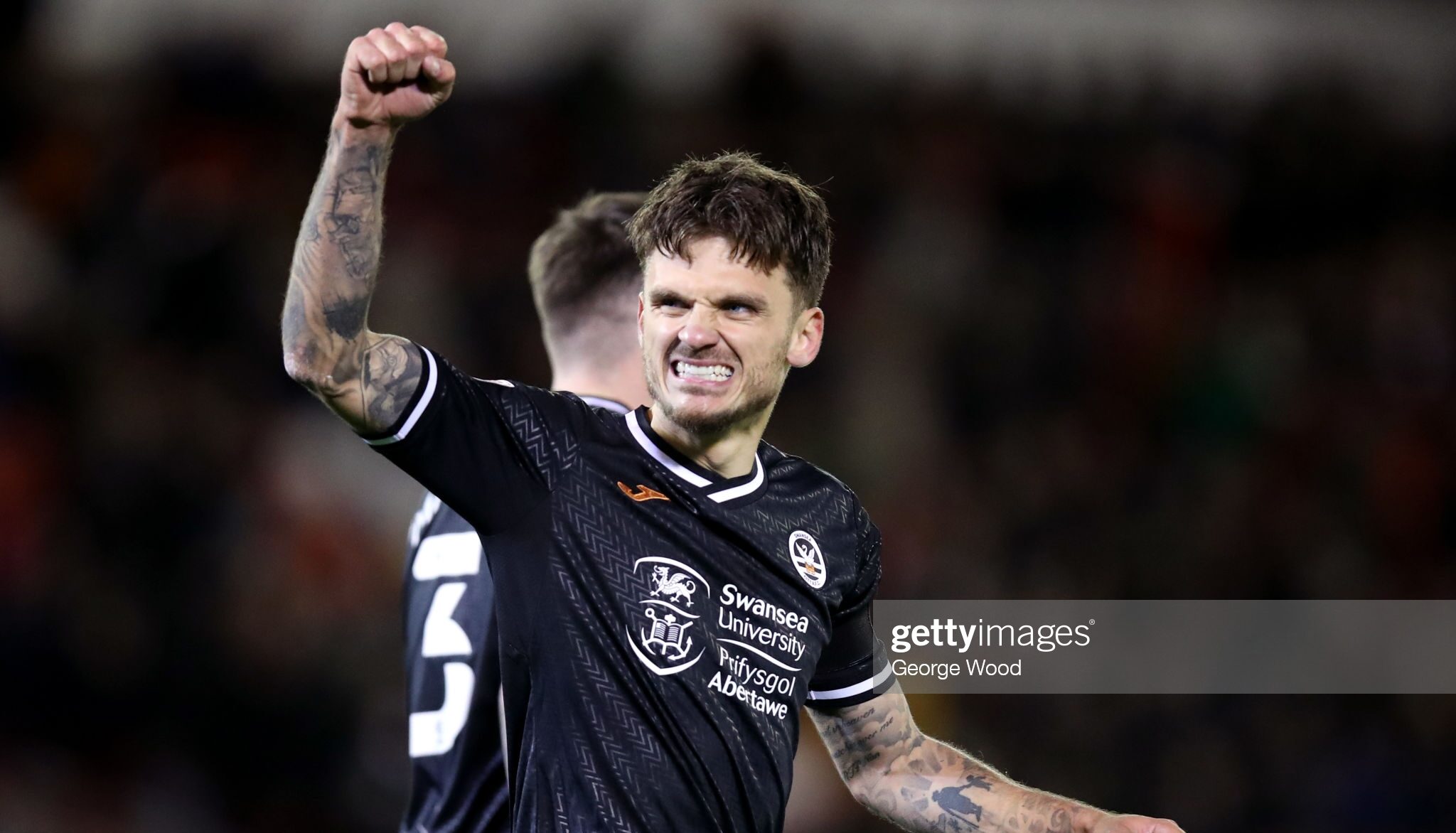 Russell Martin says the Swansea City fans have played a key part in Jamie Paterson’s success so far this season and he hopes his fine form continues as the Swans look to get back on track away to Middlesbrough on Saturday.

The Swansea boss cites the “instant connection” between Paterson and the Swansea faithful as a big factor in him hitting the ground running for his new team.

Paterson, 29, was a free agent up until a few days before the 2021-22 campaign after leaving Bristol City and having a trial with Middlesbrough.

But he has wasted little time making his presence felt in South Wales by already scoring eight goals and setting up a further four.

“We speak about Pato a lot, as we always do with players who are goal scorers and creators, but the great thing about him is that he has come in and understood what has been expected of him,” said Martin.

“He has been given real clarity, and he is turning himself into a real leader in the group and on the pitch.

“You can hear how vocal he is on the pitch when he is at close quarters.

“He is always talking to his team-mates about positions, when to play forward, when to keep the ball. He understands his role and is really enjoying himself.

“He feels a real affinity with the club and the supporters already, in terms of how they have taken him on. He is desperate to repay that.

“That is unique, to have such a bond with a group of supporters so early in his time at the club.

“They see a guy who is giving everything, not just on the ball but without it too. He runs so hard, he is willing to press and to fight.

“That is stuff you need as a Championship player, but the other side of his game means he expresses himself but understands the importance of structure and his position within that.

….and I admit I wasn’t a fan of Paterson but he has certainly won me over in the last few games.

“He shows discipline, and when he gets the ball he takes care of it because he knows how hard his team-mates have worked to give him the ball.

“He has been fantastic, but he will be the first person to tell you the importance of the people around him.

“He loves being here and it shows on the pitch.”

Swansea have only won one of their last four games and Ryan Manning who scored in their most recent defeat to Reading is determined to put this right as soon as possible.

“To twice concede a minute or so after we had scored is disappointing for us,” added Manning.

Watching the EFL goals show. What a goal by Ryan Manning of Swansea pic.twitter.com/9yo1lE1pfU

“It would have been even better had we gone on to win, but it wasn’t to be and we have to learn the lessons from that.

“I enjoy the chance to get on the ball, I play to try to create in the left wing-back position, where I’m trying to produce a final ball for a team-mate.

“So, I’m buzzing to have got an assist and goal in the last two games, and I hope I can continue to build on that and give even more to the team.”