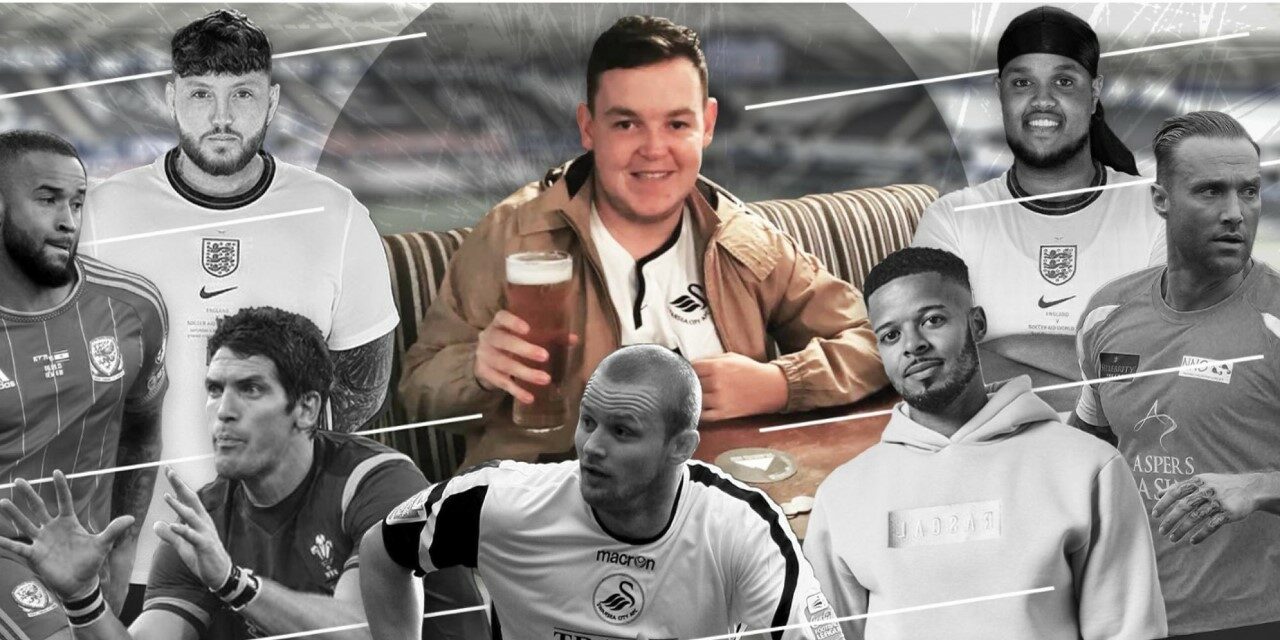 Dad-of-one Powell tragically passed away in February after he went into cardiac arrest while undergoing double heart valve replacement surgery. He was just 26.

Powell was born with a heart condition and had undergone more than 20 operations over the course of his life which led him to becoming a dedicated supporter of the British Heart Foundation.

Popstar Arthur, The Only Way Is Essex’s Argent, Best and many others will continue to honour Powell’s memory by taking part in the match at The Gnoll, in Neath later this month.

All proceeds raised from ticket sales and revenue generated on the day will go to The British Heart Foundation. Powell was once named the charity’s fundraiser of the year.

Dan Richards, who came up with the idea for the match, said: “I play football in the local leagues in Swansea and Mitchell was heavily involved with Maltsters Sports AFC.

We cannot wait to announce this huge celebrity match in wales on Sunday 26th September in memory of Mitch Powell #watchthisspace pic.twitter.com/eMsyzaRDZb

“I wasn’t friends with him, but I played against his team and often saw him stood on the sidelines.

“Over the last couple of months, we’ve done lots of charity events for Mitchell’s family.

“I’m running the London and Florida marathons to help raise money in his memory but I also thought I would like to organise a charity football match.

“I got in touch with Sellebrity Soccer who have helped us and they said a number of celebrities would be keen to be involved because they have connections to heart charities.

“We want to show these celebrities a big Welsh welcome and hope the match can become an annual event and get bigger and better. It would be great if we can raise £50,000.

“Mitchell raised so much money for the British Heart Foundation and other charities. It was remarkable what he did and he always kept a smile on his face even with all he went through.

“I always believe in giving back and I knew we had to keep Mitchell’s legacy going. Hopefully it will live on and he can continue to help people even though he’s no longer here.”

That was for you, Mitch 🤍🖤 pic.twitter.com/owTdnJaMjx

Powell, from Waun Wen in Swansea, left behind his fiancee Danielle Norman and daughter Lylah when he died at Bristol Heart Institute February 3.

He was a Swansea City season ticket holder at the Swansea.com Stadium and fanatical about the Welsh side’s fortunes.
The charity football match in his memory has attracted a host of celebrities including freestyle footballer Jeremy Lynch.

So too are former Wales and Ospreys rugby players James Hook and Paul James and former Swansea players Lee Trundle and Jazz Richards.

📆 6 DAYS TO GO @JamesArthur23 is ready for our huge celebrity match In memory of Mitch Powell at The Gnoll Neath Stadium @sellebrity_uk @neathrfc book your tickets now at ⚽️https://t.co/tiTe8xGwpC pic.twitter.com/mr8rdqQPub

Arthur said: “I’m going to be playing at Neath in loving memory of Mitchell Powell. It’s all to raise funds for an amazing cause. Come check us out!”

Mcleod added: “I’m really looking forward to playing the match in memory of Mitchell. It’s such a sad situation but we need to do our best to raise awareness and show respect for Mitchell and his family.

“I was extremely saddened by the news. Being a fellow Welshman of a similar age, it was something so close to home that really touched me.

“Coming off a show like Love Island I think it’s massively important to use my following to raise awareness and support causes like this. It’s going to be an emotional but an amazing day.”

Kick-off for the charity game in Powell’s memory on Sunday, September 26 is at 3pm with gates at The Gnoll opening at 1pm.