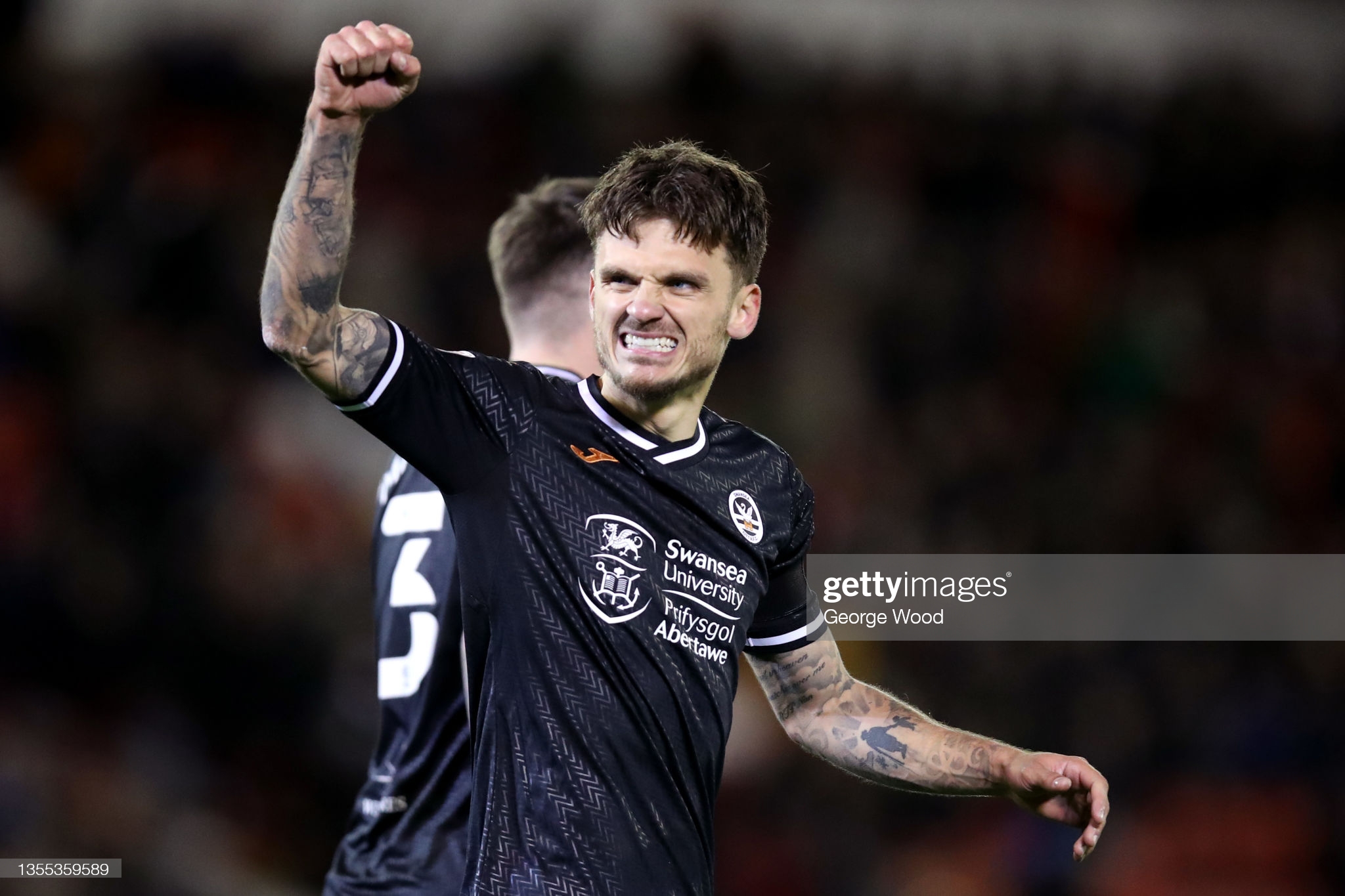 Russell Martin has praised his Swansea City players for their patience and dominance after a near 900-pass runaround of Barnsley at Oakwell.

The Swans made 899 passes in their 2-0 victory on Wednesday night, even though they managed only three shots on target.

Martin made no apologies for the lack of firepower in a dominant first-half where the home side chased the ball, but the visitors failed to have a strike at goal.

In the second period, the control was turned into goals for Olivier Ntcham and Jamie Paterson in a win that lifted Swansea to ninth in the Championship, four points off the play-offs.

“We had the discipline to keep the structure and not get frustrated or anxious, it was brilliant to watch,” said Martin.

“I enjoyed the first half, I know it might not have been that exciting for the neutral, but I felt we were putting a lot of work into their legs and taking energy out of Barnsley as the half wore on and they got deeper and deeper.

“We had a couple of half chances but the message at half-time was to maintain that level of intensity and detail and concentration.

“I am really pleased and proud of the guys, it was a really dominant and controlled performance,” he said.

“There was loads of purpose and loads of patience, but a real understanding of their roles, each other’s roles and the concentration and level of detail.

“It was difficult but you saw the courage they had to keep playing. I thought they were outstanding and we deserved to win.

“It was all about patience. It wasn’t spectacular in terms of creating chances. What was spectacular was the amount of detail, the connection the players had, the intensity they had. We felt we were slowly taking the energy out of them and that’s how it turned out.”

Getting close to 900 passes puts Swansea at the top of the Championship ranking for passes as well as their accuracy percentage, which stand at 85.2 per cent.

Swansea City is saddened to learn of the passing of former manager Frank Burrows.

Everyone at the club sends their sincerest condolences to Frank’s family and friends at this sad time.

In the Premier League, Manchester City have often gone over 900 passes per match, while Bayern Munich are credited for being the only top team to go over 1,000 passes in a single game, against Hertha Berlin in 2014.

“We limited any scary moments by being so disciplined, they had a couple of moments early in the second half where they pressed high and the crowd got energy, but there were not many of the game,” added Martin.

“That allowed us to stay focused and concentrated, I was pleased the goal came and it opened up a bit after that.”

Striker Michael Obafemi was left out of the squad and Martin claimed the player who signed for £1.5m from Southampton in August needs to get himself in better shape.

“He needs to get into a place where he is really fit and really ready to come on and have an impact for us,” said Martin.

“With Michael, he is a brilliant lad. We need to try to help him to settle in, to get to where he needs to be physically so he trusts his body and when he comes onto the pitch he can have the impact that Joel Piroe and Liam Cullen have.

“We will do – I have got no doubt about it – but with some people it just takes a little bit longer than others.”