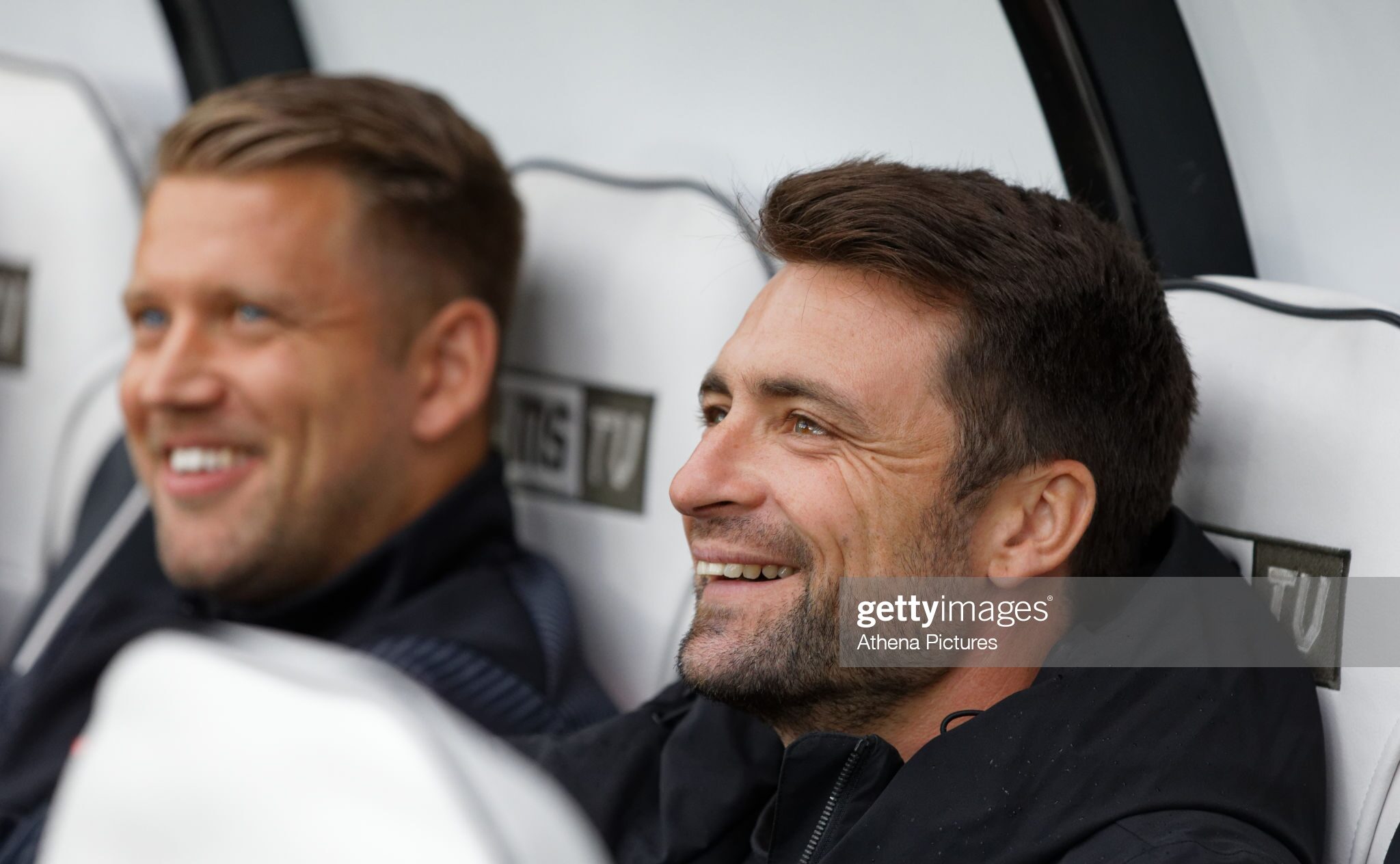 Swansea City boss Russell Martin wants his side to be the “dominant” team in Sunday’s South Wales derby against Cardiff and believes the make-up of the two teams is very different.

“Every manager tries to find the best way to play for their team,” says Martin.

“I’m not overly focused on the contrast of styles.

“It’s a derby which makes it very different to a lot of games.

“We want to be the aggressors and the more dominant team.”

Cardiff have scored three more goals than Swansea so far this season, but other than an own-goal and Rubin Colwill’s brace against Nottingham Forest, all of their goals have been headers.

But Mick McCarthy’s side have not been the main focus of Martin’s preparation as he prefers his players to focus on themselves.

“We respect every opponent and do our work on them behind the scenes,” explains Martin.

“I’ve played in teams where the whole focus of a week is on the opposite team. It’s not fun.

“It’s about us and what we do, whilst being aware of the strengths of the opposition and finding areas where we can hurt them.”

🗣️ The gaffer on team news…

“I’m in a rare position for a manager in that everyone’s fit. Everyone’s trained.

“It’s down to a lot of hard work from the sports science and medical team.” pic.twitter.com/Z8yoviHUEh

Swansea lost the last derby 1-0 but Martin has not spoken about the defeat with his players and believes they are now a very different team.

“I haven’t spoken to them about it. I know they feel they played really well and got beat.

“We were dominant and didn’t quite get the result. But this is a very different team so it’s difficult to try and use anything from that as I wasn’t here.

“Whatever they feel about previous games, we’ll have a full house on Sunday for the first time in a while.

“We are in a really good place physically. We’re all really looking forward to it and have a brilliant togetherness.

“We have to take all of that into the picture on Sunday.”