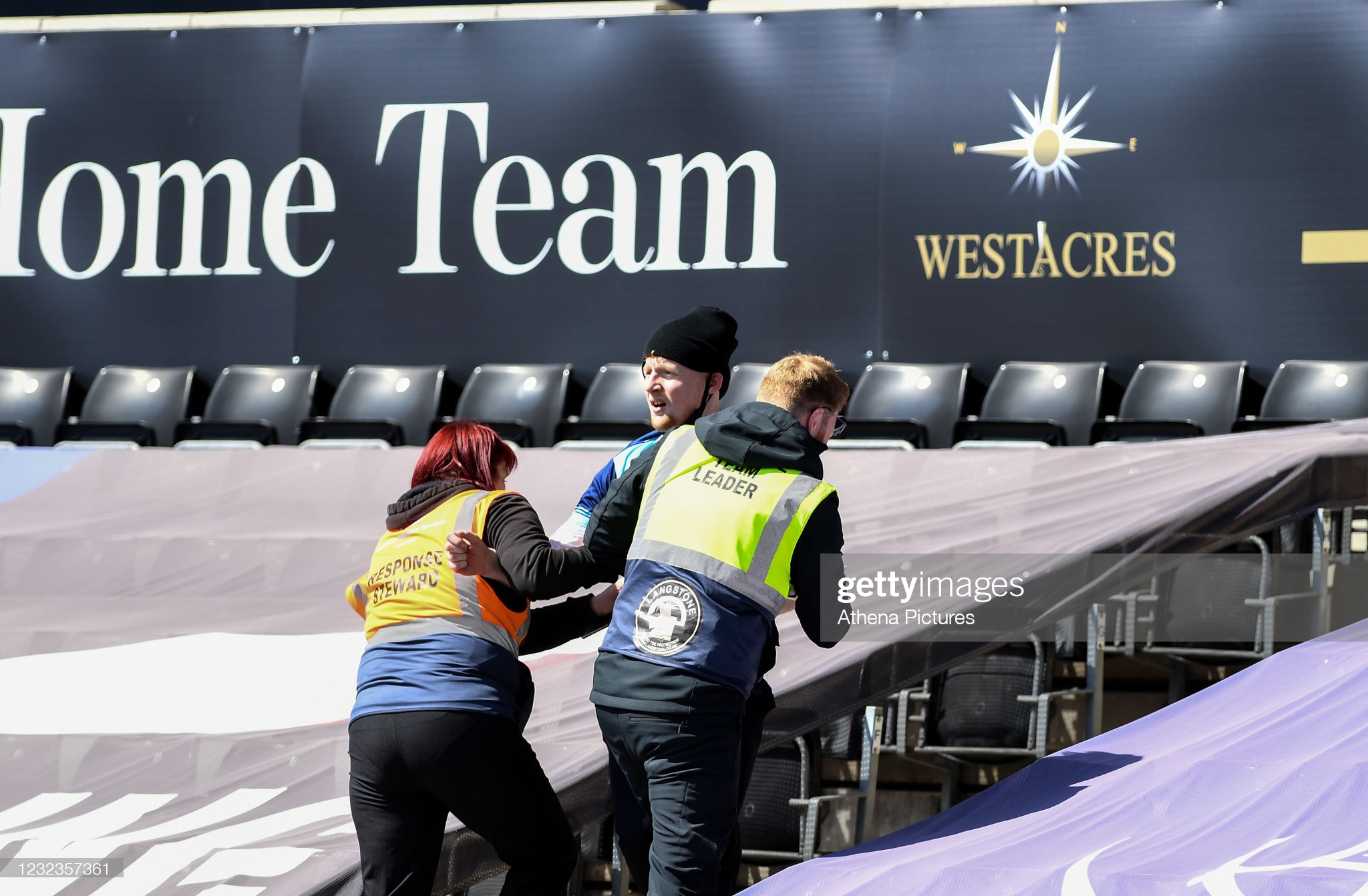 A fan of Wycombe Wanderers is removed from the stadium. Pic: Getty Images.

Swansea City will review their match day security arrangements after a Wycombe Wanderers fan got into the Liberty Stadium to watch the 2-2 draw.

Referee Keith Stroud stopped the game after a Wycombe attack in the dying minutes and came across to the halfway line to summon the club’s head of security.

The official pointed out the fan and he was removed by two stewards.

“A Wycombe Wanderers supporter gained entry to the Liberty Stadium during the game before being apprehended by stadium security staff,” said a club spokesman.

“South Wales Police swiftly dealt with the person involved and he was ejected from the premises. While this is very much an isolated incident, the club will continue to monitor all areas of security on a match day.”

Moments earlier, after Swansea’s second goal from Liam Cullen in the 82nd minute, Stroud had ordered a ballboy to get behind the advertising barriers.

Then his eagle eye spotted the rogue fan at the other end of the ground behind the goal Wycombe were attacking.

Fans are not permitted into grounds under current COVID restrictions.

While Swansea City fans face a nerve-wracking final four games on watching their side on TV, Norwich City supporters are celebrating their promotion to the Premier League.

The Swans’ failure to win, along with Brentford only managing a draw against Millwall means Norwich were promoted, even before their 3-1 home defeat to Bournemouth.

The Canaries sealed an immediate return to the top flight, having finished bottom of the Premier League in the 2019-20 campaign.

Norwich have matched the 27 wins achieved in their title-winning second division campaign of two years ago, and will aim to cross 100 points for the first time in the club’s history.