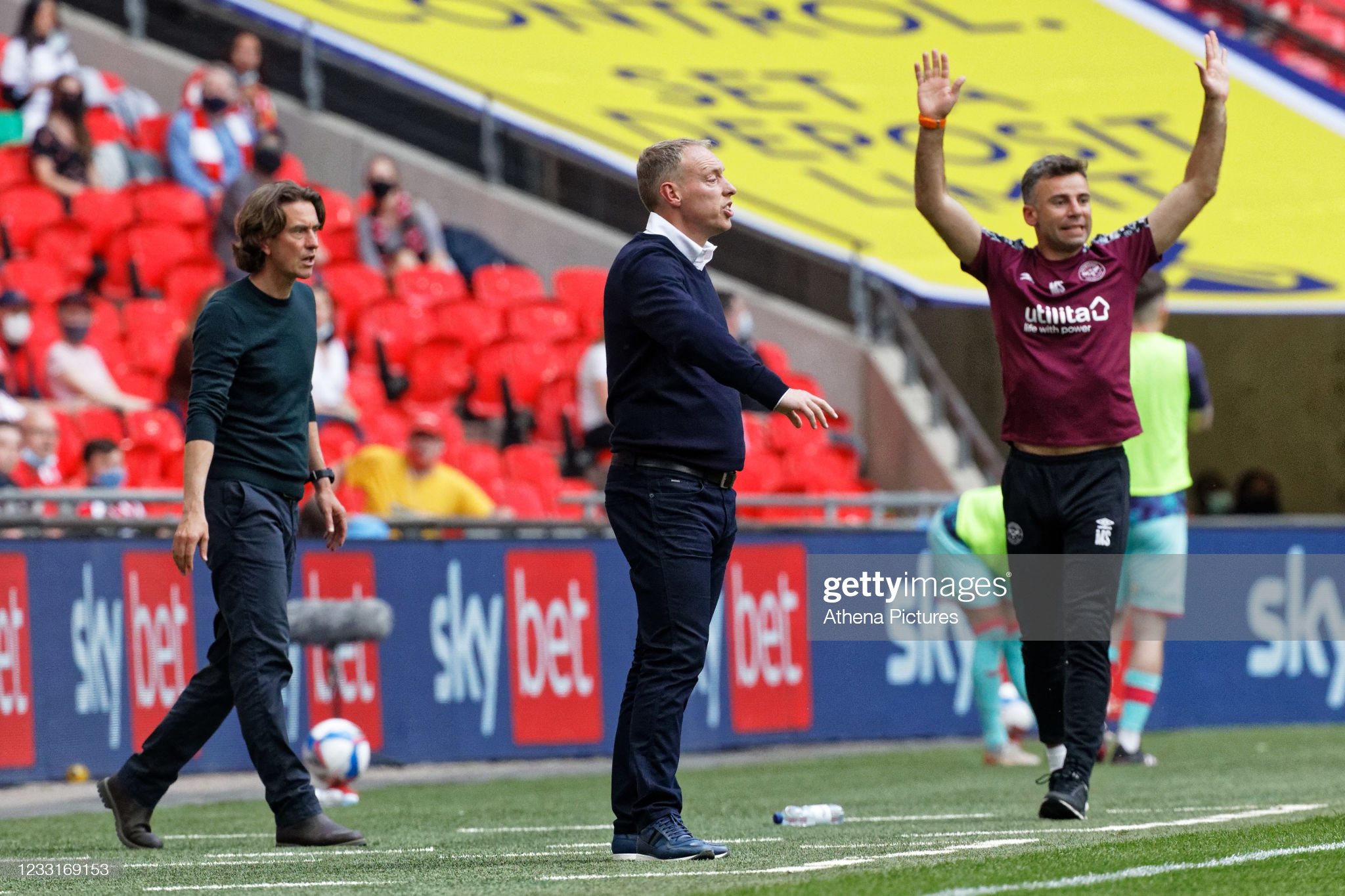 The coach who denied Swansea City a place in the Premier League has an early chance to remind Swans fans what they are missing on Friday night.

Brentford head coach Thomas Frank – who ended hopes of a Welsh club in the Premier League with a 2-0 victory for the Bees in the Wembley play-off final in May – is in the big time this evening with a home match against Arsenal.

It will be a fixture the Swans could have savoured had things not gone so badly wrong for former head coach Steve Cooper and his team in what proved to be his last competitive fixture in charge.

Instead, Brentford are back in the top flight for the first time since the 1946/47 campaign and the Swans are one game into another 46-match slog in the Championship.

Frank hopes people will see the bigger picture as the club look to continue a journey of enlightenment and punch above their weight in the Premier League.

Under the ownership of Matthew Benham it has been some journey for the west London club, who finished third last season in the Sky Bet Championship and went on to win that play-off final in a one-sided game at Wembley.

In 2016, Brentford made the difficult decision to close the academy, opting instead to run a ‘B’ squad of players aged 17-21 and produce a group aimed to act as a direct feeder into the first team.

That is a decision those in charge at Swansea have wrestled with after downgrading their own academy from category one status to category two a year ago.

While the ‘Moneyball’ recruitment approach might not be for everyone, it has seen Brentford gain major returns for taking a calculated risk on seemingly under-valued talent before developing them into prized assets to sell on for a tidy profit – such as with the likes of Ollie Watkins, Said Benrahma, Neal Maupay and Chris Mepham.

Frank, though, maintains things are much more complex than a simple gamble which paid off handsomely, and it is an approach which the club hope will see them able to hold their own among the elite once again after a 74-year absence.

“Brentford is a remarkable story about strategy, enlightenment, but also being unbelievably brave,” Frank said.

“In the play-off final we had Mads Roerslev in our side, a player who couldn’t get into the team in the second best league in Denmark two years ago, so there are different pathways.

“There are, though, not many teams which take chances with their recruitment as we do, but of course it is not chance, like we just pick a random player.

“We work on that with data, with video scouting and analysing everything to make sure that they fit into our style of play and our specific criteria.

“It is more the bigger picture that people would look at us and say: ‘the way they do it is quite remarkable with less money than everyone in the Premier League and can still play an interesting and attractive brand of football and be forward thinking’, that is my hope.”

The spotlight will be on Bees talisman Ivan Toney, who finished last season with 31 goals in the Championship.

Frank maintains Brentford will tackle the Premier League on the front foot.

“Of course we are all learning along the way, but our big aim is to attack in the Premier League and I don’t see why we could not,” the Danish coach said.

“I only say, though, for as many minutes as possible because even in the Championship you cannot attack for 90 minutes, you need to defend for several minutes depending on the opponent, but we will try to attack as much as possible against Arsenal.

“Of course I am aware that we need to do both very well because if you don’t defend very well then you don’t have a chance to also attack, so we will attack.”

Frank added: “We are very aware we are facing world-class players but we need to believe because that is half the way to the victory.

“It is easy to believe before the game, but it is also during the game in the tough spells where we need to keep believing, keep doing the right things, keep staying in there. That is where you really show that top attitude.”