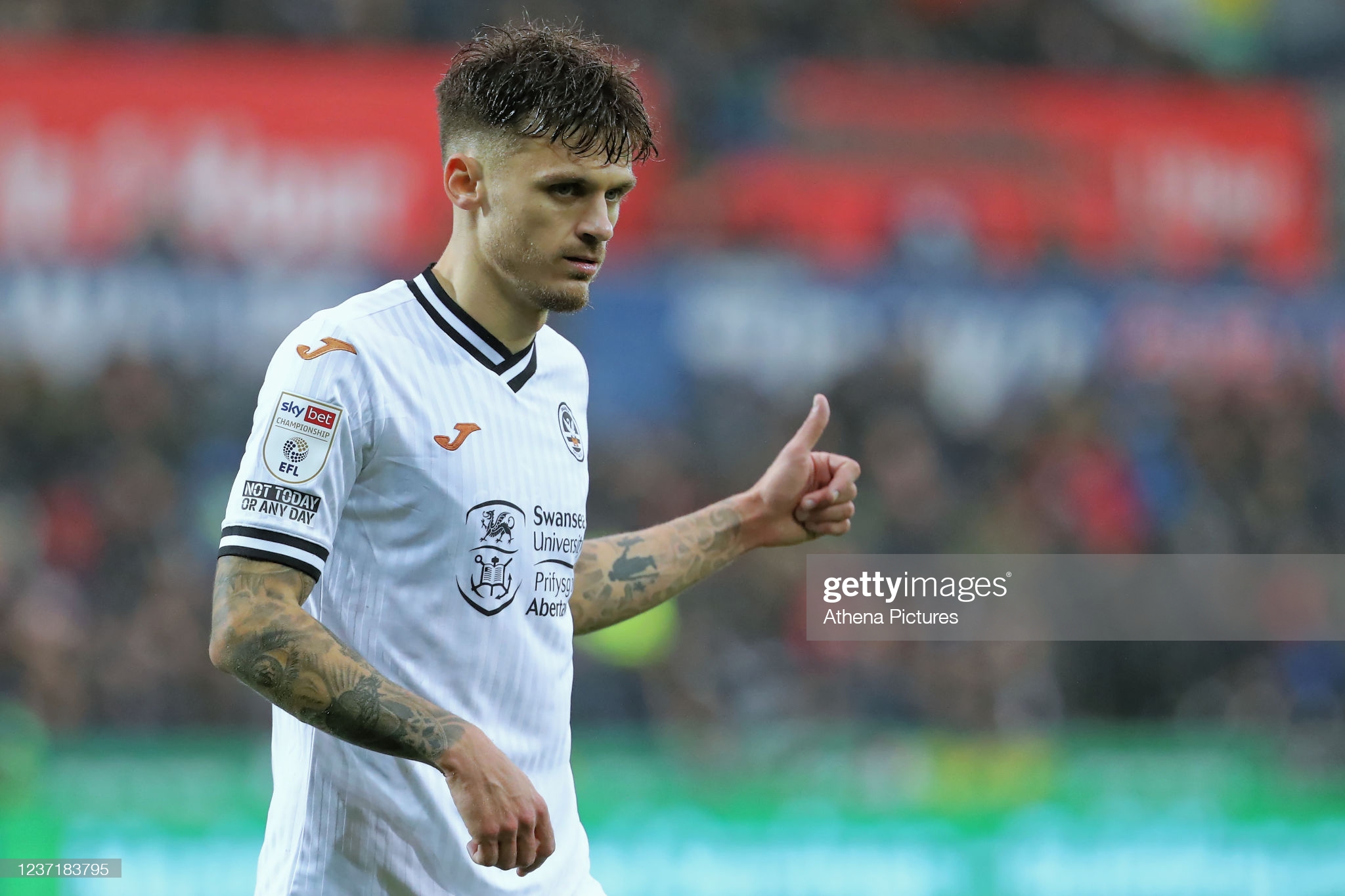 Swansea City appear resigned to the fact that Jamie Paterson has played his final game for the club.

But the midfielder – who has been the subject of two unsuccessful bids from Queens Park Rangers – will not be allowed to leave in this transfer window unless the London club improve their offer.

It is understood that the Swans want £750,000 for Paterson, who head coach Russell Martin had hoped would have revered his decision to down tools.

But the 30-year-old is set to miss a fourth successive match – away to Hull City on Saturday – after his contract dispute was not resolved in his favour.

Paterson’s agent is claiming his player was given a verbal assurance that if the club triggered the extra year on the contract he signed last summer, there would be an increase in his wages.

But the club are sticking to the paperwork which the former Bristol City player signed – an agreement for two years with no increase in year two, but an option on the club’s side for the deal to be one- season only unless the injury-prone Paterson played made a minimum of 25 appearances.

Perhaps unwisely, the club decided to trigger the extra year after just 22 appearances which seems to have given Paterson and his representatives the impression that a pay increase was coming. It wasn’t.

What a great goal by Jamie Paterson / assist from Piroe 🔥pic.twitter.com/wQyq7QTPrv

A number of clubs have expressed their interest in Paterson, but Swansea insist none have come anywhere close to their valuation of the player who has scored eight goals this season and provided four assists.

The club now have two options – to either sell Paterson before Monday night’s deadline or to sell him in the summer, when his value may have decreased if he has not played any further first team games.

Most managers and head coaches rarely openly discuss contract disputes, but Martin was clearly sending a warning to Paterson about the consequences of continuing to sit on the sidelines when he said: “He has a big decision to make.

“If he carries on doing what he does for the next four months, it’s really tough. And then he still has a year left on his contract.

“Now will be the time where he has more options than he would do in the summer if he hasn’t played football for six months, so the dynamic changes completely, I think that’s clear and obvious.

“At this minute in time, he’s finding it really tough, the whole situation. If he’s still here on Tuesday we’ll have a chat about it and see what the best way to move forward is.

“There’s been no falling out between me and Pato. There’s a way back for Pato, the door is always open for him when he decides he’s in the right frame of mind once the window shuts if he’s still here.

Martin is close to a deal with Manchester City to bring in 18-year-old centre-back Finley Burns on loan for the rest of the season, but the coach still wants to add more to his squad, particularly with the uncertainty over Paterson.

“We want to get more in by Monday,” he said.

“I think we have a very small squad at the moment. We are a bit slim at the minute, in terms of depth. I think we need to add a few numbers. Not just numbers, but players with the quality and depth that we need.

“There’s loads of players on our radar, you just have to look at every situation. There’s a couple of key positions where we need to add some depth and strength in.

“Most games, we have a lot of the ball. We spend most of the time in the opposition final third, but we need to make more of it.”

Martin has so far brought in three players – goalkeeper Andrew Fisher, wing-back Cyrus Christie and midfielder Hannes Wolf. Striker Kyle Joseph has also been recalled from his loan at Cheltenham.

But both Ethan Laird and Rhys Williams have moved on after their loans were cut short and Liam Cullen, Morgan Whittaker and Steven Benda have all gone out on loan.