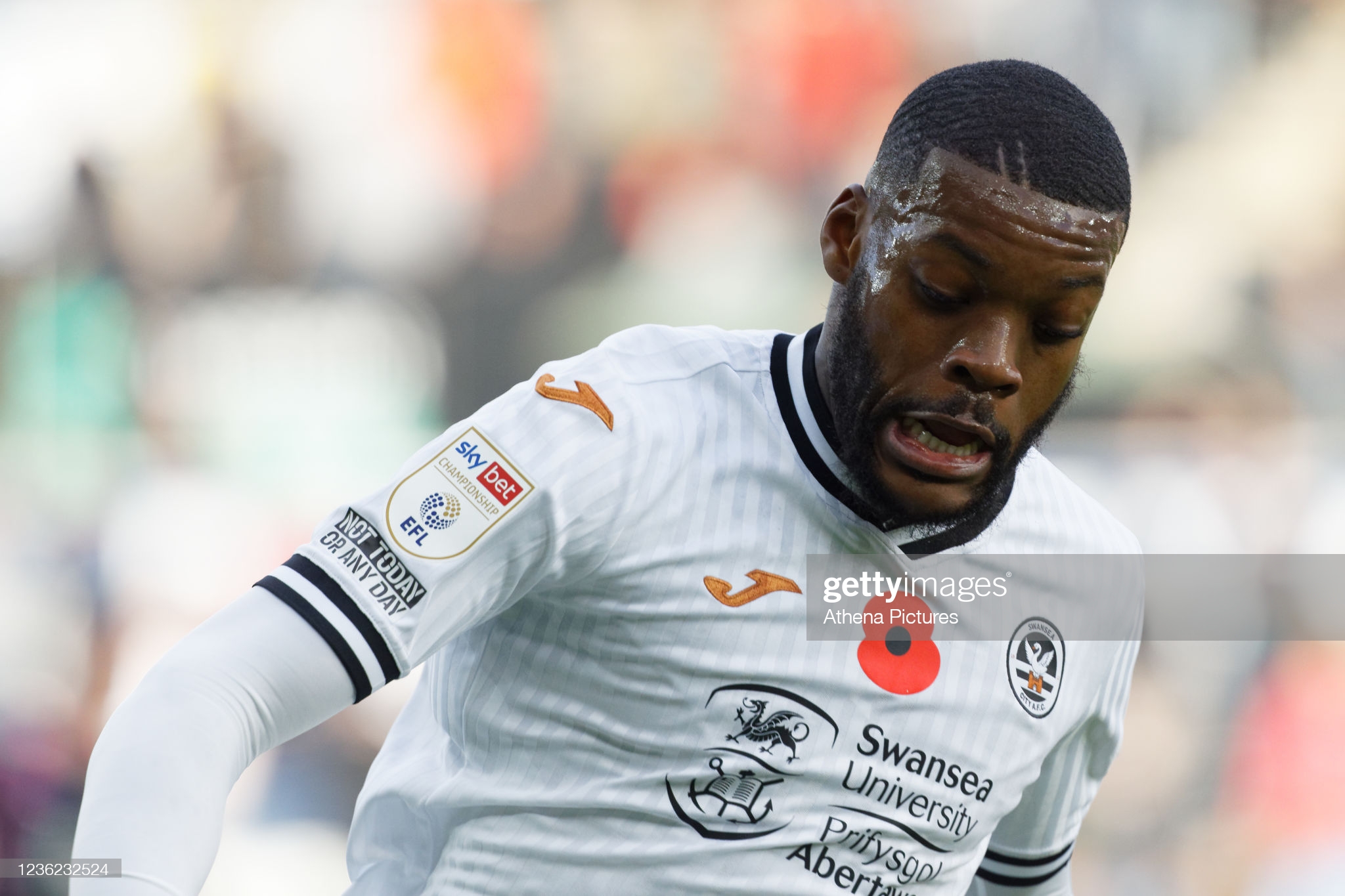 Olivier Ntcham has been backed to lead a Swansea City resurgence in the second half of the season after Russell Martin revealed the French star had rejected a big money move to Russia.

The Swans head coach is predicting Ntcham will become a growing influence at the club as they bid to rejoin the Championship play-off race.

Frenchman Ntcham came to Wales on a free transfer from Celtic back in September, when Martin said the midfielder could have earned more money by joining a major Russian club, believed to be Zenit St. Petersburg.

Likening Ntcham to new loan recruit Cyrus Christie – who has dropped his wages to move from Fulham – Martin said: “When you can show evidence to players that excites them, and evidence of where they fit in, then it opens up doors that maybe weren’t open previously.

“Olivier Ntcham is a great example. He could have got more money elsewhere – I know he could have, from Russia and other places – but once we spoke to him about the style of football and how he fitted in, then Olivier’s mind was made up.

“He’s not regretting it and I think he’ll have a really strong second half of the season.

Goal of the weekend? 🤔#Swans
pic.twitter.com/9m09PYZD0E

“He would not have signed him without they style of play and the identity. Hopefully, we will finish higher up the table which is where he wants to be.

Ntcham, 25, has so far made 17 appearances, scored three goals and collected three assists and is likely to remain a key player for Martin as he looks to end a run of four straight defeats when they visit Huddersfield on Saturday.

Republic of Ireland full-back Christie has taken a pay cut to move to south Wales and Martin added: “It has taken a little while to do and eventually Cyrus has had to sacrifice a bit of money to come here.

“I think it shows brilliant intent from him and it is why people were suggesting it (the move) might be off.

“But he was always confident it was going to get done. It was about finding the right deal between Fulham and himself, our deal with Fulham was agreed a while ago.

“Cyrus has shown a big statement of intent to come here and play football. To do that is the sort of character you need.”

As well as Christie, goalkeeper Andrew Fisher has signed from Martin’s former club MK Dons for a fee understood to be in the region of £400,000 on a four-and-a-half year deal.

I’m looking forward to watching @cyruschristie forging a powerful right side partnership with my man @OlivierNtcham the “subtle bruiser” – could be something spectacular 🤩 https://t.co/YhoKuq1bU1

Both are set to make their debuts at Huddersfield and Martin added: “Fish is a really important signing long term for this football club.

“He is a fantastic goalkeeper. He is someone we had at MK Dons who we had to fight so hard for to sign. He signed three minutes before the deadline because he was someone the owner at MK Dons did not really feel we needed at that time.

“But we knew how important he would be. He took a huge pay cut at that time. He showed a good leap of faith in us… and it paid off for him.

While the Swans have lost four on the bounce, Huddersfield have not lost in their last seven games in all competitions, and claimed a Premier League scalp when they knocked Burnley out of the FA Cup at Turf Moor last weekend.

They had an inconsistent start to the season, but are now unbeaten since a loss to Middlesbrough at the end of November.