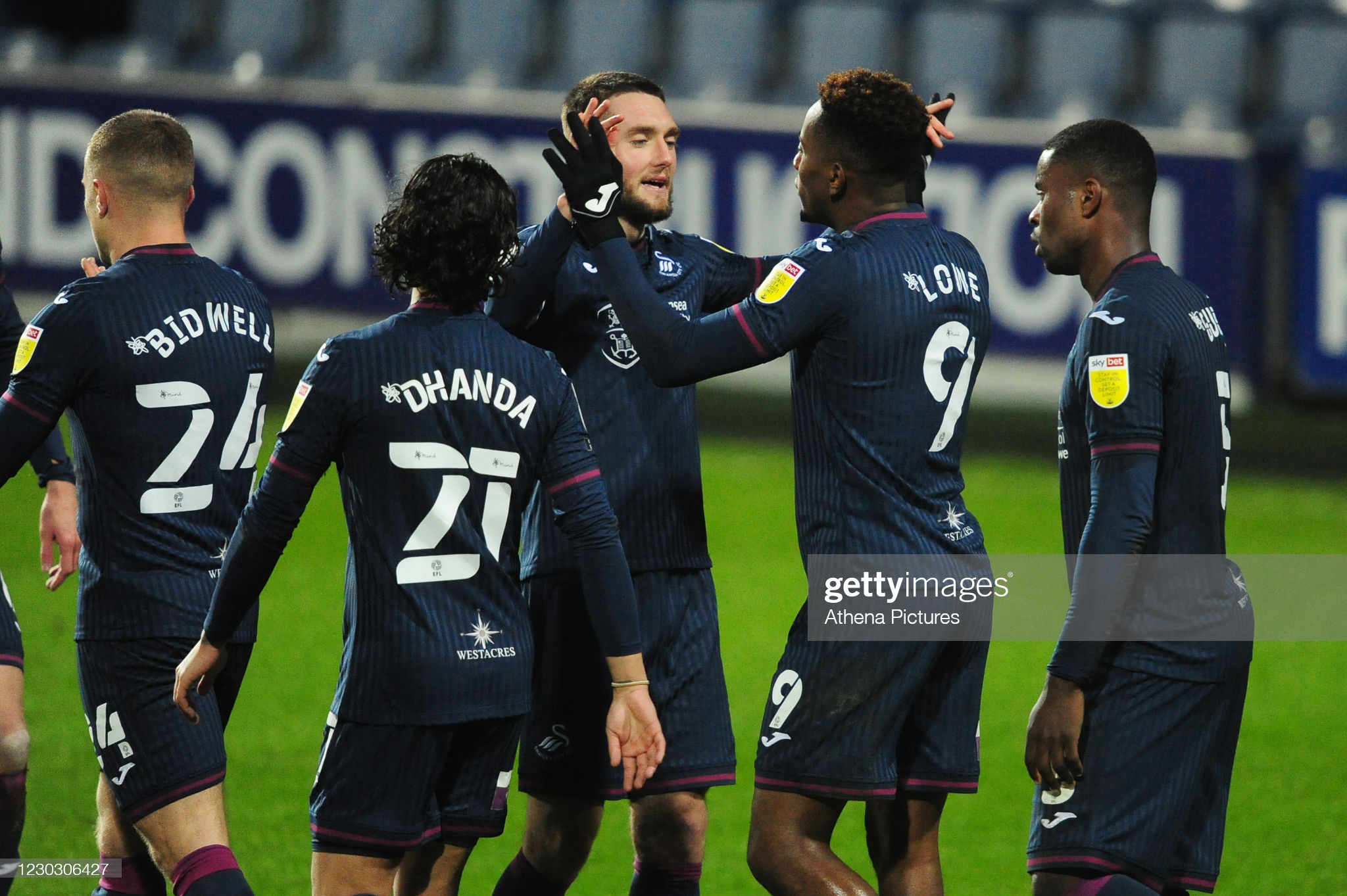 Steve Cooper hailed the professionalism of his Swansea City players and the threat posed by his forward duo as they moved second in the Championship with a fine 2-0 victory at QPR.

Andre Ayew put the Swans ahead with a eighth goal of the season for the club just before half-time.

And Jamal Lowe’s fourth goal in as many games on 54 minutes saw Cooper’s men leapfrog over Bournemouth in to second four points behind Norwich City. Both clubs have a game in hand.

“I thought it was a really good performance again and we were good for the win,” said Cooper. “We were very professional with how we went about it and the boys deserve a lot of credit.”

Ayew – who has also struck twice for Ghana this season – took his tally for club and country into double figures as he headed into an empty net on 44 minutes after the home side dictated play for longish spells.

Former QPR player Jake Bidwell rose highest to meet a cross from from Connor Roberts, seeing his effort diverted onto a post by Yoann Barbet giving Ayew an easy finish.

Nine minutes after the interval Matt Grimes put Lowe clear to slot the ball home with a finish amply demonstrating a man in form in front of goal.

It was his sixth goal of the season since his move from Wigan where he netted four times last season.

“They are the boys playing up front and they have played well all season,” said Cooper of his goal scoring duo.

“But, in that position, you will always get judged on the goals and assists you get, which is fair enough.

“They are scoring, Andre told me he was due a goal, while Jamal has scored quite a few recently.

“They know the responsibility they have, and hopefully they can keep it going.

“It was important for Jamal to score in consecutive games, it was a brilliant goal and that is what Jamal does, running in behind and getting in on the goalkeeper.

“He made it look easier than what it was with the defender covering and him running at full speed.

“It was a great pass from Matt Grimes too.”

Lowe came close to adding a third and while QPR pressed Cooper’s side chalked up an other clean sheet – and with just 12 goals conceded have the best defensive record in the championship.

“We are really pleased with the win. I thought it was a tight game, truth be told, in the first half. We were really happy to come in with the lead.

“Second half was about managing the game, not just in terms of not conceding but I thought we could manage our moments to attack and it came off.”