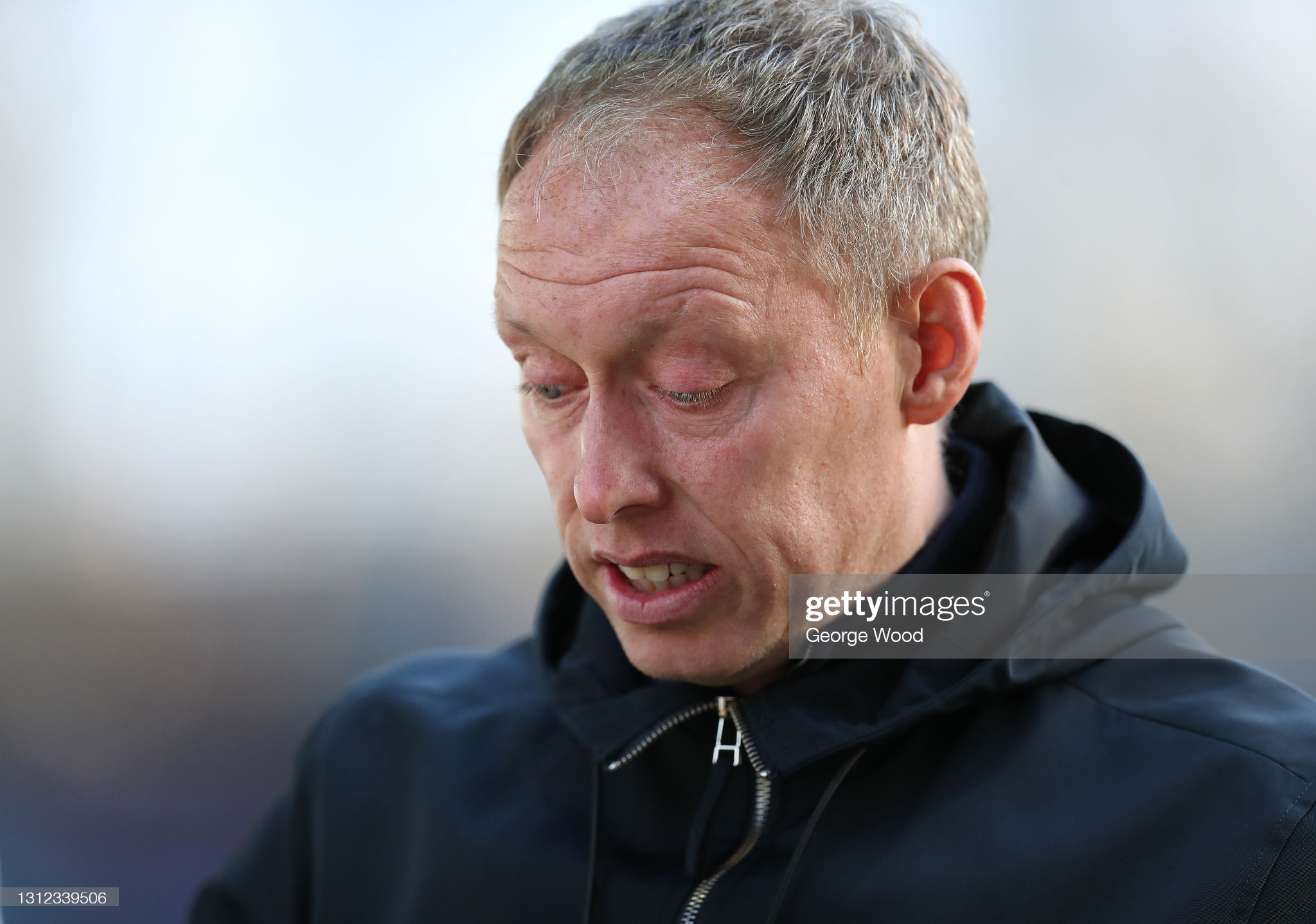 Steve Cooper was encouraged to sign a new contract with Swansea City before it was mutually agreed he should leave, according to the club.

The Swans – who have already been linked with QPR assistant manager John Eustace, Lincoln City’s Michael Appleton and MK Dons’ Russell Martin – confirmed on Wednesday evening that Cooper had left The Liberty Stadium after two years in charge.

It’s a departure that seemed likely when the Swans failed to win promotion to the Premier League in May after losing their play-off final to Brentford after the Welsh head coach was linked with a number of other jobs.

Cooper was of interest to Crystal Palace before the Premier League club appointed Patrick Vieira, and his work at Swansea also attracted attention from Fulham, who appointed Marco Silva.

The Swans say they wanted to talk about a new contract for Cooper, whose deal had another year to run, but it appears another season of low expense recruitment and reliance on loan players did not appeal.

Cooper, 41, was appointed Swansea boss in the summer of 2019, and guided the club to the Championship play-offs in both of his seasons in charge.

How’s everyone feeling about Steve Cooper leaving? Big fear is that the job he did over the last 2 seasons at @SwansOfficial will only be fully appreciated over the next season or two. Worrying times 😵‍💫😣

A club statement said: “Swansea City can confirm that head coach Steve Cooper has decided to leave the club.

“Cooper had 12 months remaining on the three-year deal he signed upon arriving at the Liberty Stadium in the summer of 2019.

“Despite efforts by the club to enter dialogue with regards to a contract extension, it was subsequently agreed by both parties to mutually part ways ahead of the 2021-22 season.”

Cooper was linked with vacancies at Crystal Palace and West Brom earlier this summer, but both of those roles have now been filled.

His departure comes with Swansea’s opening game of the Championship season – at Blackburn Rovers on August 7 – just 17 days away.

Cooper said: “I am very proud of what we have achieved over the past two seasons, especially getting to the play-off final, but it feels like a good time for all parties to make a change.

“It is a fantastic club, with incredible supporters and I am very grateful to them, to the players and all the staff for making me so welcome here. I wish the team every success for the future.”

Cooper was in the dugout for Tuesday’s friendly victory over Plymouth, with the club’s next pre-season fixture to come against Bristol Rovers on Saturday.

Steve Cooper is set to leave his role as Swansea head coach, with a mutual termination of his contract nearing an agreement.

Swansea chief executive Julian Winter said: “We feel that this conclusion is in the best interests of the club with a new season just over two weeks away.

“This decision was reached amicably two weeks ago, and I would like to place on record my thanks to Steve for taking pre-season and for his professionalism while this process has been resolved.

“During his two years in charge, Steve has immersed himself in the club and continually improved our league position as well as giving young players a first-team opportunity.

“It has been well documented that since the club dropped out of the Premier League, the financial position was one that meant the club had to be far more sustainable and we are pleased that so many young players have come here and been afforded that opportunity by Steve and his coaching staff.

“Just like the playing squad, when a manager has 12 months left on a contract, there has to be a coherent plan that allows the club to continue to build both on and off the pitch, and that involves dialogue around contracts.

“We felt as a club that the situation needed clarity and with a new season edging closer, the mutual nature of this decision allows both parties a chance to look forward.”

Cooper began his coaching career at Wrexham’s academy, before moving onto Liverpool and then advancing to take charge of England’s U17 side, who he led to a U17 World Cup victory in 2017.

Swansea will enter the new season missing some key players from their previous campaign, with Andre Ayew having departed, along with loanees Freddie Woodman and Marc Guehi.

They are also now seeking a

Cooper led Swansea to the Championship play-off final as they overcame Barnsley in the semis, but his side were beaten 2-0 by Brentford at Wembley.

The Swans start their Championship season away to Blackburn Rovers on August 7.

2 thoughts on “Swansea City Wanted Steve Cooper To Stay . . . But Are Now Casting Eyes Over QPR, Lincoln And MK Dons”