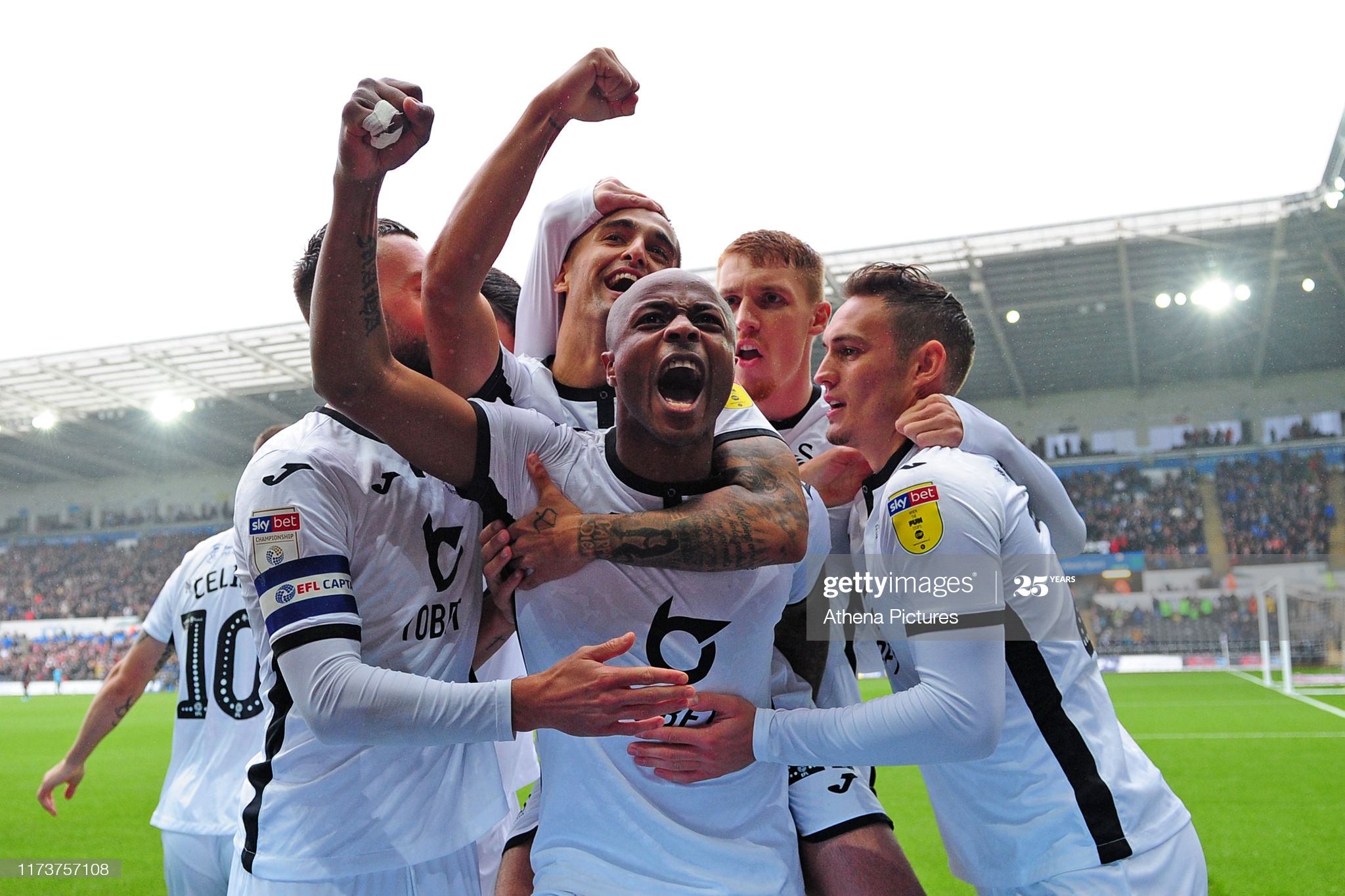 Ayew was part of the Swansea side relegated from the top flight in 2018 and spent a year on loan at Turkish club Fenerbahce before returning to south Wales and becoming the talisman under Steve Cooper.

He has scored 17 goals as the club have reached the Sky Bet Championship play-offs for the second successive season, with Cooper’s side holding a slender 1-0 semi-final advantage over Barnsley going into Saturday’s home leg.

Asked how promotion would compare to scoring for Ghana at the World Cup finals and for Marseille in the Champions League, Ayew – who is called ‘The King’ by his Swansea teammates – said: “It would be among the tops.

“I have grown to love the club and the fans and it would be a big achievement because it would prove I can do it at any level.

“I’ve followed a lot of players who have played at a really high level, come down to the Championship, and not succeeded.

“This has been a test to prove I can do it at any level and I’ve never doubted myself.

“In terms of me personally, this (promotion) would be very big. That’s the reason why I stayed with this team.”

Ayew’s trademark strike at Oakwell on Monday, finding space on his left foot to curl a shot into the far corner, gives Swansea real belief they can go one better than last season and set up a Wembley final date against Brentford or Bournemouth.

Swansea took a 1-0 lead into their semi-final return at Brentford last season before losing 3-1 in west London.

“Last season we played well against Brentford here, but in the second game we gave it away in the first 20 minutes,” Ayew, 31, said as Swansea prepare to welcome 3,000 fans back to the Liberty Stadium after the easing of coronavirus restrictions in Wales.

“We’ve learned from that and we need to show we’ve grown up and want to be in the final.

“This year we have become a complete squad and we could win games when we didn’t really play well, we couldn’t do that last season.

“We prefer to be in our position than theirs at the moment and we are happy to be ahead at half-time.

“But they’ve shown that they don’t give up. We are aware of that, but we want to take our fans to Wembley.

“I can’t wait to be in front of the Jack Army.

“We missed them and for me it’s very important to play in front of them. I need them there to be always for me to deliver more.

“When I get to the Liberty and hear and see them it boosts me that much more.

“It’s something I need and what nearly every footballer needs to get that little extra per cent which makes the difference.”

Ayew’s current contract with the Swans comes to an end after the play-offs and it would seem that the club’s only realistic hope of getting him to stay would be if they win promotion back to the Premier League.

If they were to lose on Saturday – or in a Wembley final to either Brentford or Bournemouth – then Ayew would almost certainly have played his final match for the club.

But he is clear leaving is not a subject on his mind at present and he insisted: “I’m not seeing it like that at the moment to be fair.

“I’m honestly not thinking about it because what is ahead is so important for me. It’s something which will be dealt with at the right time.

Andre Ayew. That is all. pic.twitter.com/OrO1h992lU

“It’s going to be very hard, no-one knows what is going to happen on Saturday. What I do know is we will give everything and my contract is not a problem. The right time will come to discuss that.”

Barnsley have lost all three meetings with Swansea this season and have yet to score against them, despite having 34 goal attempts in 2-0, 2-0 and 1-0 defeats.

Boss Valerien Ismael said: “They are one of the strongest teams in the Championship. But if we score we hope to make them nervous. This is our purpose.

“Swansea will this time have their fans with them. But it’s not always an advantage. It is an emotional feeling.

“We have to focus on the gameplan and try to score as quick as possible, and then let’s see.”