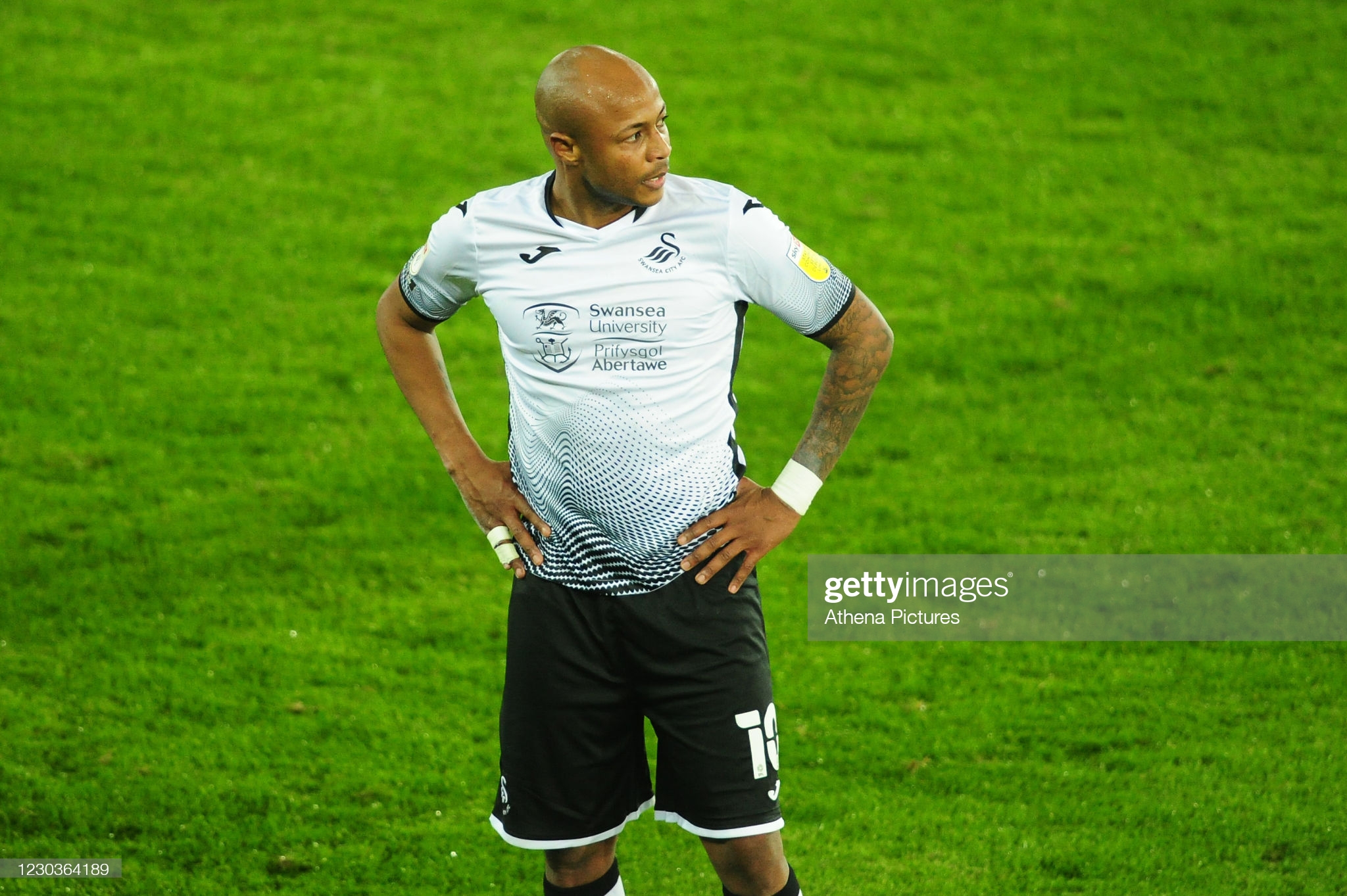 Andre Ayew has claimed he should take the blame for Swansea City “drooping two points” at home to Reading.

The Swans were held to a goalless draw on Wednesday night at the Liberty Stadium where their Ghanaian striker felt he failed to bury either of two great chances.

Swansea had 32 touches in the reading penalty box, and Ayew had five attempts on goal, but two headers in particular could have won the game for the home side.

“One of my headers should have gone in. It’s hard to take.

Goalkeeper Rafael Cabral kept Reading in the game with some big saves, one in each half from Ayew’s headers.

“They were two good saves, but I should have headed it better. If I had done that he wouldn’t have had a chance,” said Ayew.

“I will keep trying and we will never give up. I have scored a lot of important goals for this club and I should have scored tonight.

“It is still early in the promotion race and we won’t get carried away. But if we want to get automatic promotion we need to bury chances in games like tonight.”

Swansea missed the chance to go back up to second in Championship as they were frustrated by Reading.

Steve Cooper’s side had ripped up their poor pitch before Christmas and relaid a new playing surface and this was their first game on it.

The Swans dominated and had all the chances but could not turn their pressure into goals as they had to settle for a point.

Earlier this year Lilian who is a huge lifelong Swansea City season ticket holder and supporter celebrated her 100th birthday. Last night Swansea City draped a shirt over her seat. Sadly she passed away on Monday pic.twitter.com/4oHxBh9BjW

Reading were organised defensively and frustrated their opponents, with goalkeeper Rafael in stunning form with a series of superb saves.

Swansea head coach Steve Cooper confirmed he is waiting to discover the full extent of an injury to Ryan Bennett after the centre-half was forced off early in the second half with what appeared to be a hamstring problem.

Cooper added: “In large parts it was not poor finishing, their goalkeeper has had an excellent night.

“He made a load of good saves, one, in particular, from Andre’s header second half was top draw.

“So, we are frustrated, but I don’t think we can be disappointed as the effort was good, the performance was good and Reading have been a dangerous team this season.

“We limited them to a couple of chances from set-pieces, so there were a lot of really good things. But it is frustrating because we deserved more.”