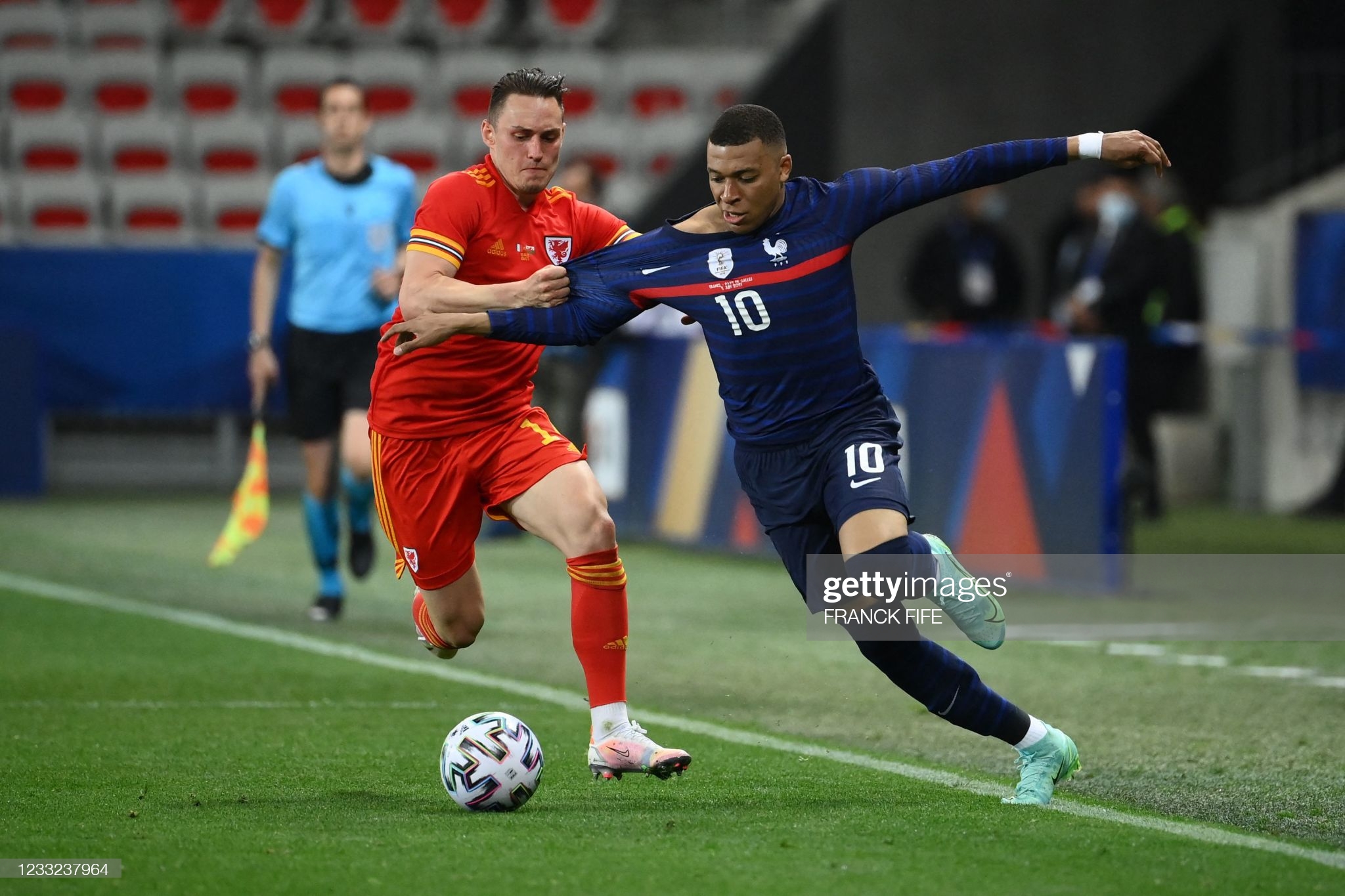 Wales have one match left before their European Championship finals campaign starts next weekend. They host Albania on Saturday with uncertainty still surrounding whether or not Neco Williams will remain suspended. When the real action starts, former Wales and Swansea City star Alan Curtis reckons it should be Connor Roberts ahead of Williams in the selection pecking order, as he tells Graham Thomas.

Connor Roberts has been backed to see off the challenge of youngster Neco Williams and form part of Wales’ defensive shield at the Euros.

Former Swansea City manager and Wales international Alan Curtis believes both Roberts and Joe Rodon – players he nurtured in his time at the Liberty Stadium – should be in Wales’ starting line-up for the tournament.

Williams was controversially sent off during Wales’ 3-0 defeat against France on Wednesday and will be suspended for their final warm-up game at home to Albania on Saturday – a match that is live on S4C.

Wales caretaker manager Robert Page said he was considering an appeal against the dismissal, but it will not affect the 20-year-old’s availability for the first match of the tournament against Switzerland on Saturday week.

When that comes around, however, Curtis believes Roberts should win selection for the right wing-back spot, ahead of Williams.

“Connor has got a little battle now with Neco Williams and there are maybe other people who can also play there on the right,” says Curtis, who retired two years ago after 40 years at Swansea as player, coach, manager and various other roles.

“But I think Connor is in the driving seat. The good thing about Connor is that if he plays in a back four, or if he plays as a wing back, then you will still get that energy from him going up and down the flank.

“It’s all well and good being able to do that going forward, but you have to be able to get back and Connor can do that no problem at all.”

Roberts played the whole game against the French, just four days after being in the Swans side that suffered the crushing disappointment of a 2-0 Championship play-off final defeat to Brentford.

In all, he has already played a staggering 60 matches so far this season for club and country, with the prospect of at least three more in the Euros group stage to come.

He scored five goals and made seven assists in his 46 Championship appearances and his durability and energy should make him a starter for Page, says Curtis, even though Swans head coach Steve Cooper put him on the bench for the two play-off semi-final legs against Barnsley.

“The beauty with Connor is that irrespective of whether he plays in a back four, or is deployed as a wing-back, he will still get forward,” says Curtis.

“He has got such stamina and he just has this ability to pop up all over the park. His quality is getting better but it can still improve. He is a young player and he’s still learning the game.

“He gives Wales energy because he is such a great athlete. I remember when he first came up into the first team from the U21s, when after training was over he would do 18-yard box to the other 18-yard box runs, just as an extra, and he’d do about eight of them.

“He would always do those extra little bits and that was really impressive. He is just an amazing athlete.

“Defensively, I think he can still get better and sometimes you feel his touch can improve.

“But he is unpredictable. He turns up in places you don’t expect him to and his finishing is terrific.”

Curtis would like to see Roberts handed the right back spot for Wales at the Euros, with Williams fighting it out with veteran Chris Gunter for a place on the left.

He would also go for Tottenham’s former Swan Joe Rodon alongside Roberts, possibly paired with another from the current Liberty Stadium bunch, Ben Cabango.

“Unfortunately, Joe didn’t play as many games at Tottenham as we all hoped. The change of management probably went against him a little bit.

“But Joe would certainly be my first choice as centre-back. I also think Ben Cabango had a really good ending to the season.

“With Ben, international football is different to the Championship and there are some games – like the two against Barnsley, where they just kept knocking it forward – where it was meat and drink to Ben.

“International teams don’t often play that way, but he is an excellent defender who just loves defending.

“On the ball, he could be a little bit better but he’s only just 21 and so I think he’s a really good prospect.

“Even for this tournament, though, it wouldn’t surprise me to see Ben and Joe playing alongside each other.”

Curtis, who won 35 caps for Wales as a right-sided attacker, reckons the current Wales squad is not quite as strong as the group that reached the semi-finals of Euro 2016.

But he believes the key for them being able to emulate that success revolves how quickly their three veterans – Gareth Bale, Aaron Ramsey and Joe Allen – can find their rhythm after a season disrupted by injuries.

“If Gareth Bale is fit and firing then anything is possible. To be fair, I thought he had a decent season, given his limited opportunities. I think he scored 16 goals and he’s still a major threat.

Robert Page: “Neco is devastated. He wanted justification from the referee but he couldn’t get it. We’ll do everything we can to overturn it.”

“It’s great to see Aaron Ramsey and Joe Allen back, too. My only concern is that three major players have not really had much game time. But I am optimistic.

“I worked with Ashley Williams, Neil Taylor and others who all came through when I was assisting Brian Flynn with Wales. I always thought that team was capable of great things.

“This team I know a little less well, but if Bale, Ramsey and Allen can hit form then we can become a very capable team, so long as we get into a rhythm quickly.”

Live international football friendly. This is Rob Page’s last chance to prepare his team for Euro 2020, but the first chance to play in front of a home crowd. All the action live with Dylan Ebenezer, Owain Tudur Jones, Gwennan Harries a John Hartson. K/O 5.00.