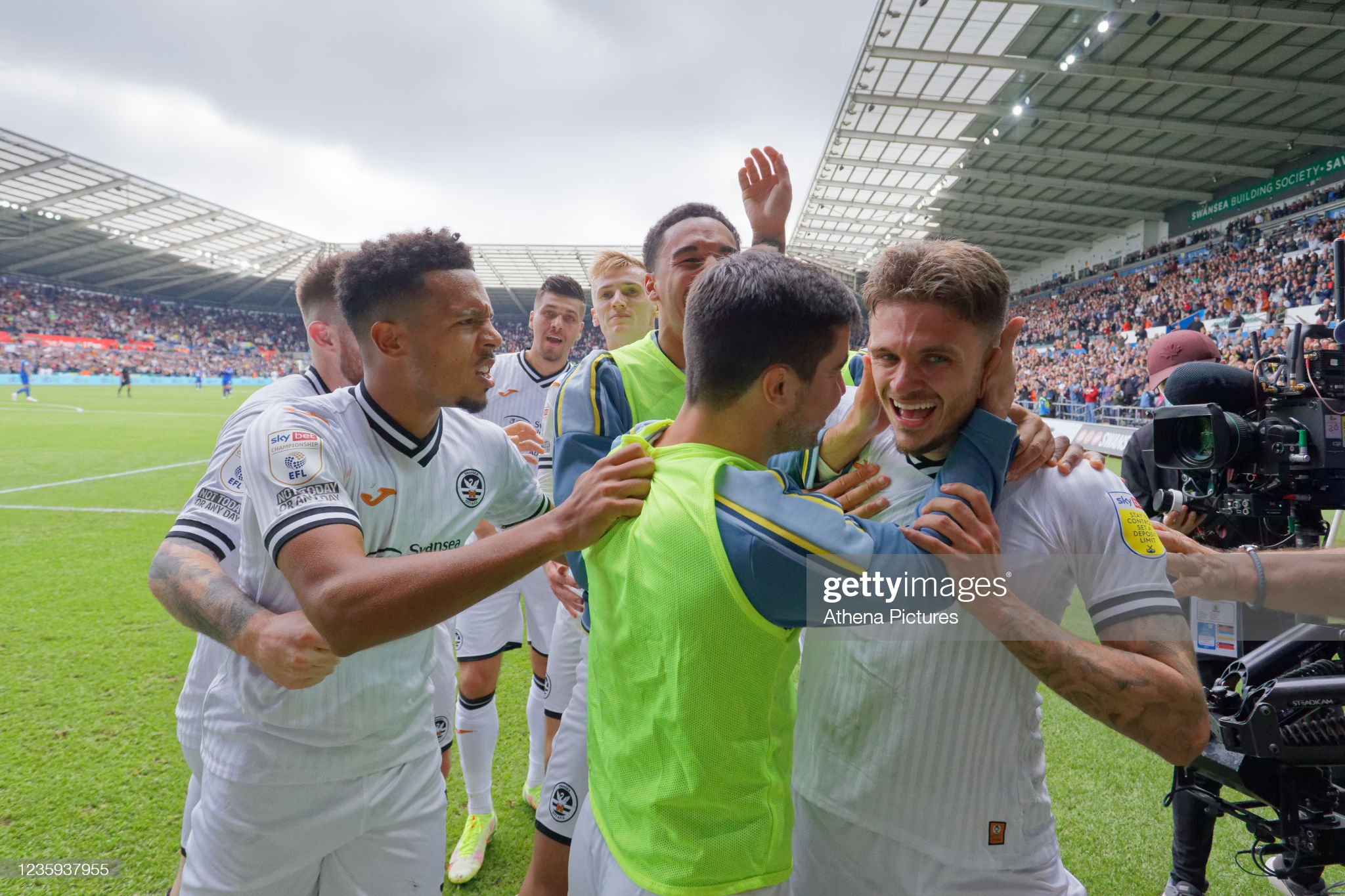 Jamie Paterson has thanked Russell Martin and Swansea City for rescuing his career – and his well-being – after he was dumped by Bristol City.

The Swans’ midfielder, whose man-of-the-match performance in the 3-0 win over Cardiff City underlined his value to his new club, has revealed he was at his lowest ebb after leaving Ashton Gate this summer.

The 29-year-old was shown the door and left without a club following an injury-hit final few months with the Robins.

He suffered hip and groin problems and was then released by manager Nigel Pearson.

At Swansea, he has scored four goals in 12 matches, including three in his last five.

“I had an injury last year that I couldn’t get right,” said Paterson, who scored a superb first goal against the Bluebirds in Swansea’s dominant display and then created the assists for the other two goals.

“There are plenty of reasons in football, behind the scenes, that you probably don’t know about.

“It wasn’t just the summer. Last season was mentally the toughest situation that I have been in. Not feeling wanted as a footballer is not great.

“I had been there for five years and enjoyed myself. I got along with the fans and I did well for the team.

“It was a difficult one to take, but you either sit home moping around or you train on your own and run down the local park, like I did back in Coventry.

“I was waiting for that right opportunity and thankfully it came along for me. Now, I’m really looking to seize it.”

Paterson has admitted that he was not fully fit when he joined the Swans, but a patient approach from head coach Martin has paid dividends and he now looks an integral part of a team that is climbing the table.

He struck a wonderful 25-yard shot for the opener against Cardiff and then displayed his creativity and deft touches to set up Joel Piroe and Jake Bidwell for the goals that followed.

It is a far cry from earlier this year when he was unwanted at Bristol City and a trial period at Middlesbrough ended with him being injured again on his first day there.

Now, he is producing the kind of form that will demand a new contract as he has only signed a 12-month deal.

“I don’t really look at the contract situation. I just look at where I was in the summer, the position I was in.

“Being injured and out of contract is not a nice place to be – especially when you have been somewhere for five years as I had been at Bristol. I ended up at home with no club and no job.

“It was a strange feeling. But I was handed a lifeline and the club have been great with me. Hopefully, I’m showing that back on the pitch.”

Paterson looks a natural fit for the type of game Martin wants his team to play and believes the former Scotland international is recognizing how to get the best out of both him and the team.

“We keep the ball on the grass and we play total football. He gives me total confidence.

“He tells me he wants me to turn on the ball and get into those pockets and that’s exactly where I want to play.

“In the past, I have probably been kept out wide and not been involved too much. But I always want to be involved.

“I think it’s just a case of the staff and the coaches just giving me confidence and the platform to get fit.

“When I first came in I wasn’t fit. They beared with me and there were a few days when I didn’t train. But they didn’t just rush me into training and into games.”

The Swans host second-placed West Bromwich Albion on Wednesday, having earned two wins and a draw in their last four matches.

“We have just beaten our main rivals and we’re now straight into the West Brom and we’ll be trying to get another result,” added Paterson.

“We’re not scared of anybody in the league. If we play like we did against Cardiff, we’re causing every team a problem.

“But West Brom are up there for a reason, they’re a really good side and it’ll be a different task.”