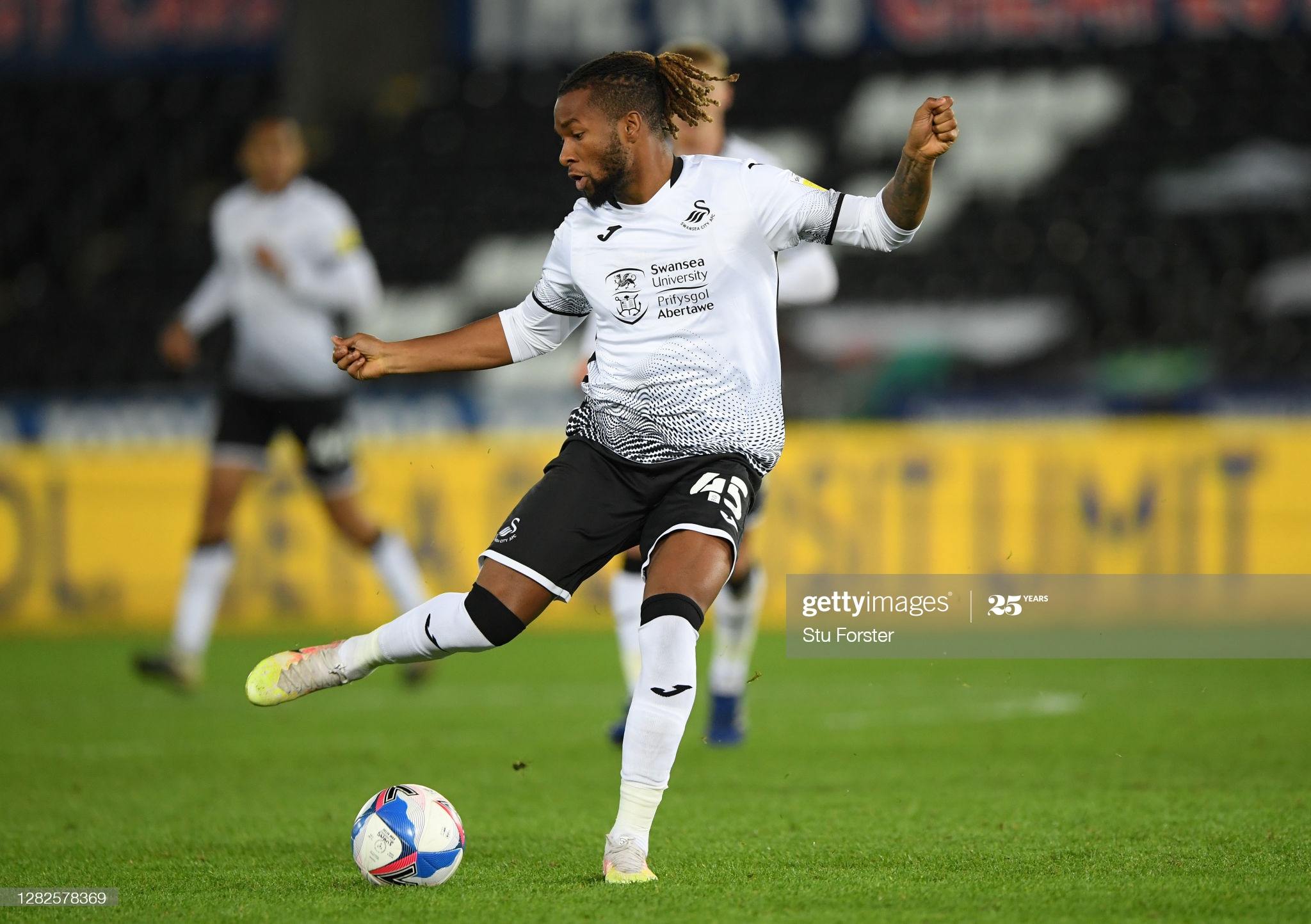 Kasey Palmer finally feels like he’s found home in Swansea Bay – and is keen to make it permanent.

The Swansea City striker has been a footballing nomad since his days as a youngster with Chelsea – one of dozens of young players the London club send out across the world every season.

The itinerant lifestyle can be a difficult one – especially when there is a young family in tow – but having tasted six weeks as a Swan, Palmer would be happy to make his loan move a permanent one.

Still only 24, he joined the Blues at 17 but never made a senior appearance and then had stints at Huddersfield, Derby, Blackburn, Bristol City and now Swansea.

He says travelling the length of the country to join a new team every few months has helped him and his young family grow up off the field, but not his performances on it.
“It becomes a cycle. You go out on loan, you come back to Chelsea, and then you know you’re going somewhere else. You can’t really settle,” says Palmer, who is hoping to help the Swans win at Nottingham Forest tomorrow.

“I felt like I needed to get out of Chelsea and break that loan mould. It’s important to have that stability, especially with me having a little boy and another one on the way.

“Fans just see what you do on the pitch and they will judge you regardless, but they don’t see what goes on off it. When you really look at a footballer’s career, their moves play a part in performance.

“At Chelsea it was loan here, loan there, and we pretty much lived everywhere around the country.

“It’s quite difficult when you can’t settle. Football decided where we went and it made me grow up a lot – sooner than I would have if I’d stayed in London.

“To find a permanent home and somewhere I can build on performances rather than getting into a good place and then having to move again would be ideal,

“Hopefully I can settle in Swansea and crack on with getting my career back on track.”

Palmer’s partner Shannon has followed him wherever his career has taken him and they had their first son Leo when he was at Huddersfield.

He joined Bristol on a permanent deal last August, but Swansea head coach Steve Cooper has wanted him for the last three windows and finally got his man in October.

Ironically, Palmer’s move to the Liberty Stadium is – you guessed it – another loan.

“If the opportunity came to stay at Swansea, I wouldn’t turn it down,” he says.

“I’m out on loan again, but this is the club who have wanted me for a while and I believe and trust in the manager and club’s ambition. I can’t see why I wouldn’t want to stay here for longer.

“The move had been coming, but the timing of this one couldn’t have been better. Part of me thinks ‘What if it happened a year ago?’ but that’s football.

“I have to repay the trust Steve has put in me from now until the end of the season. Swansea is a Premier League club. If we weren’t pushing for promotion then it would be a big concern.

“This year is a big year for me. Without putting too much pressure on me or the team, this is the season where I need to kick on and achieve the targets I’ve got in my head,” said Palmer.

“When I’m 25 and 26, I want to be playing in the Premier League. I’ve had four or five years in the Championship at good clubs, but now is the time to get my head down and kick on.”