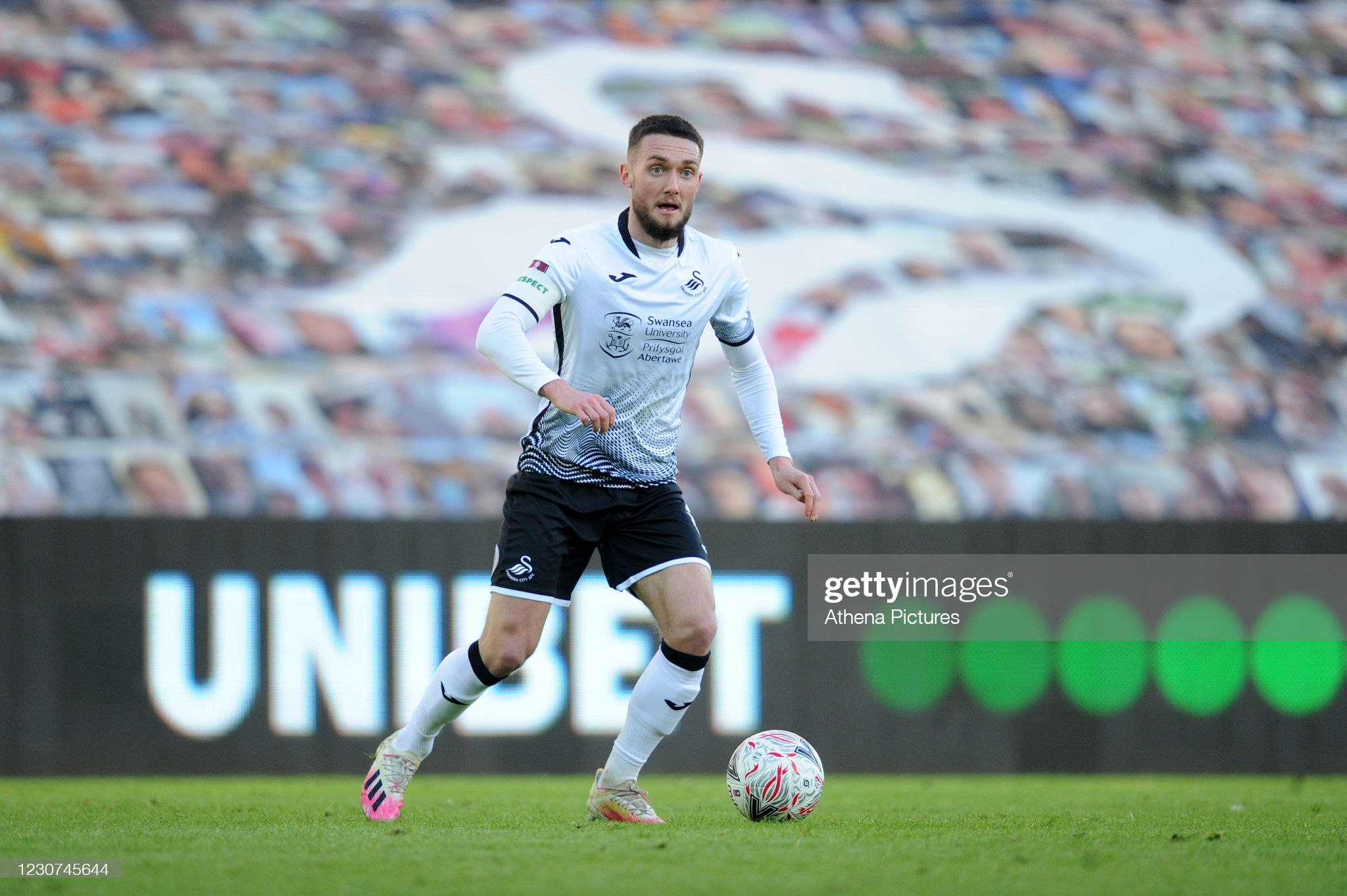 Matt Grimes has admitted Barnsley’s unconventional football is capable of posing problems for Swansea City in tonight’s first leg of the Championship play-offs.

Barnsley finished one point above the Sky Bet Championship relegation zone last season, but the appointment of Valerien Ismael in October and the introduction of high-energy pressing tactics and a direct style transformed their fortunes.

The Tykes ended the 46-game campaign two points and one spot below fourth-placed Swansea and the sides meet in play-off action at Oakwell on Monday, with the return in south Wales on Saturday.

“They are certainly unique,” midfielder Grimes said of Barnsley’s approach. “They do play with high intensity, so we have to make sure we are ready for that.

“They have some very good players and a style that has hurt teams throughout the season. We just have to deal with it the best we can.

“It’s a challenge for both teams and it will be an interesting match-up for sure.”

But Grimes does not read anything into those results, with conditions set to be completely different and limited crowds allowed to attend both games.

He said: “These play-off games stand on their own. The two games we had with them, the conditions and pitches were not ideal.

“Probably not as much football was played as there will be in the two legs coming up.

“I’m expecting different type of games, but there are things we need to take from the previous two to this one.

“But the two teams are in a completely different place to what we were in the season, so I don’t think you can draw any conclusions from the two previous games.

“We’ll also have fans at the games and we can’t wait to play in front of the ‘Jack Army’ again.

“It gives me goosebumps just talking about it, but hopefully they can give us a real boost for the second leg.”

Grimes was part of the Swansea side beaten by Brentford in the play-off semi-finals last season and much of Steve Cooper’s squad that day remain at the club.

“The lads that were involved can use that feeling (of losing),” Grimes said. “You don’t want to feel like that again.

“That can serve as motivation going into this one, but we have to be at the top of our game.

“This year we have gone from strength to strength as a team.

“We have had more points, more clean sheets, better defensive record, so from that point of view I do think we are better equipped this year.”

Grimes is hoping the play-off experience of midfield teammate Conor Hourihane – a play-off winner with both Aston Villa and Barnsley – will help get the Swans halfway to Wembley with a positive result at Hourihane’s former club.

“Since he’s been here, he’s been fantastic,” admitted Grimes.

“On the pitch and off the pitch, he really brings an aura of confidence. Like I’ve said before, experience is massive in games like this.

“For him to have been a part of it with Villa and be on the positive side of it, it’s only a good thing that he’s with us and helping us to achieve what he did with Villa.”

And on his desire to see Hourihane return to the club next season, Grimes said: “Of course. You always want players like him around.

“He’s a fantastic player and a fantastic man as well. He’s a pleasure to play with and he’s the type of person that really lifts the changing room and gets the best out of people.”