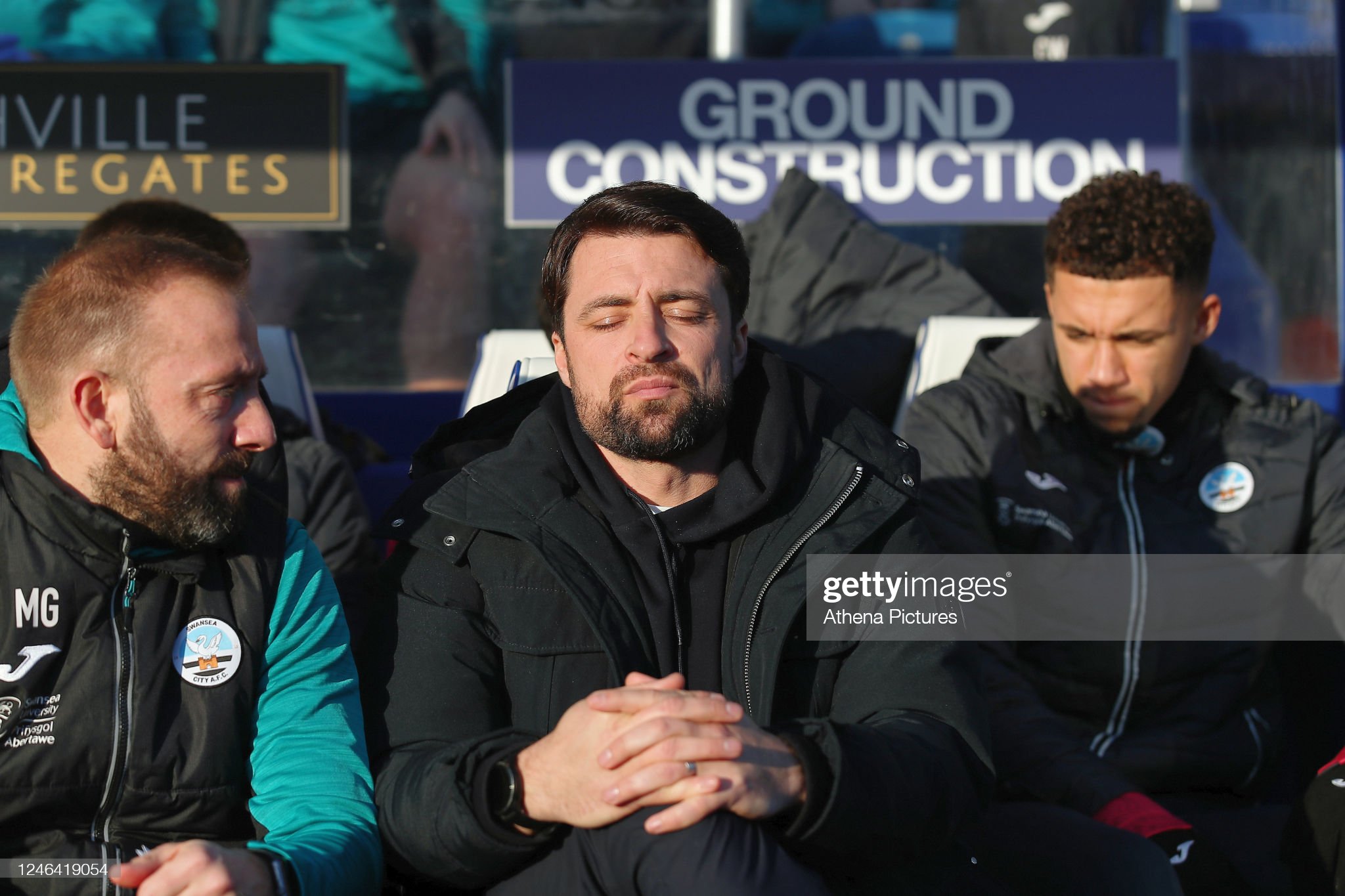 Swansea City remain just three points off the Championship play-off places despite only two wins in their last 12 league matches.

The Swans fought back from a goal down to earn a 1-1 draw at Queens Park Rangers, although head coach Russell Martin admitted he had mixed feelings over another hot and cold display.

“I am happy with a point,” said Martin after Jay Fulton’s late equaliser had cancelled out Jamal Lowe’s goal on his debut against his former club.

“I’m pleased with a lot of the game and frustrated by some of the rest of it.

“It was a poor goal to concede but there was more disappointment with the mentality of the team after that – we went a bit timid, passive and slow.

“We limited them to very little in the first half apart from the goal and at half-time we had a chat about it and wanted more energy and aggression. In the second half we showed a willingness to fight.

Aside from the bad apples in our squad, Jay Fulton is a prime example on and off the pitch that he will put everything on the line and perform at his best for Swansea City. pic.twitter.com/v1XofiptKm

“Let’s make sure we do it on our terms. I said we’d get a chance and we scored a goal of high quality.”

Swansea striker Morgan Whittaker did not feature after telling Martin he did not feel he was in the right frame of mind to play.

Whittaker has been the subject of a £1.5m bid from Scottish giants Rangers, but the clubs are apart on their valuation of the player with the Swans wanting £3m.

The 22-year-old was recalled from a successful loan spell at League One Plymouth – against his wishes – as his parent club sought to cash in on his improved value.

But no deals were agreed before the QPR game, leading Martin to say he would include Whittaker in his squad for Loftus Road.

Had he played, that would have ruled out any move – to Rangers or elsewhere – for the remainder of the season as loan rules prevent any player from appearing for more than two clubs in the same campaign.

“I did the (pre-match) press conference and received a text from Morgs saying he wasn’t in the right frame of mind to travel with the squad, for a number of reasons,” explained Martin.

281 appearances later and still going, he has been a great servant for this club and has been vital since we dropped in to the Championship.

“The situation hasn’t changed, we haven’t received any more bids from anyone. We have to respect that and be conscious he’s a young man in a difficult moment. His wellbeing is the most important bit.

“He’s got his family with him this weekend because he doesn’t want to think about football and we’ll assess the situation when we’re back in on Monday and see where we’re all at.

“It just means it’ll be a slower process, him trying to get back into the team if he’s still here in 12 days or whatever it is, which I envisage him being.”

Rangers are expected to return with an improved offer for Whittaker next week, for a player Martin himself was in no rush to bring back from Plymouth.