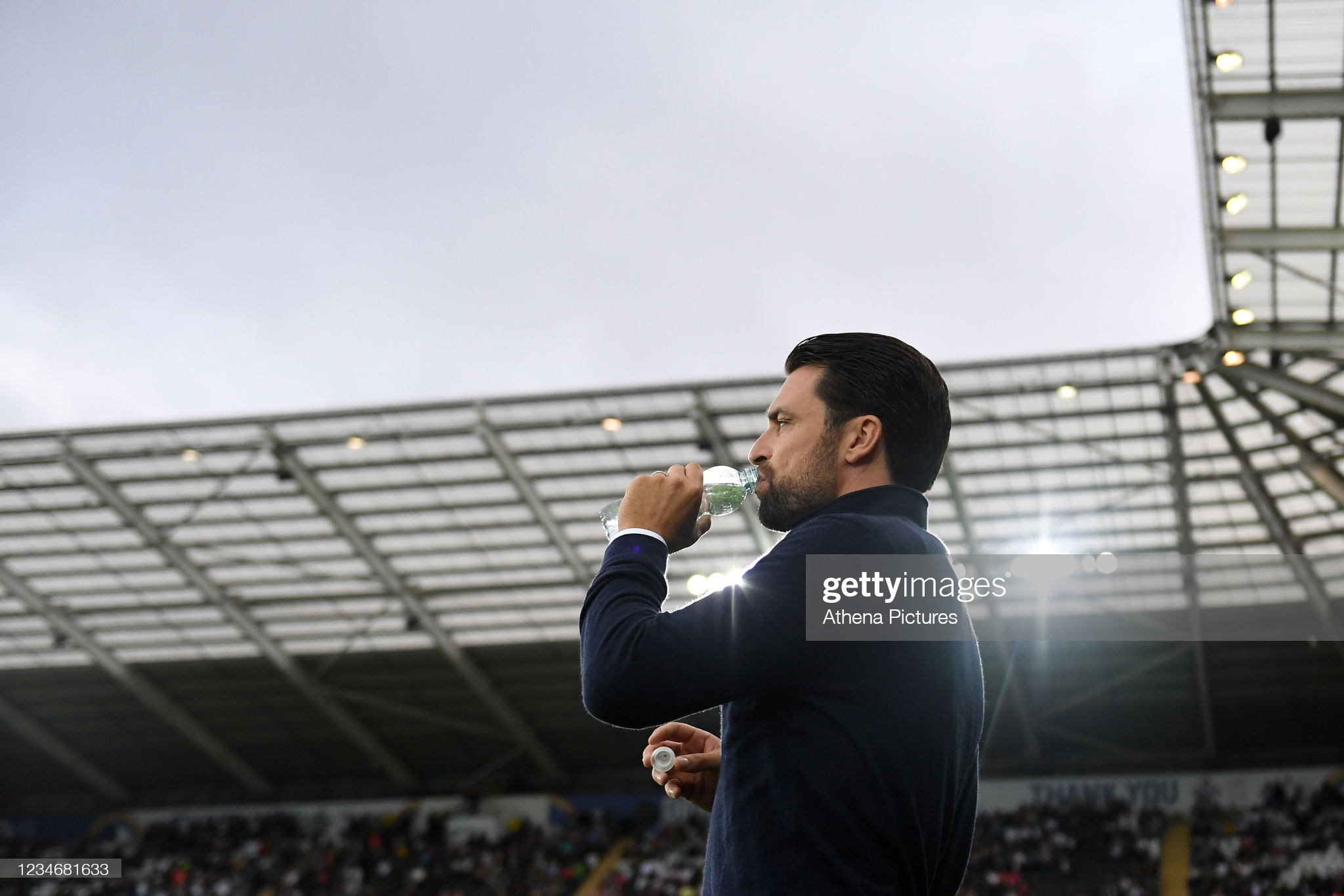 Despite a goalless draw against Sheffield United, Swansea City head coach Russell Martin thought “there were a lot of positives to take” from his first home match in charge.

The former MK Dons chief has clearly already implemented his passing style on his new players, yet said that his side, “lacked the fitness to do it for 90 minutes.”

He admitted there had been disruption to his side’s pre-season.

Swansea’s possession-based football saw them have 62 per cent of the ball against the Blades which impressed the vociferous fans at the newly-named Swansea.com Stadium on Saturday night.

Martin said: “I think there were a lot of positives to take. The players played the way we want and we had control.

“We lacked the fitness to do it for 90 minutes and didn’t have as much as we would have liked in the final third, but the players are doing brilliantly.

“We played a top team full of Premier League experience who will be there or thereabouts at the end of the season.

“We are asking the players to play in a different way. It’s been a disjointed pre-season and not ideal, but games help. I feel for the guys who work up top. We haven’t had time to work with them.

“We’ve had less than two weeks with this team and the focus at the moment is on the guys at the back and in the middle. We still had good moments tonight.”

Martin confirmed after the match that Ethan Laird is on his way to Swansea from Manchester United on a season-long loan with just a medical required before he signs.

“Ethan was upstairs watching so if he’s driven all the way down to Swansea, I hope that he’s ready to come in,” said Martin.

“He needs a medical and he needs to sit down with us and discuss how it’s going to work. But he’s here and I look forward to seeing him tomorrow morning.

“Then we’ll have a chat and see where it goes from there, but hopefully that’ll be one that gets done.”

Slavisa Jokanovic’s United disappointed in Swansea. They were relegated from the Premier League last season, but are the only team yet to score in the Championship so far.

After the match, Jokanovic reiterated his desire to win football matches rather than focus on aesthetics – a tactic that his seen his sides promoted on two previous occasions.

He highlighted the psychological shift in moving from the Premier League to the Championship, yet wants to continue being a risk taker in his search for success.

Jokanovic began the Swansea match with four strikers on the pitch, yet highlighted the attacking play of Ben Osborn off the bench by describing him as a “bit of fresh air” in a tired performance.

Both managers admitted that their sides were lacking some match sharpness, especially in the final third, with Martin stating that his focus has been on his defence and passing style.

The team’s solidity had clearly improved since their opening day defeat to Blackburn with Ryan Manning and Brandon Cooper putting in noteworthy displays.

Martin understood the need for more intent when attacking and hopes that they can obtain more support for Jamal Lowe before the transfer window ends.

Two of Swansea’s summer signings, Jamie Paterson and Flynn Downes, started the match and impressed, whilst Joel Piroe came on late for the hard-working Lowe.

Downes looked steady and composed in his new partnership with captain Matt Grimes with the duo being key to Martin’s progressive passing philosophy.

Although this may not have been the most entertaining match to welcome fans back to the newly named Swansea.com stadium, there were plenty of positives for both managers and for the energetic Swansea support.

“I think we need to add people to help us whether it’s at the top end of the pitch or the bottom,” Martin said.