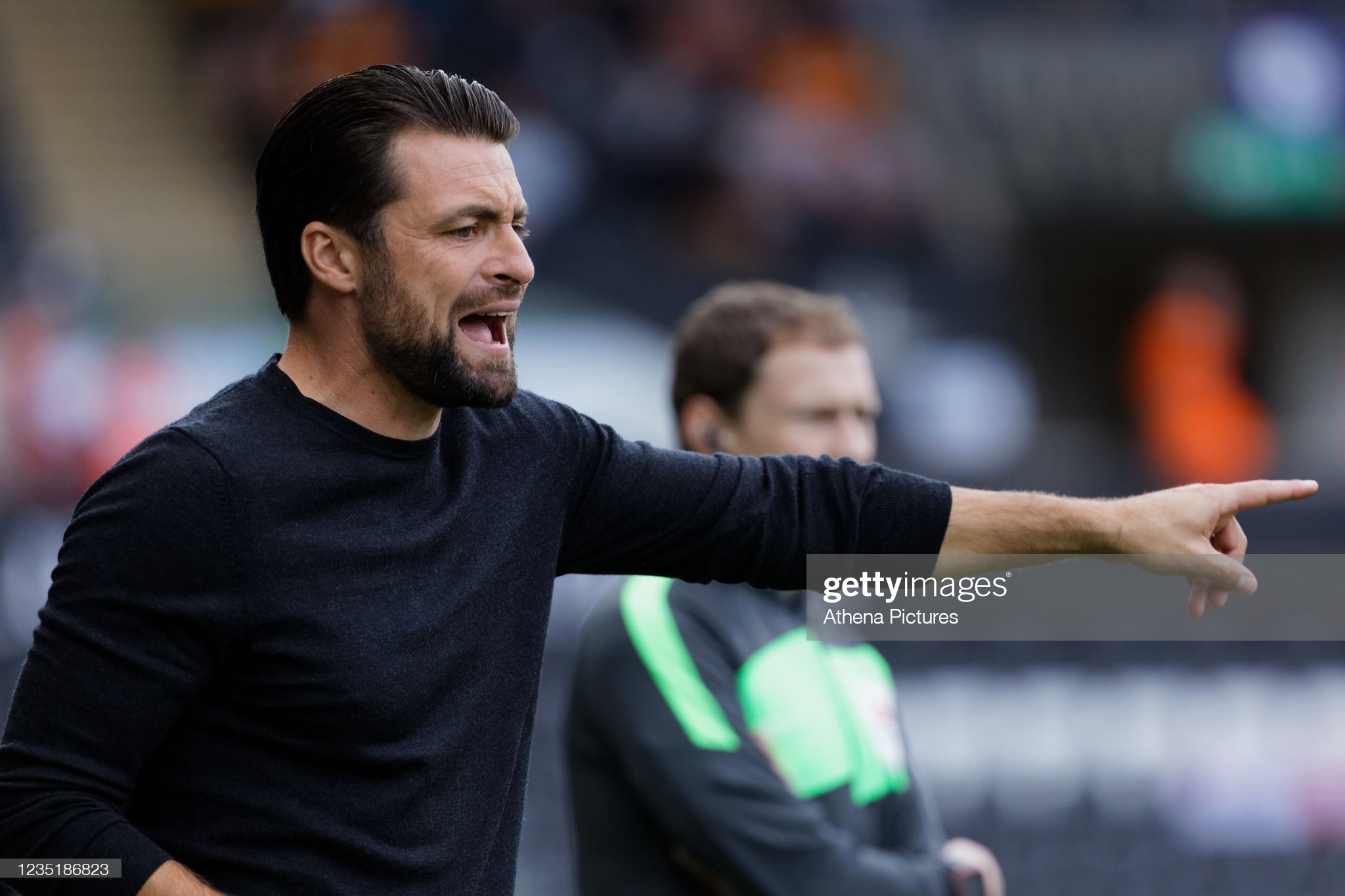 Russell Martin insists he is under no pressure to get Swansea City promoted this season – but next season will be different.

The Swansea City head coach – whose team host Millwall tonight – is still looking for his first home victory of the Championship campaign.

The Swans have so far won just one game out of their first six and are languishing in 20th place in the table, above the relegation zone only on goal difference. They have also only scored four times in those half a dozen matches.

But Martin is clear the priority for him this season is to return the team to a more attractive possession-based style of play, rather than make the top two or the play-offs.

The former MK Dons boss is adamant the fans are squarely behind those priorities and have shown patience and understanding. Next season, though, he concedes the focus will be on trying to return to the Premier League.

“I have felt no weight of expectation, only an understanding that we are completely changing the way the players are working, physically and tactically. It takes time,” said Martin.

“I don’t feel any weight of expectation over where the players are going to finish. We are trying to build something this season, which means that by the end of the season we are not in a difficult situation.

“I don’t know where we will end up, but I will have a better idea in January of February. For now it is about building something we can keep improving and see where it takes us.

“Next season will be one where I will have an expectation about what we can do, but this year it’s about the team having a clear identity and making people proud of coming here.”

Martin says he was encouraged by the passing statistics for last Saturday’s 0-0 draw at home to Hull City, which showed that his team made more passes in the final third of the field than any other team in the division.

Now, he wants his players to be bolder with their decision-making and take more risks, but he believes the supporters are fully behind the current emphasis on style over results.

Once the style is embedded, and the wrinkles are iron out, he insists the results will come.

“The fans have been great. I said when I came here that we are fortunate in having a set of fans who have been used to a certain way of football.

“The team had great success over two years, but it was a little bit different to the football they had experienced before which is why we have been brought here.

“It was not an unsuccessful team that had struggled. But it’s a group of owners who wanted something to change, culturally, and on the pitch, and they decided we could bring that.

“That’s why I am confident we have time to make it work and we have the backing of everyone here. The owners have been great and they showed that on deadline day.

“The fans have been brilliant. I had some little messages on Saturday from people associated with this club, which were really pleasing. They really enjoyed the performance and believes the next stage is coming.”

The Swans face a Millwall side that sits a point above them in the early standings.

The Lions picked up a useful point at West Brom last time out, and are unbeaten in their last three games in all competitions.

And Martin expects Gary Rowett’s side to offer another tough test of their credentials.

“They have a clear identity and have a good manager,” added the Swans boss. “They’ll come here and work extremely hard to make it difficult for us.

“They have an aggressive mentality and are strong at set-pieces. Every singly week in the Championship you come up against powerful, strong teams.

My Swansea City team to play Millwall on Wednesday.

“But we are at home and we have to build a really good performance from last Saturday. We have to back that up.”

New loan signing from Liverpool, Rhys Williams picked up a knock in Saturday’s fixture, but Martin is confident he is ready to go and expects to have the same group of players to select from against the Lions.

“He’s fine. I thought he was great. He’s been great, having needed time to work on things,” Martin added.

Martin is expecting the 20-year-old – who made 19 appearances for Liverpool last season as he covered for injuries at centre back – to become increasing influential.

“He has a great mentality which is what you expect coming from Liverpool. He has a real great approach to training.

“He is a young guy so despite him having a run in the team last season, I don’t want to put too much pressure on him. We are really excited to work with him and see him improve during the season.

“We have been trusted by Liverpool to try to improve him. This club has a great track record of doing that with players and hopefully we’ll do that with Rhys.

“He has certainly made a really promising start.”