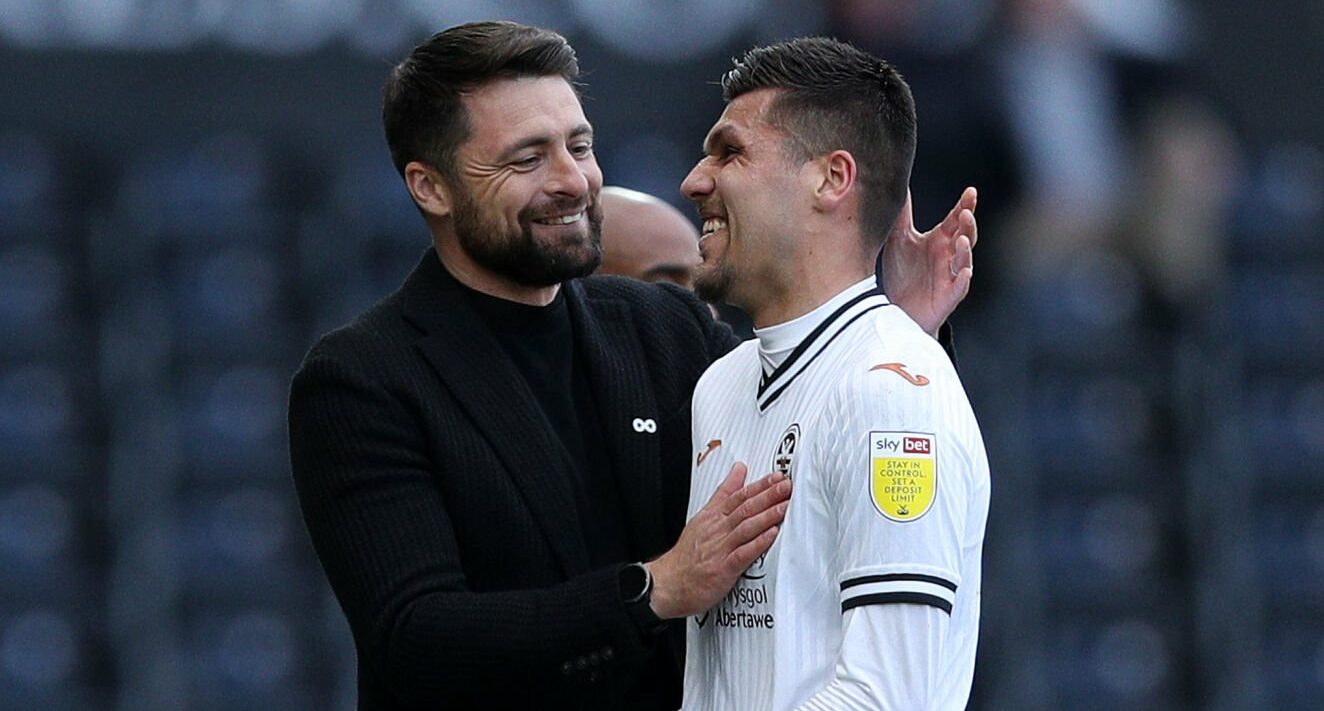 Russell Martin has insisted he will not be rushed into any quick sale of Swansea City’s leading marksman Joel Piroe.

Swansea head coach Martin has admitted there is likely to be plenty of interest in Piroe after the Dutch striker’s hugely impressive debut season at the club.

The 22-year-old has already been linked with Premier League Leicester City after reaching the 20-goal figure for his Championship campaign with two goals against Derby County last weekend.

In recent seasons, Swans fans have grown used to the club selling off their best youngsters – including Dan James, Oli McBurnie, Joe Rodon and Connor Roberts – often in what have appeared poorly undervalued deals.

It was a frustration for previous managers Graham Potter and Steve Cooper, but Martin insists Piroe will not be allowed to go this summer unless a correct valuation is met.

That would seem to be at least 10 times the £1m the Swans paid PSV Eindhoven for Piroe back last July.

“I think the owners trust me and Mark [Allen] and the judgement of Julian [Winter] on what a player is worth, for sure,” said Martin.

“I don’t think anyone will be leaving on the cheap. It’s not going to be a case of ‘if there’s some money coming in, it’s a good profit’.

PSV have a sell on clause

Pricing it up..surely need to be asking for at least £20mn before any clauses/add ons.

I hope we don’t sell him at all, he’s enjoying it with us, and under our style

“No-one is going to be forced or rushed into anything. We’ve had no offers for him and no conversations about him.

“All I know is that we’ll make sure, if anyone ever leaves the building, that it’s worthwhile for us and it means we can go and find the next one.”