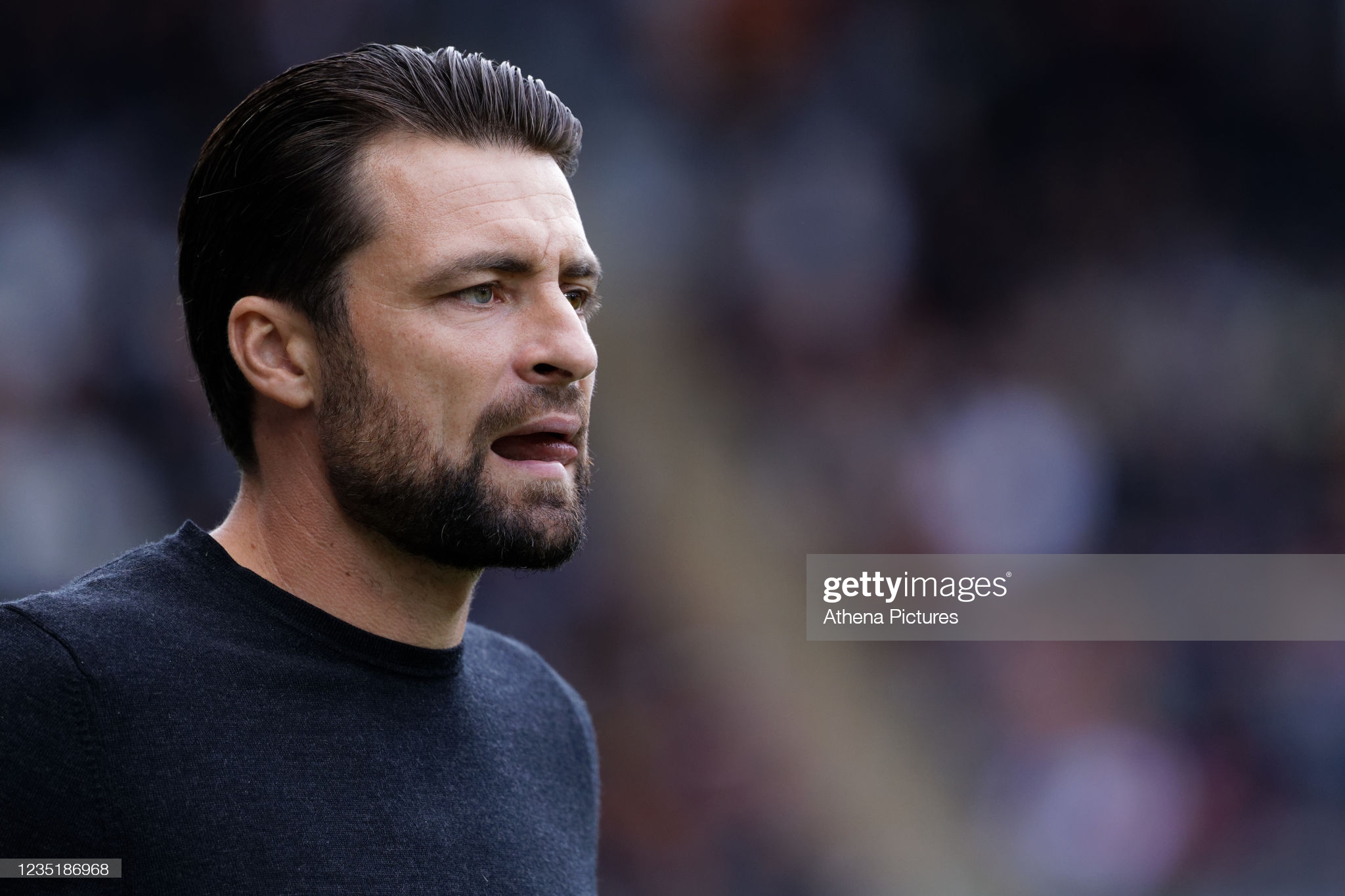 Russell Martin has promised worried Swansea City fans their lowly position in the Championship will not be the one they occupy at the end of the season.

The Swans had a to settle for a frustrating 0-0 draw at home to Hull City on Saturday – a result which leaves them with just a single victory from their opening six matches and in 21st place, one point and one place above the relegation zone.

It is early days in the campaign but the Swans – who lost both Andre Ayew and Jamal Lowe in the transfer window – have only scored four goals in those half dozen matches, the joint lowest total in the Championship.

But head coach Martin insisted: “Today shows me and a few the other performances show me, along with the way we have trained, shows me we are not going to finish in the [league] position we are in now.

“I am frustrated for the players because I thought they were outstanding. We have limited a team to just one shot on target and that was in the 94th minute.

“We had complete dominance and control from our intensity and let’s get it right, they did not come here to defend.

“Their keeper has made some fantastic saves and we have had a few too many shots from outside the box but when teams defend that deep it becomes difficult.

“But that next bit is going to come, if we had scored one the game opens up and becomes completely different.

“They did not come here to defend and sit back, we did that, we earned that, and the only frustration is we didn’t score.

“They came to press really high if you watch the first 20 minutes. They realised pretty quickly that the guys were playing with a real intensity, real courage and real conviction so it soon turned into us dominating the game. The guys earned that.”

Tigers goalkeeper Matt Ingram made a string of first-half saves to deny the dominant hosts and secure another valuable point for Grant McCann’s side.

Swansea finished the game with 70 per cent possession and stopped Hull from registering a shot on target until stoppage time but they could not find the breakthrough.

Martin’s side have only scored once at home in their opening three matches at the Swansea.com Stadium but he believes an end to their barren run is close.

“I know it’s easy to say that but you could see that and I am disappointed for the players. But I am positive because that was a big step in the right direction.

It is now five games since Hull last scored in the Championship but they have earned points against Bournemouth and Swansea in their last two games.

McCann believes there are plenty of positives to take from the draw against last season’s play-off finalists.

He said: “I thought we defended well and limited them to shots from range. Any point away in the Championship is good regardless of who we play. So, we’ll take the point and move on.

We’re a goal away from this being some of the best football we’ve seen here in years. Russell Martin’s footprint is all over this team now.

“We limited them to very little, people will want to ask questions, people want to hit us when we’re down. We’re used to people having pops at us.

“We’ve been missing a lot of players and we’ve got guys coming back from injuries but we’ve got two clean sheets in a row with a back four that people say can’t defend in the Championship.

“Things take time, Rome wasn’t built in a day. We’ve got two points in a row; we can take a lot of positives defensively. It was the foundation for us to win the league last season.

“We know we have goals in the team when we’re fit and firing. They’re only going to get better.”