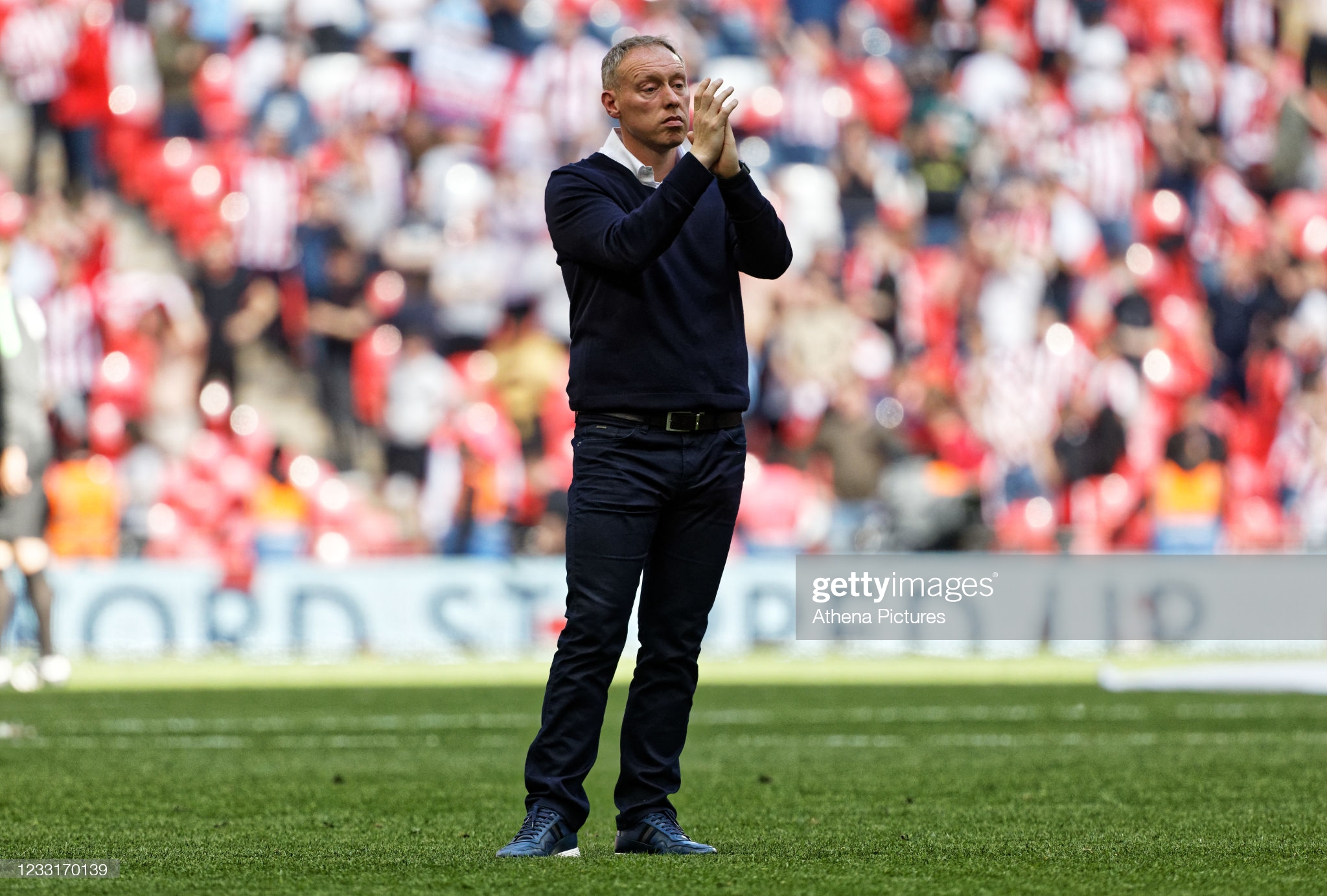 Steve Cooper insists there will be no sulking at Swansea City over the lost ticket to the Premier League.

The Swans’ head coach has claimed he will soon get down to work on implementing plans for next season despite uncertainty over his own future following the play-off final defeat to Brentford at Wembley.

Cooper’s side have been left to reflect on the certainty of starting the next campaign on zero points in the Championship – alongside the likes of Hull City and Peterborough – with 46 matches to play, instead of visiting venues such as Old Trafford or Anfield.

But the 2-0 defeat and a below par performance when it really mattered will not be dwelt on for long, says Cooper, who has been linked with the managerial vacancies at both Crystal Palace and West Bromwich Albion.

“Don’t worry about me,” said Cooper. “You either sulk and things get even worse, or you come back fighting even stronger.

“That will definitely be this set of players’ mentality because they have always done that.

“We have had to do that this season to get as far as this, particularly in the circumstances we’ve had to work in. That will be the lads’ approach I am sure.”

“I have always worked on the basis that although setbacks are the hardest thing, they are the most important thing that defines you,” he said.

While the chances of Cooper remaining at the Liberty Stadium to finish the final year of his contract are uncertain, so is the future of over half the team that lost at Wembley.

How much money the club allocates to replace them, and the quality or otherwise of the new recruitment will be the focus of the next few weeks and a major determinant on whether Swansea can compete for promotion again next season.

The three clubs relegated from the Premier League – West Brom, Sheffield United and Fulham – will also have parachute payments that the Swans can no longer call upon, while big spenders such as Middlesbrough, Stoke City and Bournemouth remain in the division.

“That’s normal whatever league we were going to be in. We will just crack on with those plans now we know what league we are in. It’s the Championship so we’ll plan accordingly.”

Goalkeeper Woodman, 24, made his 96th appearance for the Swans in Saturday’s play-off final, bringing to an end his second season-long loan with the club.

He will be returning to Newcastle United but it will be a wrench to be part of the break-up of the current squad.

“It’s probably been the best two years of my life playing here. I’ve fallen in love with the place and developed so much,” he said.

“I just wanted to get over the line for the city; I know how much they wanted us in that big league, so I’m absolutely gutted. I hope this isn’t the last game I play in a Swansea shirt.

“The main thing is to sort out my next step; if that’s in a Swansea shirt then brilliant but if it’s not, I have to crack on and that’s football.

“I’m a Swansea City fan now; I’ll be looking out for their results straight away, but football’s a funny game and anything can happen. We’ll see what happens.”

Golden Glove winner Woodman brought down Bryan Mbuemo to give Brentford the penalty from which Ivan Toney opened the scoring, and accepted he could have no complaints about the decision.

“It’s disappointing. To lose any final is not nice and I’m gutted to get the same feeling here,” he added.

“I thought the fans were brilliant; they came out in numbers and there was a real buzz. We just couldn’t get over the line, which is a shame.

“But looking back on the season, the boys can be proud of themselves and how far we have come. Hopefully, we can take the positives and come back stronger next season.

“The referee got it right for the penalty. As a goalkeeper, it’s a matter of fine margins. Obviously, I brought him down; it was a mistake on my part, but I had to go for the ball.

“It’s disappointing that I didn’t get there. That’s the life of a goalkeeper; you live and die by your decisions and I got that one wrong.

“We lost, but I know that the lads will definitely learn from this experience – especially me. I’ve got an opportunity to learn here and that’s exactly what I’ll be doing.

“I’ve spoken about it many times; the football club is a fantastic place to develop and get better. I’m sure that will happen in the future.”