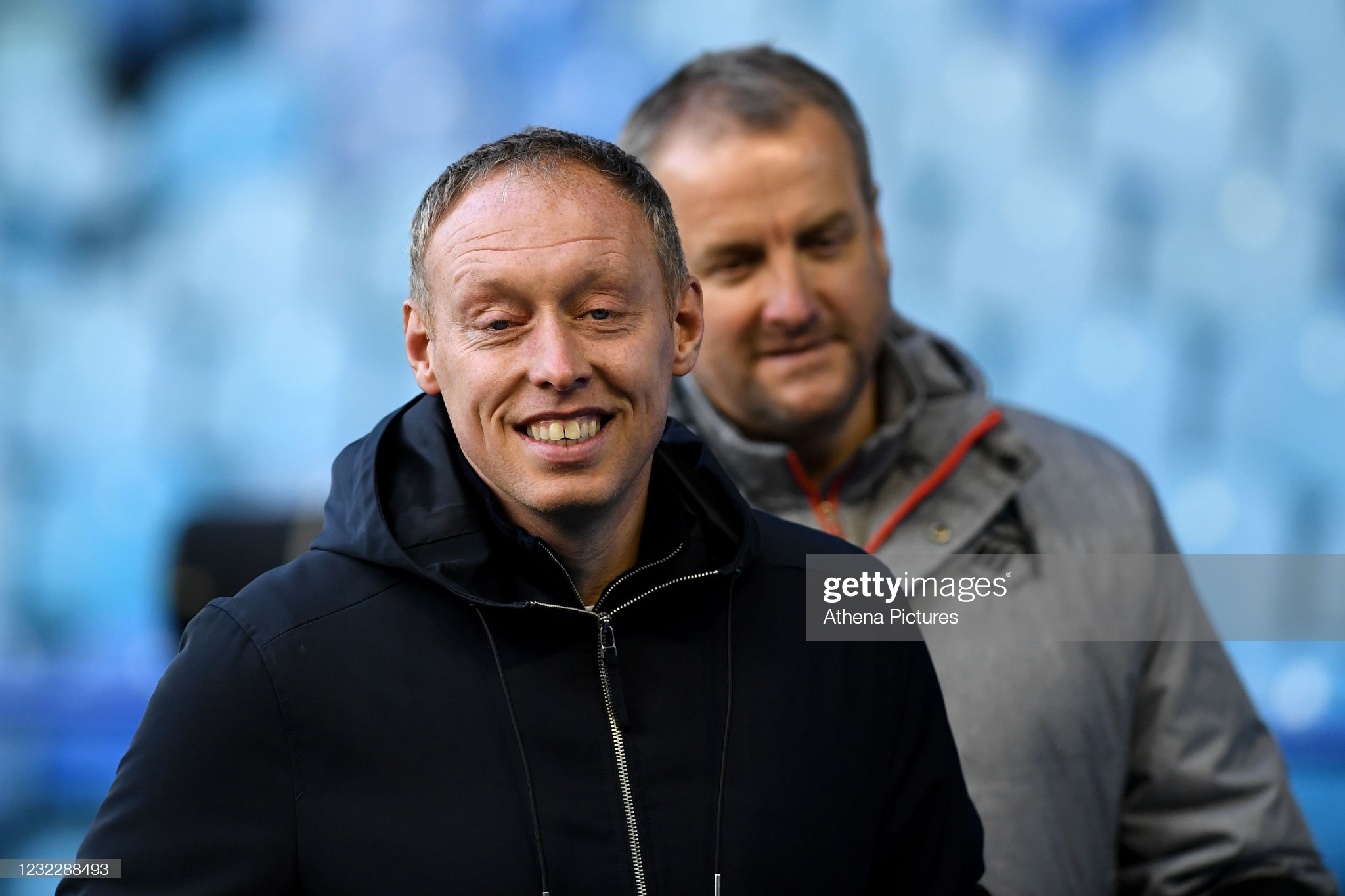 Steve Cooper has told Swansea City fans that “anything is possible” as they start the countdown to the promotion play-offs he hopes will take the club back into the Premier League.

The Swans head coach is preparing his team for their final home match of the regular season against Derby County tomorrow, their first game since they clinched their place in the post-season shoot-out for the second successive season.

Cooper’s team will then play already promoted Watford on the final day, with only the play-off opponents still to be resolved.

As it stands, fifth-placed Swansea could still come up against any of their three play-off rivals – Brentford, Bournemouth and Bansley.

Of the four clubs, Swansea have the poorest current form, with two wins in their last five games. Brentford have three, while both Bournemouth and Barnsley have won four.

But three wins – or a sequence of two wins and a draw – will take Swansea back to the Premier League after three seasons away.

Cooper insisted: “Anything is possible.

“It’s an ambition and objective for the club to get back to the Premier League. It was always going to be very tough this year, but we’re going for it.

“We want to use these two games to finish strongly and pick up points,” added Cooper, who took charge of his 100th game for the Swans in the recent draw at Reading.

“We’ve already got seven more points than what we had last season, with two games left to play.

“We want to try and add to that in the games coming up, starting with Derby at the Liberty.

“It’s been a tough season playing against teams with bigger budgets and squads, but we’ve kept competing and that’s credit to these players.

Cooper’s side are on 77 points – seven points more than last season’s tally after 46 games – along with the Cherries and Tykes, though Thomas Frank’s Brentford sit on 81 points.

The Swans boss is hoping his team can use their next two games as a way of boosting confidence and performance levels ahead of the play-offs.

It may also be used as time in which striker Andre Ayew is given a breather in order to rest his hamstring problem.

“I think we need to get the balance right,” said Cooper.

“There’s still two games left to play. A lot of good can come out from that in terms of results and performances.

“A lot of players are in good form and we want to keep momentum going.

“There’s a few lads like Andre (Ayew) whose struggling a little bit physically that we need to be careful with.

“He wasn’t 100 per cent against Reading, and in an ideal world we wouldn’t have used him. He’s had a little setback, but he’s not completely out for Saturday – if he is then he should be fine for Watford.

“There’s two games to play and we want to play well and win those. There’s two weeks of work which we will respect, then we’ll focus on the play-offs.”

✍️ Kyle Naughton has signed a one-year extension to his Swansea City contract and will remain at the club for the 2021-22 season.

Last season, Swansea were the surprise package going into the play-offs, having only sealed their top six finish in the final round of games.

This time, with two matches to spare, striker and leading scorer Ayew believes the additional preparation time can be used wisely.

“I am very happy we are in the play-offs,” said Ayew. “That was the objective at the start of the season, and we need to keep going and get ready for the play-offs.

“There is a chance to build momentum and finish higher in the table. We will keep going.

“It’s great to be in the play-offs a few weeks before because we can really get ready for what’s coming. We need to use that to our advantage.”