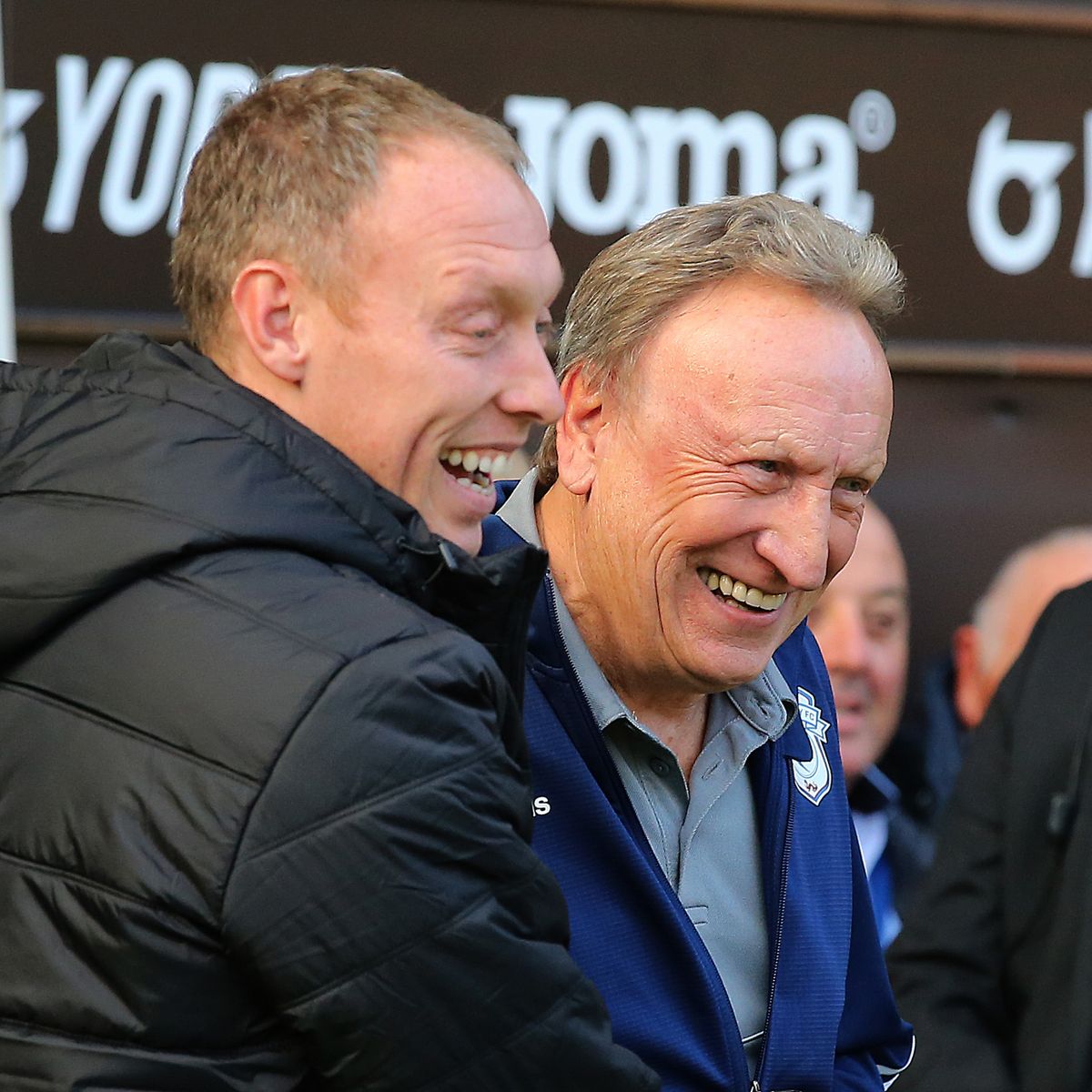 Steve Cooper insists he respects the staying power of Neil Warnock, but will be looking to outfox the old master when Swansea City visit Middlesbrough tonight.

Swansea head coach Cooper already has one victory over Warnock in his locker – the only other time they locked horns in October 2019 when a Ben Wilmot goal was enough to give the Swans a much celebrated victory over Cardiff City.

That was the beginning of the end for Warnock at Cardiff, although it was Cooper who had a hand in the 72-year-old’s re-emergence at Boro.

Back in June, a 3-0 Swans victory at The Riverside Stadium proved the straw that broke the camel’s back for Jonathan Woodgate who was sacked and quickly replaced by Warnock – his 18th managerial appointment in a 40-year career.

Cooper – in his first club job in charge – says he is an admirer of Warnock’s powers of endurance, but hopes his own team’s style of football will again prevail.

“We do respect what we come up against and the managers and coaching teams, you have to, but our idea is what we bring to every game, and that will be no different,” said Cooper.

“You have to recognise what he’s done, his longevity in the game and the amount of promotions.

“But we analyse every game the same and look at how a team plays, what are their strengths and what are their weaknesses and hopefully get our own house in order and try and get the best plan.

“He’s a really experienced manager and his coaching team are, too. They’ve got good players, and I know they got beat against Huddersfield, but in general, they’re in good form. It’s another tough game.”

After winning four matches in October, Boro have stalled with just one victory in their last five games.

Swansea, in contrast, have won two and drawn one of their last three games and come off the back of a hard-fought 1-0 victory at Nottingham Forest on Sunday.

Another triumph tonight could lift them from sixth into the top two in the Championship, although Cooper believes the fixture list has done his club few favours in the past few days.

“Forest was a good day, but you’ve got to quickly put whatever’s happened to bed, win, lose or draw, and get ready for the next one,” he said.

“It’s a quick turnaround, it’s not been too kind to us, playing teams who have had an extra day of rest all the time, which is difficult in this schedule anyway.

“But we’re not going to let it affect us. They’ve [Boro] had a good start to the season, they’ve not conceded many goals, they’ve invested in some good players and obviously an experienced manager as well, that needs to be recognised.

“It’s going to be as tough a game as any away from home.”

As fans start to return to some parts of England in limited numbers – although not in Teeside or Wales – Swansea have rewarded loyal fans with a huge discount on ticket prices for next season.

Supporters who have kept up their season tickets this term despite not being able to attend matches due to Covid-19 can renew for 2021/22 at a cost of £99.