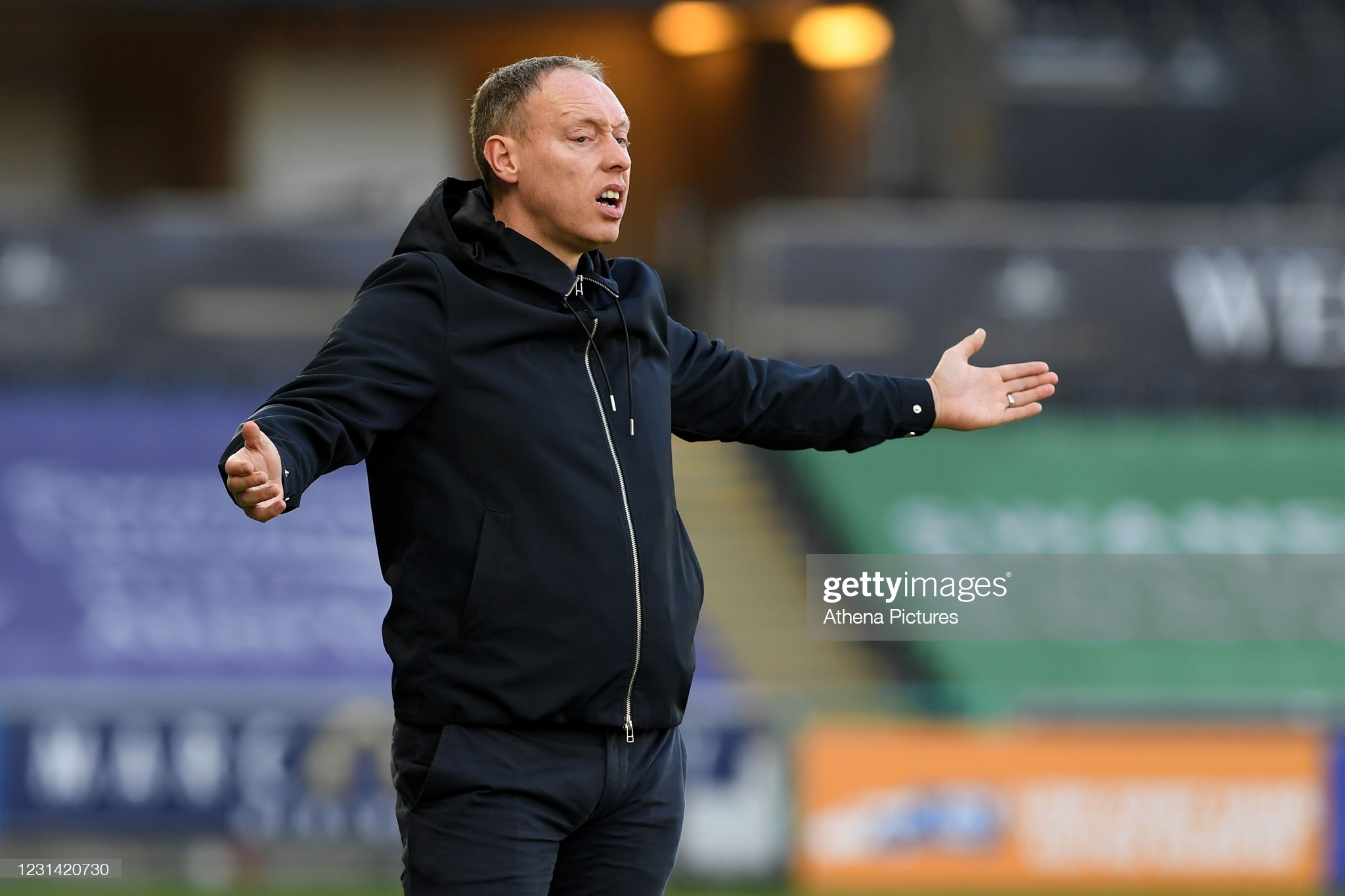 Steve Cooper insists the wheels aren’t coming off  Swansea City’s drive for promotion despite conceding more goals in their last three games than in the previous nine.

Cooper’s side head to Stoke City tonight – a club he says have spent lavishly – hoping to return to the defensive solidity that saw them concede a mere 15 goals in 28 games.

But four goals at Huddersfield and a further three at home last weekend against Bristol City caused them to lose two of their last three games and slip to fourth place.

“You can cry about it or just get on with it. We are going to get on with things, just as we would have done had we won last weekend,” said Cooper.

“We have to be confident about the situation in which we are in and give it everything we have got. Let’s get to Stoke and get back to work.

“We can’t afford to focus on what happens outside our games, we have to do our own job. I’m not going to moan about anything that’s not going my way.”

Cooper certainly had a few things to moan about after last weekend’s 3-1 home defeat against the Robins, including a goal direct from a corner and another that was a charge down of a clearance attempt from goalkeeper Freddie Woodman.

They are still well placed in the promotion push, with two games in hand on the teams above and below them. Norwich are currently 11 points clear of them, but Brentford are only five points ahead and Watford are only one point on in third.

“We are starting to get near to the defining part of the season and it’s been a great journey so far. Now it is all about keep you head down, staying focussed and living with the physical and mental fatigue,” said Cooper.

“It doesn’t matter if the players are tired or not. This is just the schedule we are on. If you are tired it doesn’t mean you can’t play well.”

“This will be a tough one because Stoke have a really strong squad of players, that have experience and talent,” he said.

“They have players who have cost a lot of money – that’s for a reason – and you know that playing Stoke will be a strong test, regardless of what form they are in.

“We are treating it that way, but we really want to go there in the right frame of mind; confident and committed in how we play and what we can do on the night.

“There is so much that can still happen, as we know from last season, so topics about whether we have had a good season or not are for the end of the season really.

“Now it’s about delivering when it counts, which is on game days, and we have to make sure we are ready to go, because those are the things we are in control of.”

Stoke have suffered back-to-back defeats to Barnsley and Brentford and look unlikely play-off contenders as they stand eight points adrift of sixth place, back in 11th.

This season, Cooper’s side are yet to taste consecutive defeats, and captain Matt Grimes feels that underlines the determination within the squad to react positively to a defeat.

“I think it’s testament to the character and mentality of the team that we always bounce back from a loss. Hopefully, we can do that again on Wednesday,” said Grimes.

“Obviously, we’re still in a very good position. We’re having a very good season and we’ll look to bounce back. It is a tough place to go – everyone knows that – but we’ll do our preparation, get our recovery done and be ready to go again.

“We know that we let ourselves down on Saturday. I don’t think we played badly, but conceded three very sloppy goals and lost the game. It can happen, but we need to dust ourselves down and go again.”