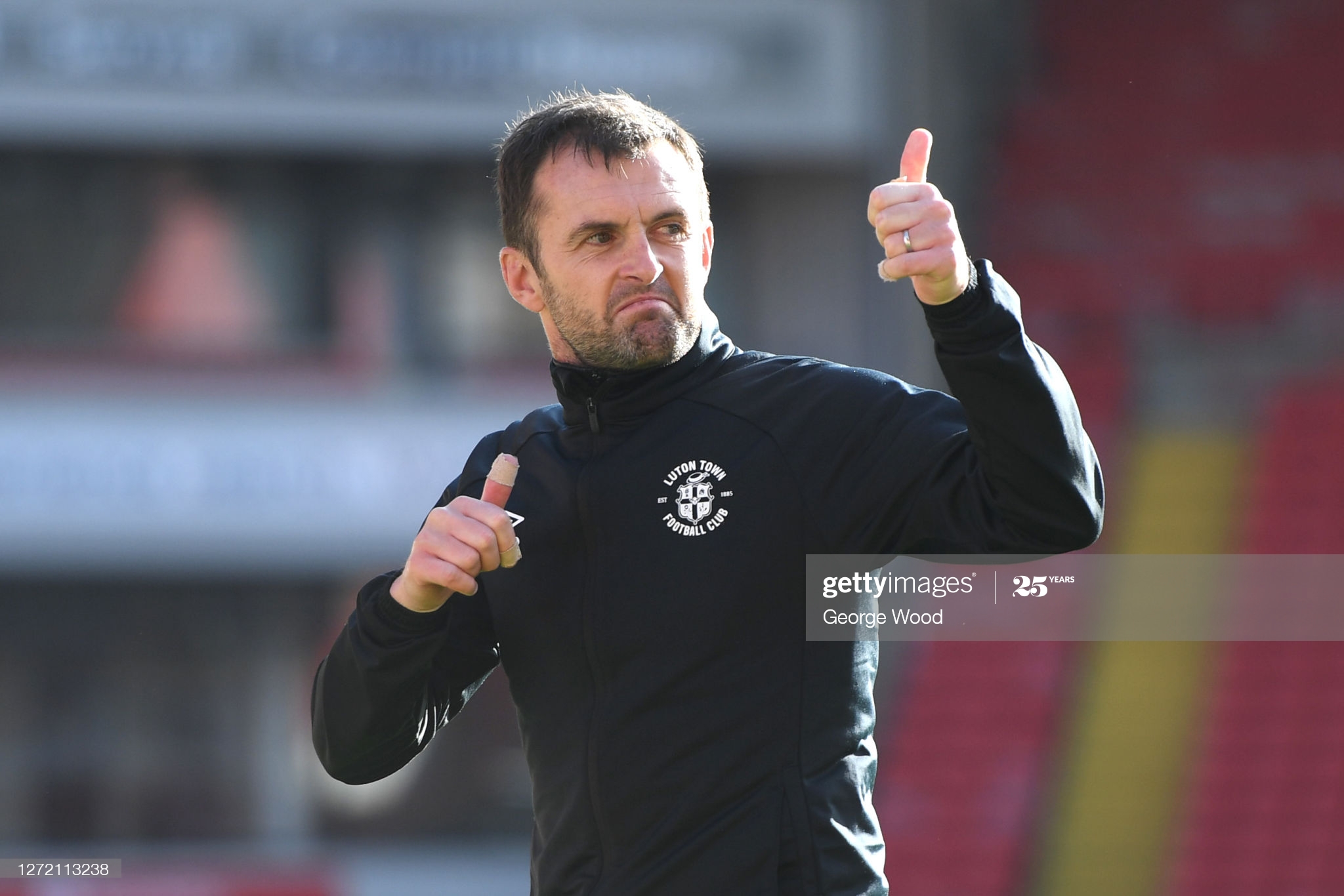 Steve Cooper admits he’s a big admirer of fellow Welsh manager Nathan Jones, but it will be a revenge mission on his mind when Swansea City host Luton Town today.

With Tony Pulis now at Sheffield Wednesday, there are a trio of Welshmen currently plying their trade in the Championship.

Swans head coach Cooper – who has been hit with an FA charge for improper conduct for comments about a referee following last week’s clash with Pulis’s Sheffield Wednesday – had to settle for a draw with Pulis, but the contest with Jones in an opportunity to right a wrong from last season.

Last time Jones took his side to the Liberty Stadium he picked up a 1-0 win six months ago. He also enjoyed a 2-1 win the season before as manager of Stoke.

Swansea could have gone top of the table in the Championship had they won at Middlesbrough in midweek, but a 2-1 defeat saw them drop out of the play-off places.

Luton, meanwhile, knocked over Norwich 1-0 and will head back to Wales a week on from their 4-0 hammering by Cardiff City in much better shape.

Now Cooper wants to get back to winning ways and make up for what he reckoned was one of the worst defeats of last season.

“Even though we are from roughly the same area, I met Nathan for the first time around our game last season when the result didn’t go our way,” said Cooper.

“He has done an excellent job since going back to Luton and his side is playing some excellent football. They’ll be coming to us on the back of a great result and it’s going to be tough.”

Having travelled more than 1,000 miles in the past week, Cooper is hoping that home comforts will help to get his side’s promotion bid back on track. Back-to-back away trips to Nottingham and Middlesbrough meant Cooper’s squad covered 1,100 miles.

They won 1-0 at Forest and lost 2-1 at ‘Boro and now face Luton Town and Bournemouth in successive home games.

Swansea manager Steve Cooper has been charged by the FA following his comments after Sheffield Wednesday’s 1-1 draw at the Liberty Stadium last week.

He claimed referee Andy Woolmer has allowed personal matters to get in the way of his officiating of the match.#SWFC

Add in a short trip up the M4 to the Welsh capital to face Cardiff City in the Welsh derby next weekend and it adds up to an easier week off the pitch at least.

“We try to adapt to whatever is in front of us, whether that is a lot of travelling or back-to-back home games. It’s about getting the right training schedule in place and working on recovery,” said Cooper.

“I’ve got a really professional group of players and they’ve moved on from the disappointment of losing at Middlesbrough.

“We know we didn’t play as well as we’d have liked but you can’t dwell on it. We’ll be ready for Luton, that’s for sure.”

While some teams in the Championship are preparing to welcome fans back into matches in England this weekend, there is no likelihood of the three Welsh Football League sides doing the same in the immediate future.

That, claims Cooper, could provide some of Swansea’s promotion rivals with an advantage.

“It doesn’t look like it’s around the corner here in Wales and that means it is not a level playing field.

“Up to now, whether it’s the schedule or fans in stadiums, even though it has been different and difficult, it’s been the same for everybody,” said Cooper.

“But now it’s not. So it becomes more of a talking point and it’ll probably have an influence.”