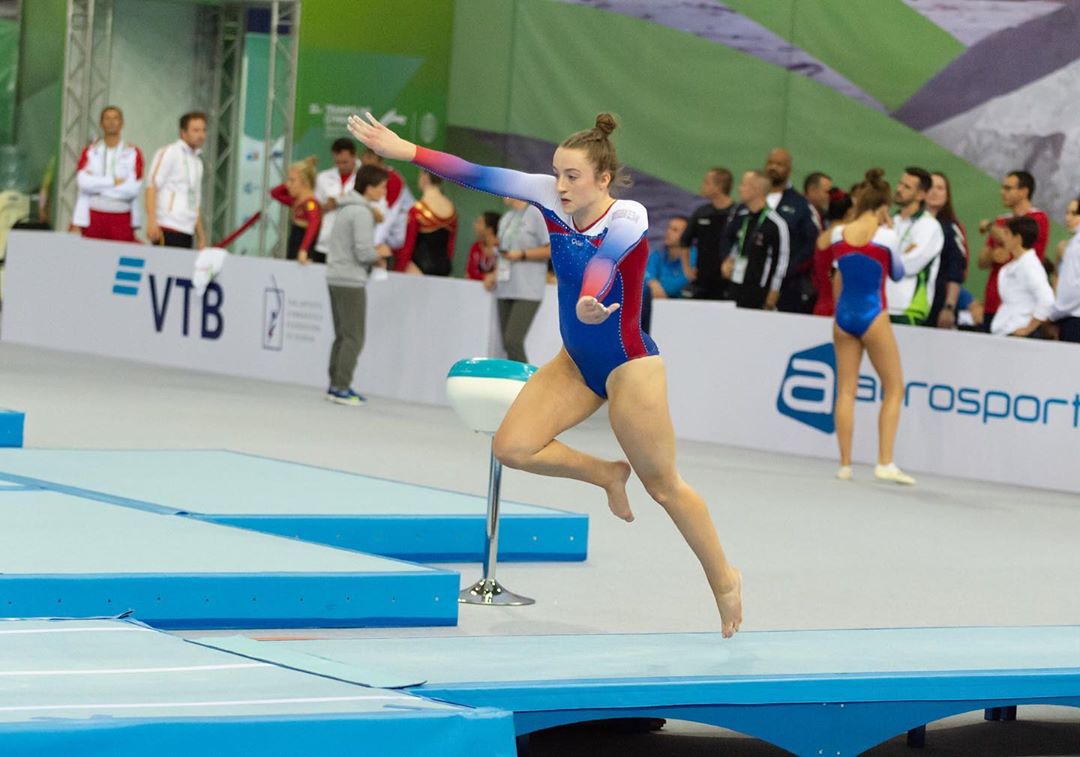 Welsh tumbler Megan Surman has been named in the British team for the 2021 Trampoline, Tumbling and DMT World Championships taking place in Baku, Azerbaijan next month.

The 23-year-old, who is originally from Swansea and now trains out of City of Birmingham GC, was the women’s 17-21 World Age Group tumbling champion in 2018.

She will be making her major championship debut as a senior at this year’s worlds, which are taking place from 18th to 21st November.

“I am just so excited and really looking forward to it,” she said.

“I was selected for the senior women’s team to compete at the European Championships, but unfortunately due to Covid the competition got re-scheduled to 2021 – and then due to the pandemic, we were unable to go and compete.

“As this is my first senior major international, I want to go out and compete clean runs and show everyone what I can do.

“In 2019 both the men’s and women’s team won team gold medals, so I really want to go out and do my job for the team!”

Meanwhile several of those gold medal-winning tumblers from the World Championships in 2019 return this time around.

Shanice Davidson (Durham) and Megan Kealy (Milton Keynes) won individual silver and bronze respectively at that same event and will be looking to lead the team alongside fellow 2019 team gold medal winner Kaitlin Lafferty from Basingstoke.

Surman returned to action at the Trampoline and Tumbling National Age Group Open competition held in Telford earlier this month, where she bagged a bronze medal, finished on the podium in the women’s senior category alongside Kealy and Davidson.

“The past 18 months have been tough for everyone, having such a long time off training was difficult, but it is so great that we are able to train and compete again,” continued Surman.

“The recent National Age Group Open was my first proper competition back after lockdown, it was really nice to be able to see everyone our on the competition floor again and be back competing at a national level.

“As this was our second trial for worlds my focus was to nail my prelim runs and try some new runs in the final, the bronze medal was a bonus.”

Surman also hopes her success will inspire others, adding: “I will always be proud to be Welsh and I hope that younger gymnasts within the Welsh tumbling programme will be inspired on their own journeys in the sport.”