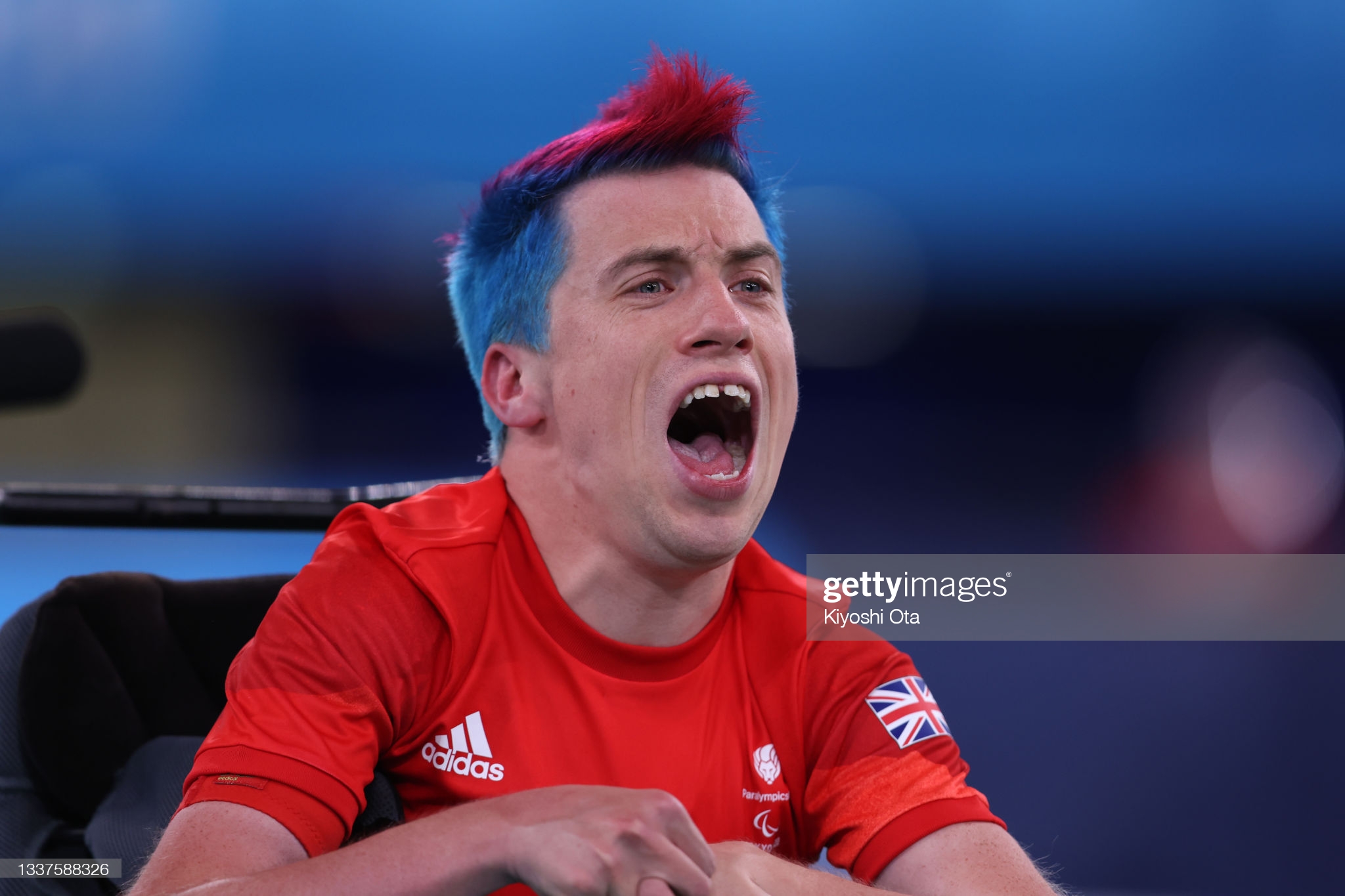 Swansea’s David Smith has been crowned the Cristiano Ronaldo of boccia following his history-making gold in Tokyo as he revealed the feat was inspired by the supernatural presence of his late grandfather.

The eccentric 32-year-old became the Paralympic-specific game’s most successful British player after retaining his individual BC1 title with a tense win over Malaysia’s Chew Wei Lun on Wednesday.

World champion Smith – who grew up in Southampton, but moved to Swansea 10 years ago – said he felt the spirit of Second World War RAF serviceman Charlie,  who died around 16 years ago, as he battled back from an early deficit to cry tears of joy inside the Ariake Gymnastics Centre.

He previously regarded himself as the boules-like sport’s equivalent to snooker great Ronnie O’Sullivan.

But, having grabbed the fifth medal – and third gold – of his Games career, was content to change his moniker to Manchester United’s Portuguese star after being likened to another footballing ace, Lionel Messi.

“I think I’m more like Ronaldo to be fair,” said Smith, who uses a wheelchair due to cerebral palsy.

“I call myself the Ronnie O’Sullivan of boccia to be honest but I’ll take whatever comes.

“I like to be creative, I like to put on a show, I like to play well but I prefer to win, so I guess you could put me in that camp.

“I’m probably unlike Ronnie and more like Ronaldo in that if I have to dig it out I will and I work hard to get what I need to do.”

Smith, who hails from Eastleigh in Hampshire – home of the Spitfire, initially followed in his grandfather’s aviation footsteps by studying aerospace engineering.

Boccia later took precedence and he once again stuck up two fingers at an industry where he never felt fully welcomed with a gripping 4-2 victory having trailed 2-0 after the opening end.

While relatives were banned from travelling to the Japanese capital due to coronavirus restrictions, Smith – who sports a distinctive red and blue mohawk – still sensed family backing.

“My grandad passed away when I was about 16 and he never really got to see all the things that I became afterwards,” said Smith, who is at his fourth successive Paralympics.

“I just had a weird feeling when I came out on court that he was there somewhere.

“Then the game happened and I nailed the jack with my first ball and I was thinking: yep, you really are here, excellent.

“Then the guy smacked it off, put his ball bang on and I was like, crap, this is a game then, I had to dig myself out of a hole.

“Obviously I went and buried it as I would but that was a bit weird and that was what the tears were for.

“Boccia basically took over my life with London 2012 and then with Rio. I never got warmly received in the engineering employment sphere so basically I left it, thought ‘Sod you then’, and focused on boccia.

“I love engineering, engines, gearboxes, turbos whatever, aircraft, World War Two all that stuff, I love it, but it’s their loss in my opinion and I’m focusing on something else.”

Glory for Smith on Wednesday evening brought Britain’s only gold on day eight of the Paralympics.

With time difference at these Games an ongoing issue for those back home, the scheduling of the event was palatable for UK-based television viewers.

Smith, who surpassed his idol Nigel Murray as GB’s most-successful player, hopes his performance can stimulate those with little knowledge of a sport which – alongside goalball – does not have an Olympic equivalent.

Never heard of Boccia? 🤔 Give it a watch then give it a go! It’s never too late to try something new and get #BackInTheGame pic.twitter.com/FEJHv2FBii

“You don’t have to be disabled to play boccia and to be honest the disabled guys would probably kick your a*** at the moment.

“I wouldn’t be a Paralympian without it, because I swim like a brick, I can’t run, I couldn’t throw a club in athletics because I’m in the wrong disability category, so what else is there? What else could I do?

“I’d be rubbish at goalball, I’d be pretty useless at sitting volleyball as well, and the squad can testify that I’m pretty crap at table tennis too!

“This week has been great having boccia on the livestream for the first time.

“It’s a great sport and that’s quite emotional too – that finally boccia is getting the recognition it deserves.”

Fellow Briton Scott McCowan missed out on the podium after losing his individual BC3 bronze medal match 6-1 to Australia’s Daniel Michel.