Neil Harris is happy with the transfer business Cardiff City have done so far this week - but knows he has to start repaying the backing with wins. Right-back Perry Ng from Crewe and Crawley striker Max Watters have added to his options as the Bluebirds face QPR at home on Wednesday.

Dai Young has admitted he was left burnt by 16 years of non-stop coaching, but still believes there is enough fuel left in his tank to ignite Cardiff Blues. The new director of rugby at the Arms Park has only been appointed on an interim basis until the end of the season. But after just a week back in his former seat of power, Young has revealed he plans being around for another long haul if things go according to plan.

How Long Before Bigger Clubs Notice The Job Being Done by Swansea City's Steve Cooper?

Swansea City travel to Blackburn Rovers tonight where a sixth victory in their last seven games would further strengthen their position in the Championship’s automatic promotion places. Head coach Steve Cooper is exceeding most expectations, a familiar achievement says Jack Hammett, but one which normally signals the attention of bigger clubs elsewhere.  Like hipsters talking about successful bands, Swansea City fans can also be smug about the managers who started their rise to success in the Liberty Stadium dug-out. “I knew them before they were big”, kind of thing.

Cardiff City have reached an agreement with Crewe over their club captain Perry Ng, according to the League One club. Ng, 24, will become Cardiff’s second signing of the January window for a fee of around £500,000. Ng was withdrawn from the Crewe side that drew 1-1 at Plymouth on Saturday amid speculation over his future, and the defender will now complete a move to join Neil Harris’s squad.

Jayne Ludlow is heading towards a new role with FIFA after ending her spell as manager of Wales. The Football Association of Wales has announced Ludlow has stepped down by “mutual consent” after six years in charge of the national women’s team. Ludlow had been at the helm since October 2014 and became the first manager to lead the side for more than 50 games.

Elfyn Evans is hoping to give it the full Monte when he launches his FIA World Rally Championship campaign in Monaco on Thursday. The Dolgellau ace saw his dream of becoming the first Welsh driver to win the title dashed in the final round last season when he slid off the road in Italy just six weeks ago.

Mark Jones has moved a lot closer to home and insists one day he wants to return to Welsh rugby. The new assistant coach at Worcester Warriors had been working in New Zealand with the all-conquering Crusaders, but even the best non-Test team in the world had to give way to coronavirus. Having made it back from Canterbury in December for a Christmas break, the pandemic and its effect on flights and transglobal workers meant the Jones family were unable to resume their new life in the southern hemisphere.

It's Wales v Italy . . . As Laura McAllister Steps Up Campaign For FIFA Seat

Wales fans are hoping for success at the re-scheduled European Championships later this year, but before then there is another head-to-head. FIFA has an empty seat at the table and there’s a Welsh woman with a formidable background who wants to claim it as a step towards change as Graham Thomas reports. Welsh football may be weighed down with uncertainty at present, but one opportunity close to hand is a chance to get a place around the most powerful table in the sport. Laura McAllister – a former Wales international as well as ex-chair of Sport Wales – is standing for election to the FIFA council and intends to use that platform to further transform the women’s game in both Wales and around the world. 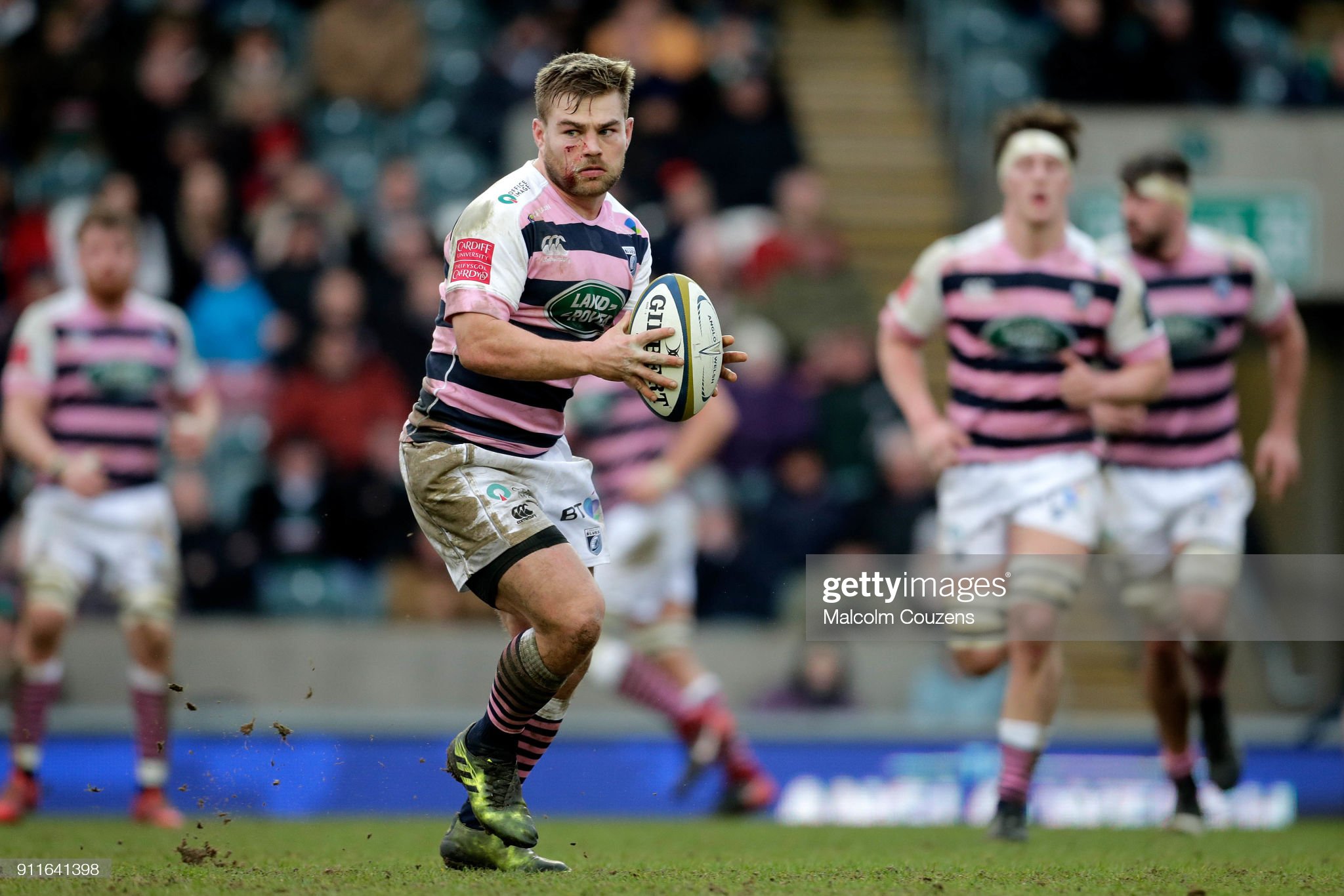 Jack Roberts . . . Was A Tiger, Then A Blue, But Now A Knight Seeking Redemption

As Cardiff Blues host Leicester Tigers tonight in the European Challenge Cup, former Blues and Tigers centre Jack Roberts is hoping to put his injury nightmare behind him as he aims to make his return to action in the coming weeks. After two injury ravaged seasons at the Arms Park, 27-year-old... Read More
23/11/2019contributorNo commentsDai Rug, Features

This time last year Jack Roberts was in Paris playing Champions Cup rugby with Leicester Tigers against Dan Carter’s Racing 92 superstars. Twelve months on the north Bangor-born, Llandovery College educated centre will be hoping to kick-start his Cardiff Blues career with an appearance against Leinster A in the British... Read More
12/1/2018Graham ThomasNo commentsDai Rug

Danny Wilson has pledged to maintain his professionalism and remain committed to the end at Cardiff Blues - despite facing a long, drawn out departure in May. Last week, the Blues head coach sensationally turned down a contract extension at the capital city region, preferring instead to back his talent,... Read More
4/10/2017Graham Thomas1 commentDai Rug, Features

Cardiff Blues coach Danny Wilson has claimed he has signed one of the most coveted young players in England in Jack Roberts. The Blues have confirmed Roberts is joining the region this summer from Leicester Tigers. The former Wales U18 centre will move to the Arms Park and will compete... Read More
15/2/2017Graham ThomasNo commentsDai Rug