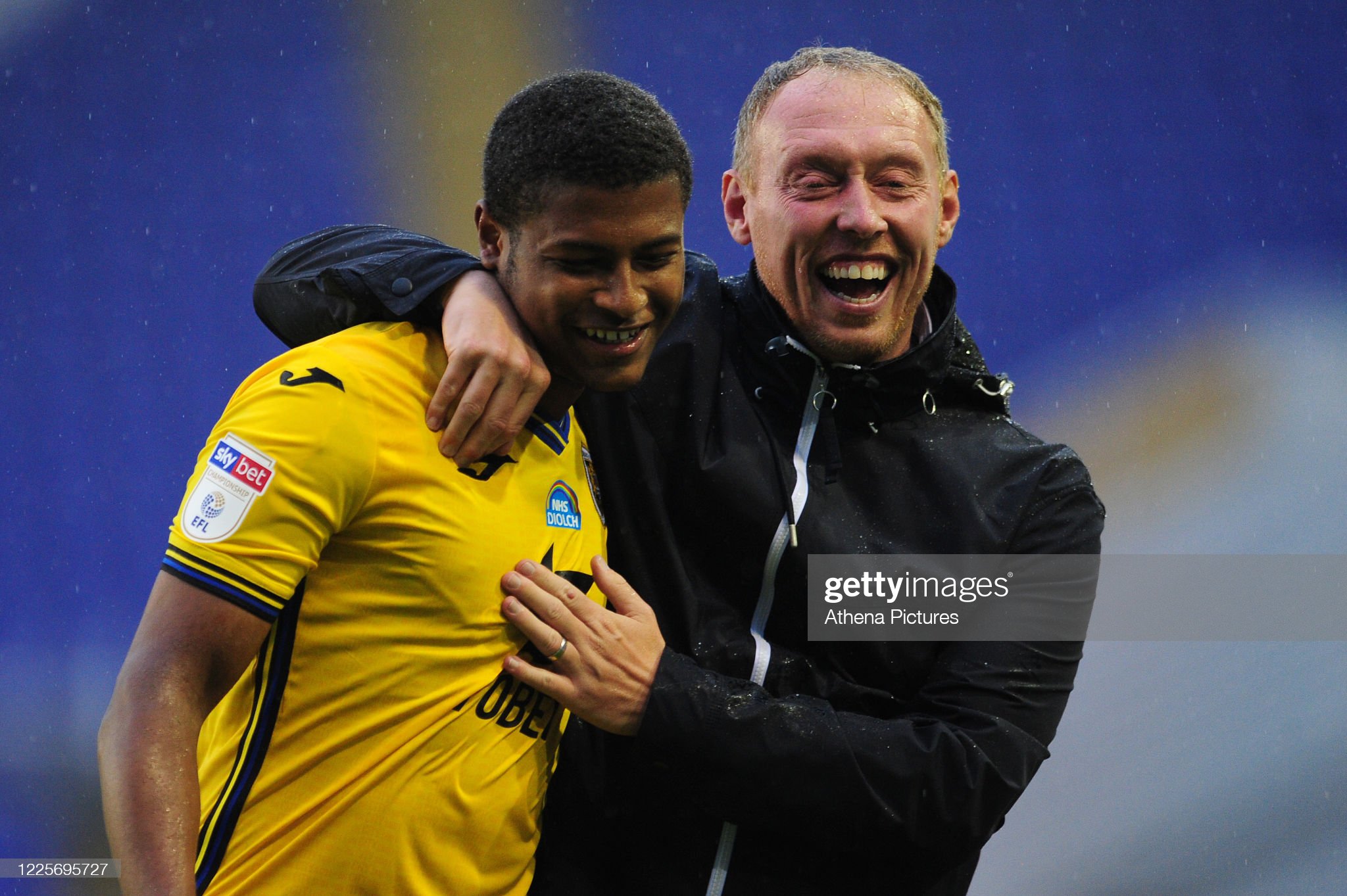 Steve Cooper has backed Rhian Brewster to remain the man for the big occasion after he started the comeback that saw his side move to within collar-breathing distance of play-off rivals Cardiff City. On-loan Liverpool forward Brewster scored his eighth goal in 16 games since joining on loan from Liverpool in January as the Swans beat Birmingham City 3-1 at St Andrew's. It meant back-to-back victories for Cooper’s side for the first time since December as they moved to within a point of sixth-placed Cardiff with four games remaining. The teams now have identical goal difference. 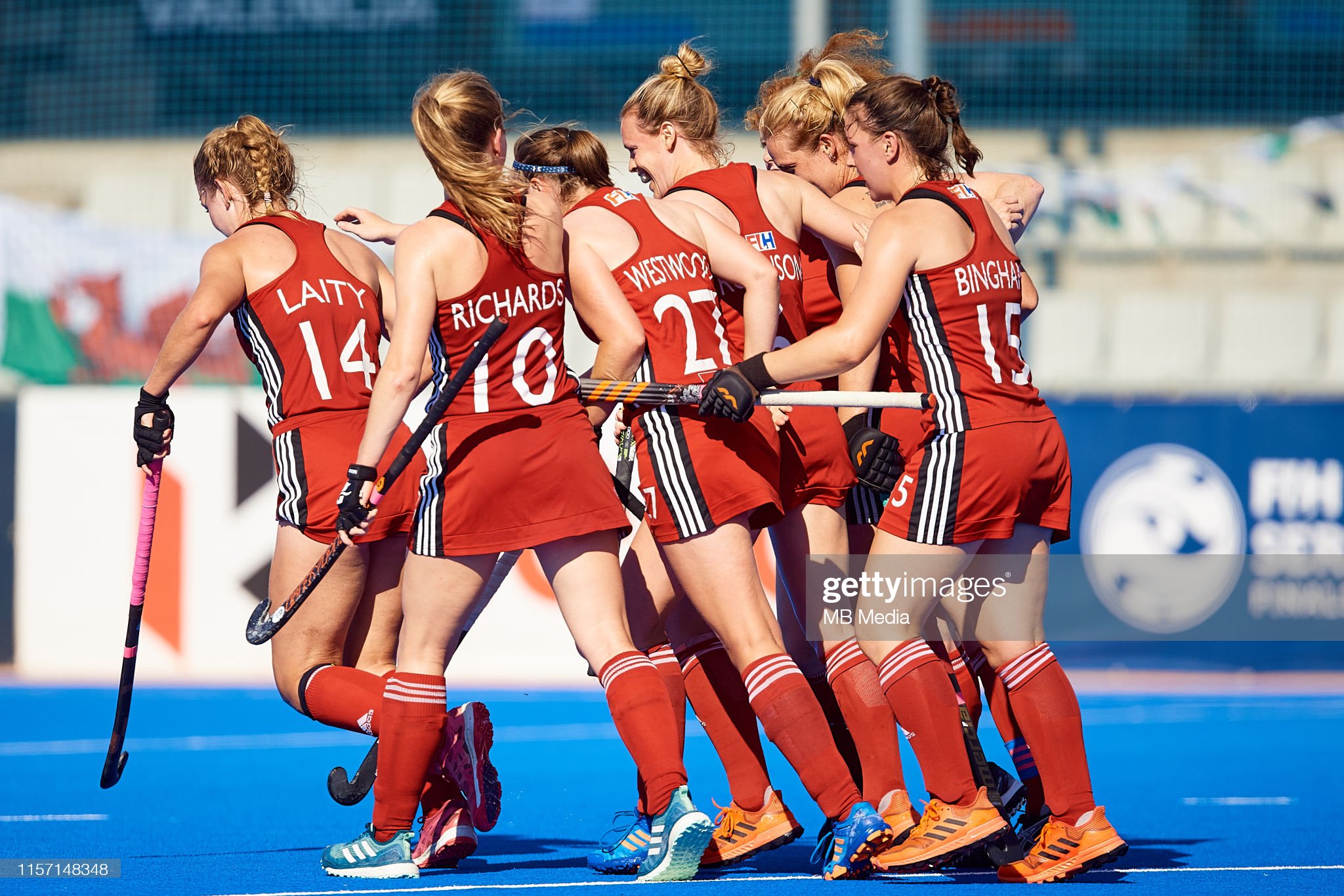 Women’s team sports must not be left behind in the return to action and recovery from Covid-19, a leading Welsh sports administrator has warned. Chris Jenkins, chief executive of Commonwealth Games Wales and a member of the committee liaising with Welsh Government on the staged return of elite performers, insists the planning is in place to ensure there is no long-term gender gap. Former Olympic champion Denise Lewis is one of many voices to have spoken of concern that women’s sport risks being marginalised during the current pandemic.

Wales Golf will be able to crown champions this year, with elite amateur events set to go ahead with safety measures in place. There will be men’s and ladies Welsh Amateur champions for 2020 despite the coronavirus crisis, as well as junior and age group champions. The Ladies Open Seniors is still scheduled to go ahead on the original date in September.

Wales international Harriet Lockley, aged 15, will be playing in her first pro event and mixing with the likes of 2018 Ladies British Open champion Georgia Hall and fellow Solheim Cup player Charlie Hull. It will also be making history as the first ladies professional event to be held at Open Championship venue Royal St George’s on the Kent coast.

The Cymru Premier could be thrown into chaos today if The New Saints are successful in challenging the Football Association of Wales over their method of ending the season. The FAW used an unweighted points-per-game method to determine final placings when they opted to end the campaign early back in May due to the coronavirus pandemic. That decision – which handed Connah’s Quay Nomads the title – is being challenged by The New Saints in the High Court. It’s expected that the judgement of the court will be delivered remotely today. 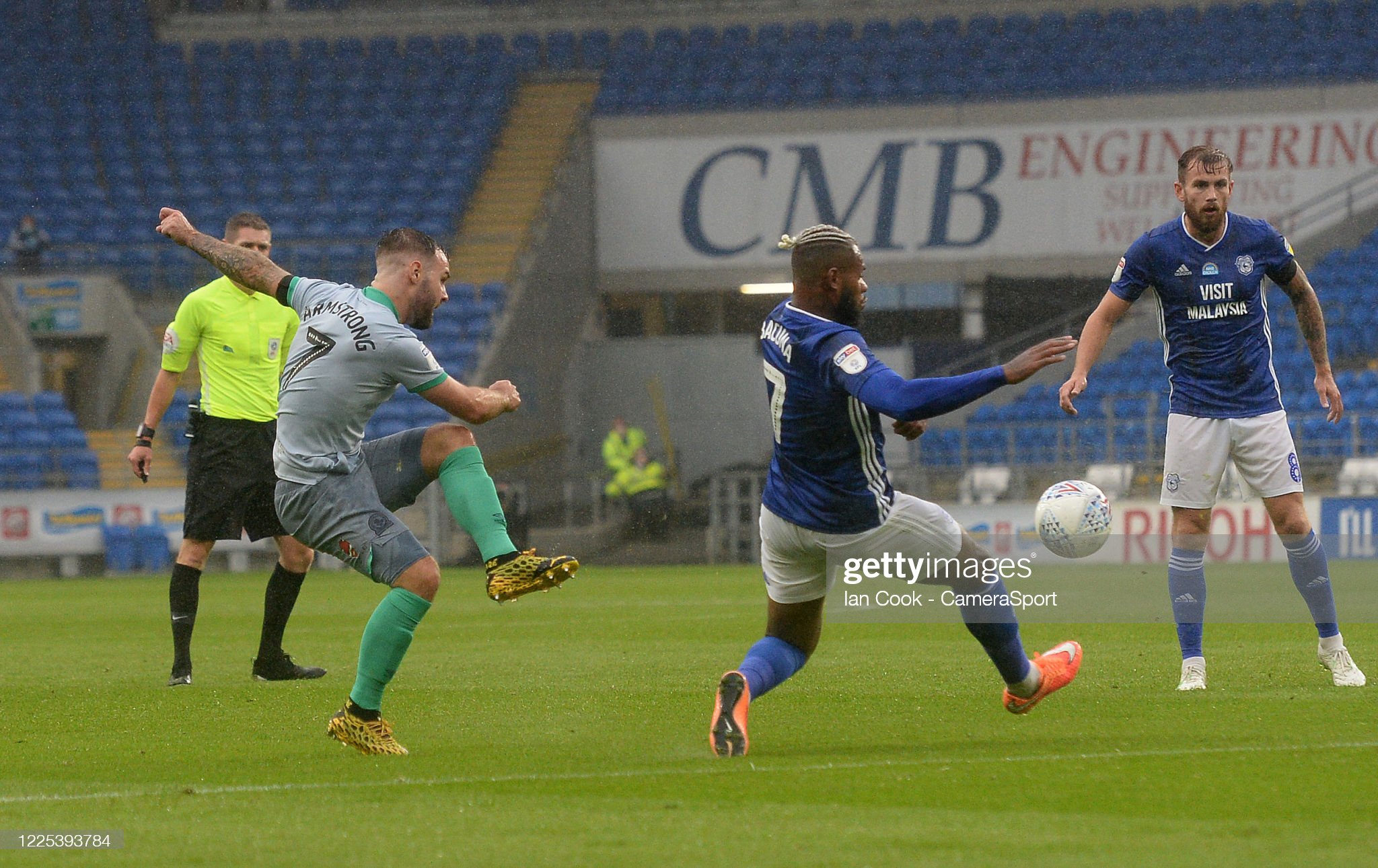 Neil Harris insists there will be no lengthy inquests into Cardiff City’s first defeat since lockdown – just a determination to recover their ground quickly in the race for the Championship play-offs. The Bluebirds’ surprise 3-2 surrender at home to Blackburn Rovers on Tuesday night – after they led 1-0 and 2-1 – has opened the door to both Derby County and Swansea City in the fight for sixth place. But Harris is refusing to give it much of a backward glance after believing Adam Armstrong’s spectacular 45-yard winner was worthy of settling any game. 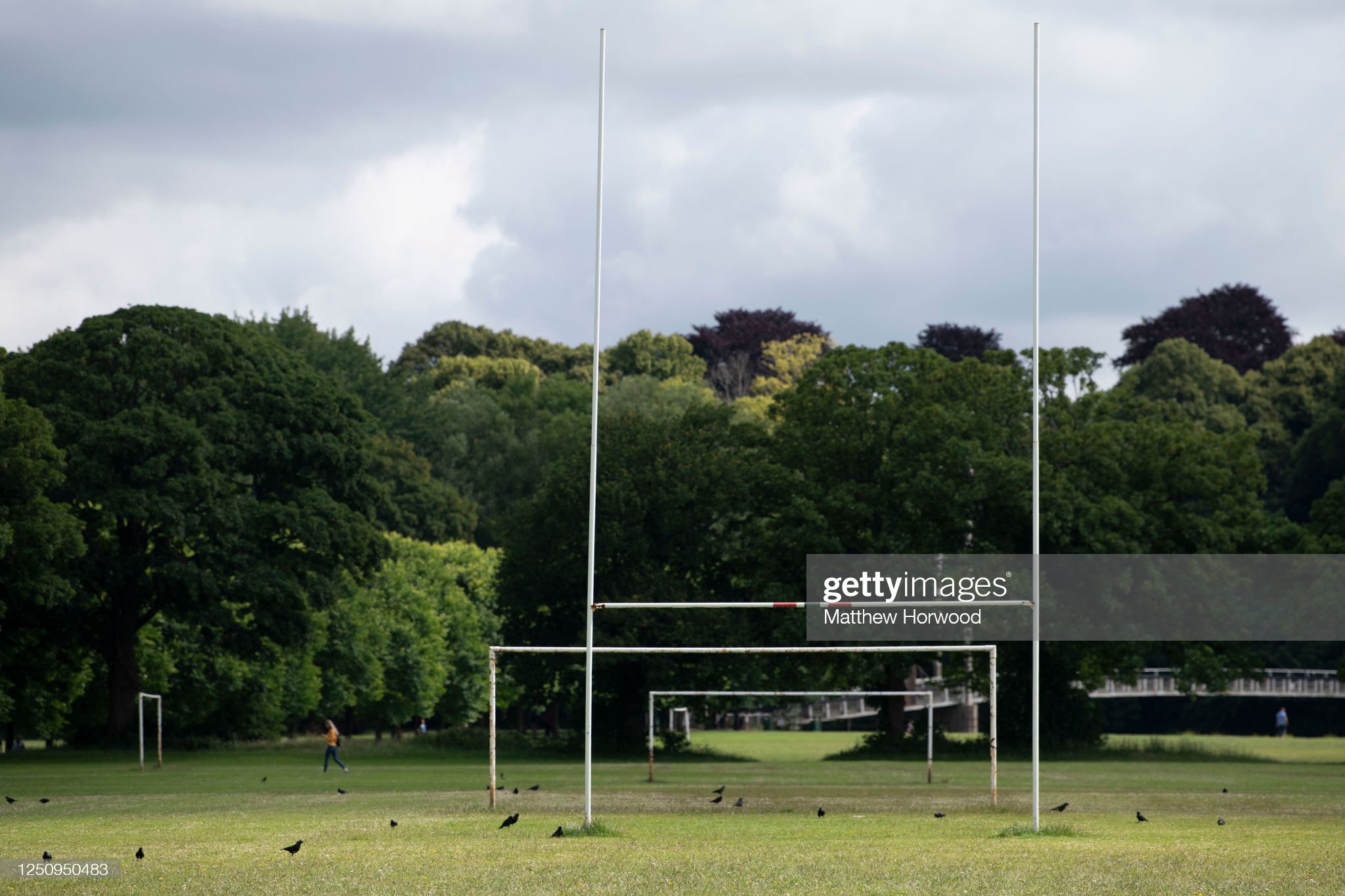 A new fund of up to £4m has been launched by Sport Wales to help grassroots sports clubs and community organisations get back on their feet. The new ‘Be Active Wales Fund’ will provide a major source of support to protect community clubs and organisations that have been badly hit by the Covid-19 pandemic and help them prepare to re-start activities safely. The grant funding has been made possible thanks to Welsh Government and repurposed money from the National Lottery, which continues to be one of Welsh sport’s biggest supporters.

The highest profile woman in Welsh rugby could soon be leaving after only seven months in her role. Amanda Blanc – the independent chair of Welsh rugby's Professional Rugby Board – is likely to step down after only being appointed in December. Blanc has been made chief executive of insurance giants Aviva - parachuted into the top position in the company after former chief executive Maurice Tulloch left "for family health reasons". He also retired from his position on the Aviva plc Board and his successor took over the reins immediately.

Premier League Veterans Can Give Us The Edge, Says Cardiff City's Neil Harris 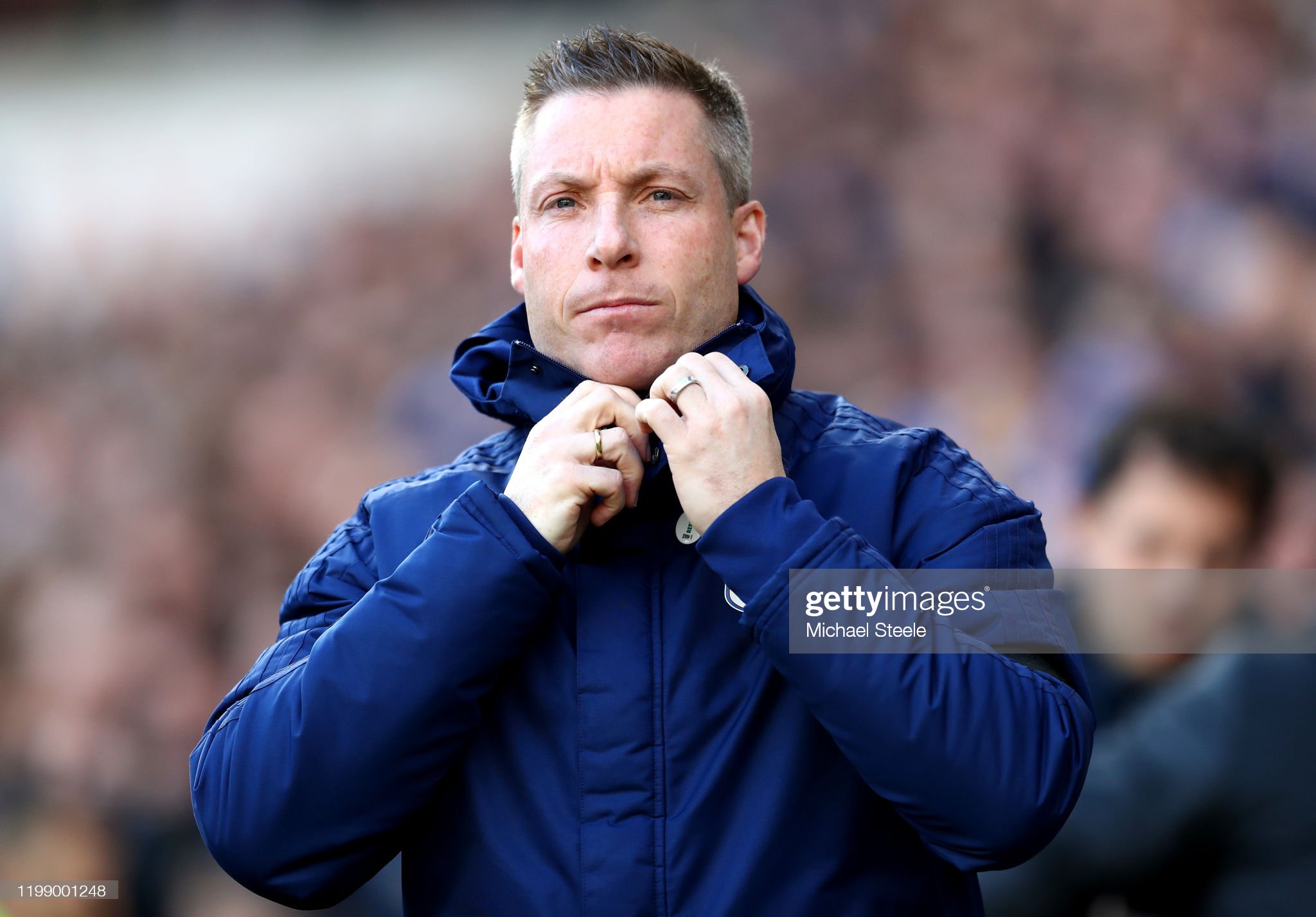 Neil Harris insists worldly-wise wisdom can guide Cardiff City past Blackburn Rovers tonight and move them one step nearer towards clinching their place in the Championship play-offs. The Bluebirds manager believes the experience of players like Sean Morrison, Joe Ralls, Junior Hoilett and Sol Bamba – who all won promotion with the club two years ago – can provide the foundation for another successful mission in reaching the Premier League again. Cardiff welcome Rovers, holding a three-point lead over Derby County in seventh and a four point advantage over Swansea City with just five games left.

As the Cardiff Devils continue their search for a new head coach to replace Andrew Lord, managing director Todd Kelman has admitted he has a big job on his hands. The most successful coach in Devils' history after seven years in charge – who left to join Greenville Swamp Rabbits in South Carolina – is casting a long shadow across the ice, says Matthew Burgess. Sometimes in sport, people pass through teams as part of their journey to great things. It’s been two weeks since his tearful departure was announced, but Andrew Lord passing through the Cardiff Devils feels quite like one of those times.

Cardiff City (u-18) 5, Colchester United (u-18) 4 Terrific ‘Taz’ clinched victory for the Bluebirds’ under-18 team to victory in a nine-goal thriller at Cardiff Sports Campus. Ntazana Mayembe fired the winner after 81 minutes after the visitors had stunned Cardiff City by scoring four goals in 13 first half minutes -... Read More
26/1/2020Terry PhillipsNo commentsDai Foot

Bluebirds Aim To Line Up Lions Revenge Mission In Cup

Cardiff City are aiming to line-up a revenge mission against Millwall in an FA Youth Cup tie this evening. The young Bluebirds play AFC Bournemouth at the Vitality Stadium in Dorset (7pm) - and the winners will play Millwall at home in the last 16. The Lions stand top of Professional Under-18... Read More
14/1/2020Terry PhillipsNo commentsDai Foot