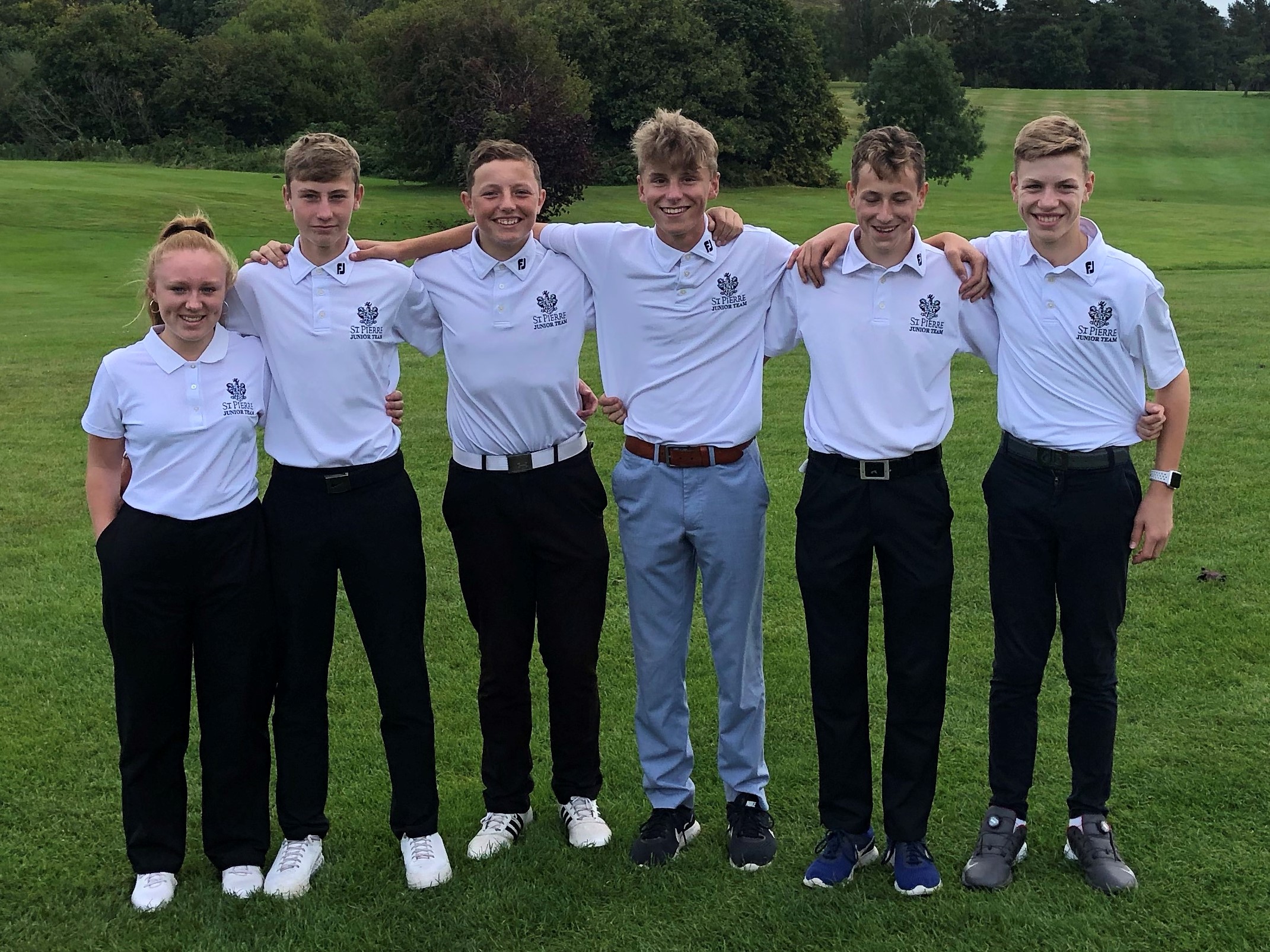 More will be added each year after the ambassador programme was introduced to recognise the achievements of elite, home grown juniors.

The trio will play key roles in the support and development of junior golf at St Pierre and across Chepstow and the surrounding areas.

Harry Paterson, who is 15, Piers Murphy (16) and Abigail Jones (16) all started their golfing careers at St Pierre as youngsters within the club’s Rangers programme run by professionals Matthew Partridge and Jack Roberts.

Paterson is Gloucestershire Schools U16 champion and finished third in this year’s Men’s Club Championship at St. Pierre.

Murphy recently won the Gwent U16s strokeplay title and was runner-up in the Men’s Club Championship.

Jones is a winner of the Tredegar Park Junior Open and with it the Girls’ Daily Telegraph title and is also a member of the Welsh rowing squad.

St. Pierre director or golf Paul Collins said: “It’s been a privilege to watch these talented young golfers developing over the last few years. They have a very bright future.

“We look forward to supporting them and many more with the Ambassador programme at St Pierre.”