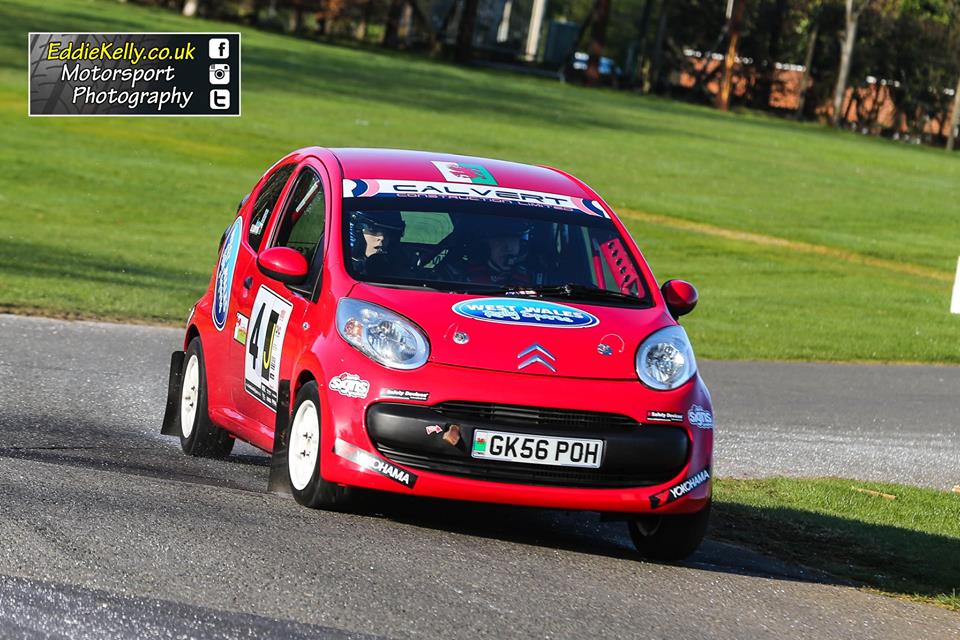 The Llandysul teenager, who finished runner-up in the series last year, set the fastest time on six out of the eight stages in his Citroen C1 to score a stylish 16 second victory on the all-asphalt event, which was held near Edinburgh Airport.

The result has moved Lloyd and co-driver Jonathan Jackson (who is originally from Colwyn Bay) up to fifth in the F1000 driver standings, two points ahead of fellow Welsh driver Max Hughes and equal on points with fourth-placed Robert Wilson. The three drivers ahead of Lloyd have scored on both rounds, and with the best six scores from 10 rallies counting, this puts him in a very good position going into round three on Anglesey.

“We made the journey up to Ingliston in Scotland from deepest West Wales for the DCC Ingliston Stages and we came away with our first scoring round of the year and the buzz was immense,” said Lloyd.

“It was our first time at the venue and it really looked interesting from the walk around we had in the morning. We set off with Jonathan Jackson back on the pace notes and we had a good start. We eventually set fastest time on six out of the eight stages to take my first ever rally win. I’m chuffed with the result and looking forward to the SMC Stages on Anglesey in just under two weeks time.”

“It was a great day at Ingliston, taking six out of eight fastest times to win by sixteen seconds,” added Jackson. “It was a faultless drive by Ioan – nice and smooth, and carrying speed with great mechanical sympathy. To be able to sit alongside him as he develops as a driver is rewarding. He thoroughly deserves his first win, very proud of you Ted Bach!”