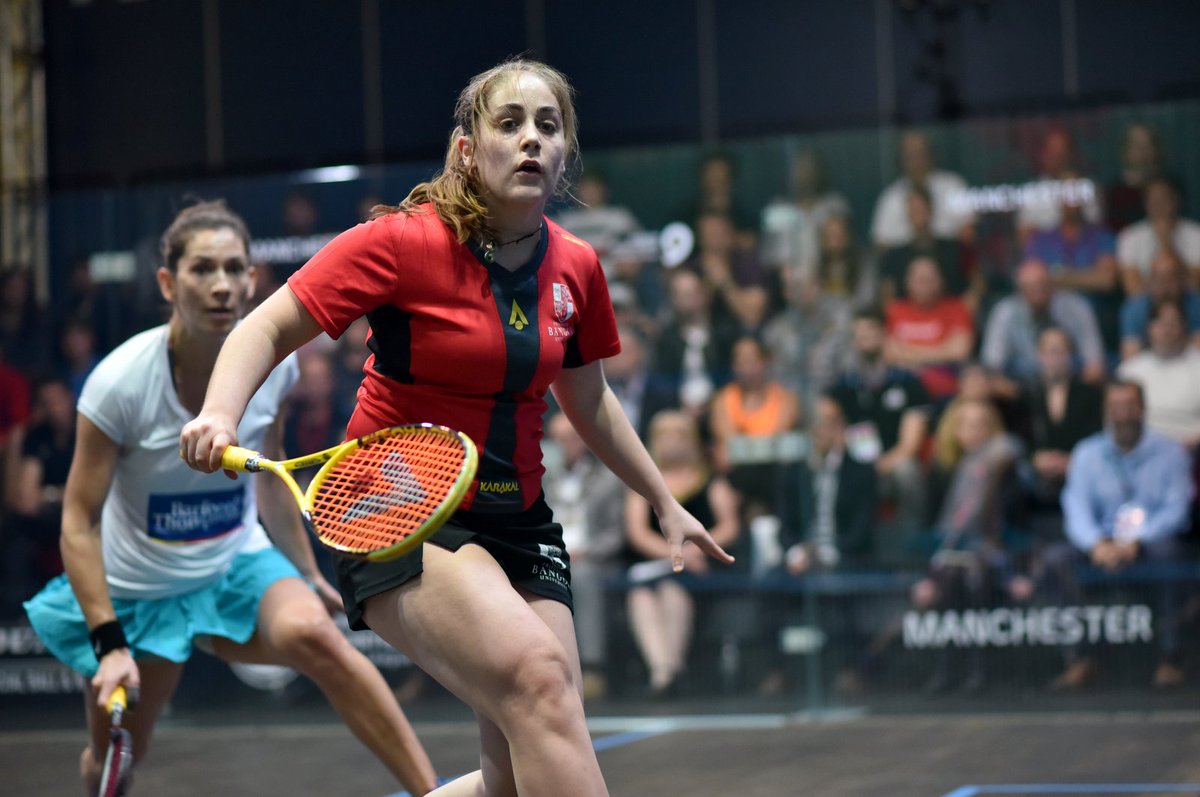 Tesni Evans is returning to best form in Cairo.

Tesni Evans saw her run at the Black Ball Open in Cairo ended at the quarter-finals.

The 28-year-old took a see-saw first game against No 4 seed Hania El Hammamy 12-10 having saved a game point.

But Evans can take heart from her displays in reaching the last eight of the tournament.

🗣 "The crowd has come roaring to life!"

The No 8 seed and world No 9 is getting back to her best squash after seeing last season wrecked by an ankle injury.

“I am really happy that I managed to win in four,” said the defending champion. “Tesni is a tough opponent, very talented, very tricky.

“I really had to stick to my gameplan, try to not to run too much and I think in the first game, I was up and then I lost my focus and then she outplayed me.”