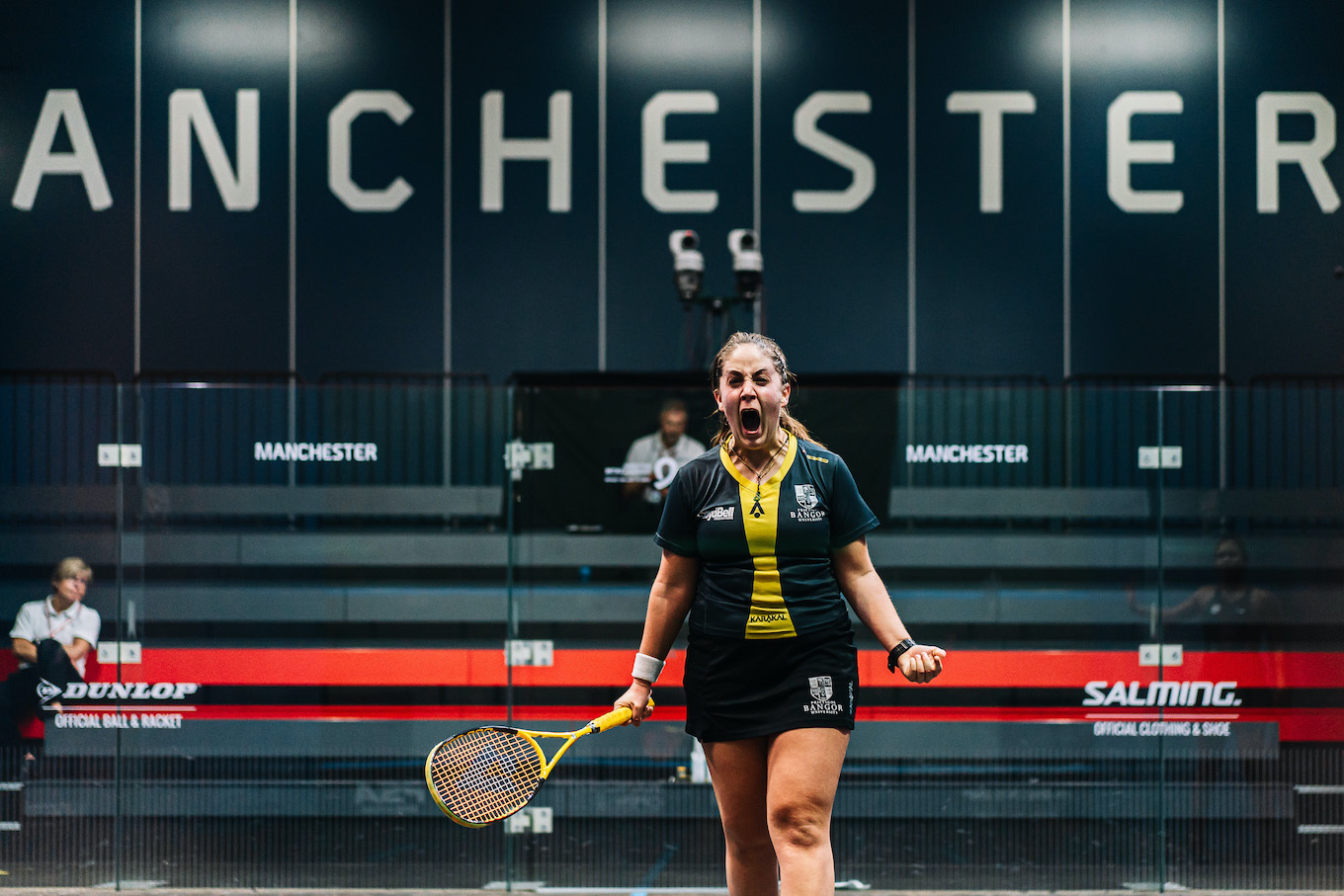 Tesni Evans celebrates victory at Manchester Open on her comeback to tournament squash after an ankle injury teethe COVID-19 suspension.

Tesni Evans dug deep to win her opening round match at the PSA Manchester Open after eight months out.

Wales’ squash ace, seeded seven for a tournament where she reached the final last year, triumphed 3-2 over Zeina Mickawy of Egypt.

The Rhyl-based player had only had 17 minutes of on court action this year due to injury then COVID-19 forcing squash to be suspended.

Evans has not played since suffering an ankle injury in the second round of her match in the Tournament of Champions match when she, unfortunately, collided with opponent Olivia Blatchford Clyne in New York.

“I’m relieved and shaky, I don’t know what that was,” admitted Evans.

“It was so up and down and she was taking my rhythm all the time and I hate that because I like to play with a lot of rhythm. It was really difficult, she played really well and was hitting shots from everywhere. I’m not really sure how I won but I’ll take that today and hopefully try and improve as the week goes on.

“I was trying to gee myself up, without the crowd it’s so different and I really enjoy having a crowd around to gee me up if I’m down. I had to get myself going at 2-2 because I was as flat as a pancake after that fourth game.

“I told myself to show how much I wanted it and at times I just sat back off her and let her take control of it. I took myself away and tried to give myself a good talking to.

“If someone was there talking to me they would give me a right load of abuse, so I tried to show myself just how much I wanted to win that and I think that just took me over at the end.”

Evans will face England’s Alison Waters for a place in the quarter-finals.

Joel Makin will face Scotland’s Greg Lobban on Friday after winning his first round match against Tom Richards (3-0) on Wednesday.

The tournament, originally scheduled for May 2020, is being played behind closed doors and is following strict protocols.